This is an IHRSA featured article, brought to you by Les Mills International.

Virtual fitness programming has been growing and the pandemic has supercharged its boom. What was once considered an optional extra for club operators is fast becoming a competitive imperative.

When the pandemic started and shutdowns ensued, perhaps the biggest unanswered question was: How do you engage members when brick-and-mortar facilities are completely closed off?

Communication was one thing, but how could you reach members with valuable solutions to keep them active and engaged?

Among the most effective answers was virtual programming; it gave members the opportunity to maintain their regimens at home, showed that their clubs were there for them; and created a tangible bridge to reopening.

Several large chains—Crunch Fitness, Orangetheory, Gold’s Gym, and many others—began streaming live classes, while remote programming became a daily ritual for many members stuck at home during the pandemic.

If you have digital solutions in place for your members, the prospect of reopening doesn’t mean it’s time to pull the plug. The game has changed, and clubs that don’t offer digital fitness solutions to complement their live offering risk being left behind.

The success of virtual programming came about, in part, from the consumers need to stay connected to work, friends, family, and other aspects of their lives. Turning to their computers, tablets, and smartphones offered people access to a means of communication that added an element of “normalcy” to their lockdowns.

Take streaming content, for example. In one recent study, DoubleVerify, a leading software platform for digital media measurement, data, and analytics, noted that daily time spent consuming content has doubled globally since the start of COVID-19 pandemic, from an average of 3 hours 17 minutes to an average of 6 hours 59 minutes.

That desire for connection has also powered a range of platforms on which remote programming takes place, including Facebook Live, Instagram, and the meteoric rise of Zoom.

Earlier this year, Zoom was a fledgling conferencing app occasionally used to dial in absent colleagues. Now, like Google and Uber before it, Zoom is as much verb as it is proper noun. Between March and August 2020, first-time installs of the platform, which was launched in 2013, ballooned by 728%.

In July of this year, Lululemon acquired upstart fitness content provider Mirror for half a billion dollars.

As the pandemic has continued, the list of competitors has only grown, including established players like Bowflex and NordicTrack, plus successful new players, such as Echelon.

In a review of Peloton’s quarterly earnings, The Motley Fool’s Parkev Tatevosian dropped a line that foreshadows the level of competition these platforms might create.

“The average monthly workouts per subscriber grew to 17.7, an increase of 27% year over year,” he wrote. “This figure will take the spotlight as gyms gradually reopen.”

“What COVID-19 has done is make digital fitness a core expectation of every club member in the world in just three months,” says Sean Turner, CEO of Les Mills U.S. “And that’s precisely why ‘Big Tech’ is preparing to strike. There’s no getting away from the fact that Apple, which recently introduced its own fitness app, Google, Amazon, and Facebook are all sizing up the fitness industry and represent a major threat for clubs.” 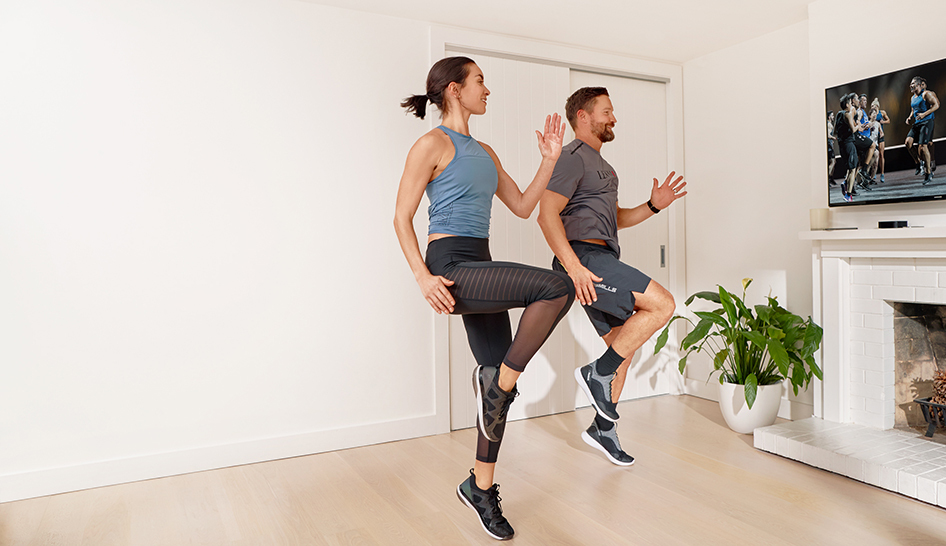 The Benefits of Buying In

The digital wave was coming well before the pandemic and IHRSA has charted its rise for the past couple years. But even as recently as December 2019—just months before the crisis unfolded—we noted that just 10% to 16% of operators offered members digital content. By April 2020, ClubIntel reported that three-quarters of clubs were offering access to streaming group fitness content or offering and on-demand either through branded club apps or by teaming up with a partner. LES MILLS On Demand (LMOD) was the most popular third-party option, with 31% of clubs choosing the platform to keep their members active and engaged.

Members were also, in some ways, ready for the coming crisis. Les Mills International’s 2019 Global Consumer Fitness Survey showed that 85% of those who had gym memberships also exercised at home and that 89% had some type of fitness app. And that was before COVID-19.

With the fitness landscape now changed forever, remote programming is becoming a must-have part of an operator’s long-term plan to engage and retain members.

“Through smart use of at-home fitness platforms, it’s possible to grow the fitness market and reach new audiences,” says Turner. “Clubs that can bridge the gap between the digital and physical world to offer members an integrated fitness experience will thrive in the future. It’s not just about four walls anymore; it’s about an integrated solution that allows people to get fit whenever and wherever they want to.”

The challenge of digital transformation may be daunting, but the potential prizes for determined clubs are seismic.

“Digital content offers huge opportunities for clubs to reach beyond their traditional, local audience,” adds Turner. “Now, anyone with an internet connection is a potential target for digital memberships. By taking the club experience into people’s homes through digital solutions, operators have the chance to reach huge swathes of the population who wouldn’t typically visit a club and help them start their fitness journey.”

Digital content offers a neat bolt-on to an existing tiered member pricing structure, making it a relatively simple way to create a new revenue stream for your club. It also affords the option of offering a new hybrid model to members that meets growing demand for a blend of in-club and remote experiences.

But the ultimate success of the program is rooted in its quality.

“Offering a truly connected member experience really is key and a big part of that is consistency,” Turner says. “Are you offering digital versions of the workouts that members love doing in your club? Conversely, are you offering better live versions of the workouts on your digital channels, so that users are enticed to come to the club more? That’s going to be key to upselling digital to your current members or full memberships to people who start with a digital-only package.”

Much like supermarkets, he says, consumers want a one-stop-shop for their fitness needs, so clubs should offer a compelling blended solution that combines the motivation and social connection of live fitness experiences in-club, with the convenience of digital workouts at-home.

“Providing a connected member experience that neither fitness apps nor boutiques can match puts your club in a strong position to keep current members—and attract new ones—by supporting them to work out however they choose,” says Turner. 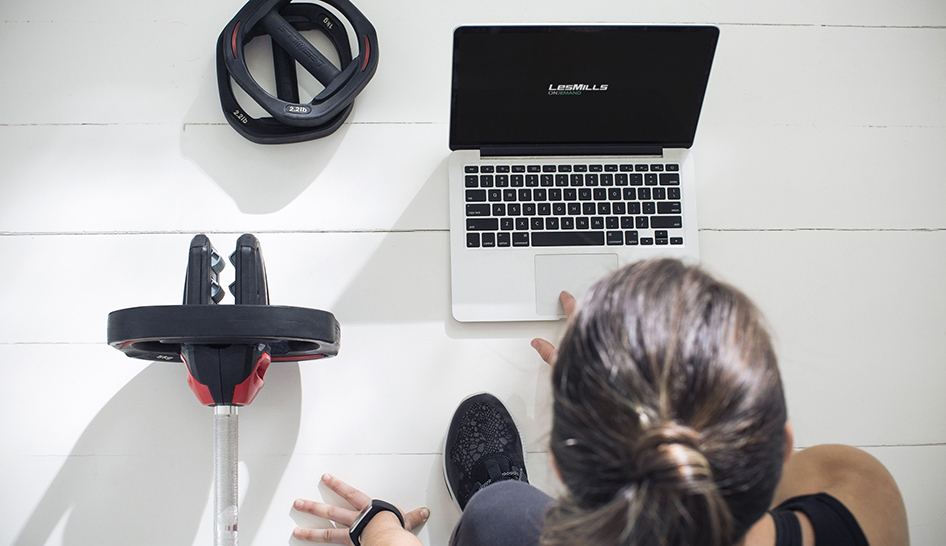 A Suite of Virtual Programming Solutions

“We’ve created a range of LES MILLS On Demand (LMOD) and livestream products designed to support clubs in driving new revenue and meeting growing consumer demand for a ‘blended’ fitness offering,” Turner says. “In recent months we’ve rolled out a number of new initiatives to help clubs overcome the challenges of the pandemic.”

These options include: LMOD Affiliate, through which clubs can upsell LMOD to their members and receive a share of the revenue; Les Mills digital workouts that clubs will soon be able to embed into their existing member apps; and the creation of livestream options for the most popular Les Mills workouts that members flock to in club studios.

“The pinnacle of fitness will always be live, in-club classes,” says Turner. “Digital and technology are important, but the human touchpoints they’re eroding in our lives—plus the isolating effects of the pandemic—mean that the social experiences clubs can provide take on greater significance. Digital is a huge part of our future, but ultimately people crave relationships and the clubs that can dial up the motivation through powerful shared workout experiences will be the most successful.”

You can learn more about Les Mills and their livestream offerings on their website.