When Passion Meets Practicality: From Roadblocks to Fitness Success

Learn how two club operators who faced location and design roadblocks managed to transform their ideas into brick-and-mortar successes.

Every fitness facility is born in the imagination—as someone’s vision of the perfect club. But reality often has a way of tweaking, or transforming, or even trouncing that dream.

You discover that local zoning laws don’t afford a suitable location. Or that the physical plant won’t accommodate the interior treatment you had in mind. Or that the space really isn’t appropriate for the type of programming you’d hoped to do.

The list of obvious obstacles—the ones that can be anticipated—is endless, and, sometimes, you don’t know what you don’t know until the process is already under way. 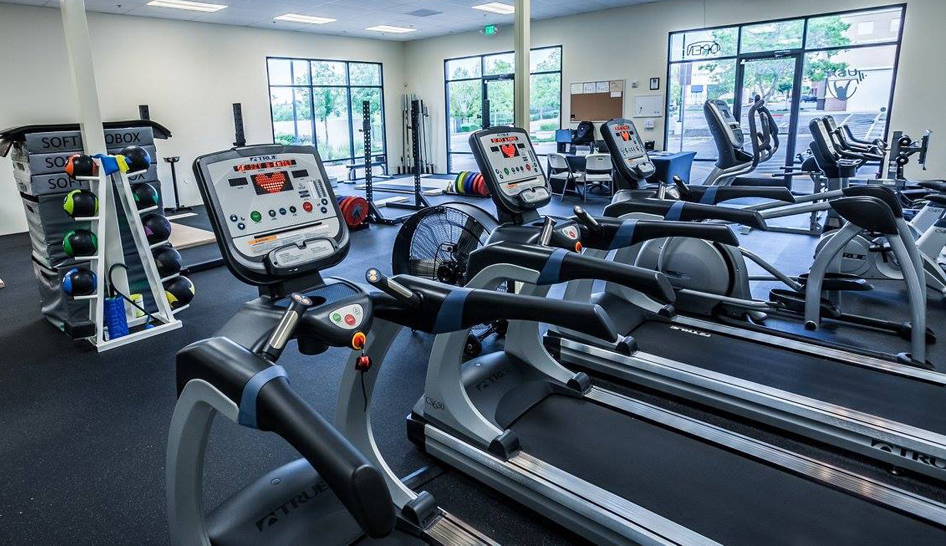 Zeroing in on Zoning

The Dream: When Kathy Thurston opened The Real Gym last March, she, like nearly everyone else who opens a club, did so out of a passion for fitness. Her dream for the 2,600-square-foot facility was informed—even driven—by her experiences as a competitive collegiate weightlifter.

That passion was deep and enduring. For 17 long years, during a stint in the corporate world, Thurston harbored a desire to run her own business, an impulse that begged to be satisfied.

“Throughout my career, I always remembered a class I took in college, in which we discussed what it takes to be an entrepreneur, and the answer was a willingness to work a lot of hours,” she recalls. “That’s pretty standard in the corporate world. So I decided that, if I was going to work that hard, I might as well work for myself. As a business owner, I get to set the moral standards, and I can act with integrity and fairness at all times and at all costs, if I so choose. That was a big part of the decision.”

Thurston’s vision was focused specifically on Olympic weightlifting. While The Real Gym offers some cardio machines and tools for functional fitness, such as medicine balls, BOSU balls, and plyoboxes, it’s the six Olympic lifting platforms that truly define the facility’s identity. “Olympic lifting is the most efficient way to get stronger, but, as a rule, clubs that are dedicated to lifting are very intimidating to a lot of people,” acknowledges Thurston. “There’s an air of elitism, whether it’s intentional or not. I wanted people, no matter their history with exercise or fitness level, to come to an inclusive place where they could have fun, get stronger, and, maybe, even become a little braver. That remains my mission today.”

The Challenge: Once Thurston set her sights on weightlifting, reality quickly set in, when, for what seemed like an eternity, she just couldn’t find a suitable location.

Now, Thurston had the chance to put her idea into play. The Real Gym’s design is more about function and purpose than anything else. She describes her vision as “an upscale version of a warehouse, which means a lot of metal, a black-and-white color scheme, and a very clean environment.”

“I still have design ideas that I want to implement, such as a wainscoting in corrugated steel, and black-and-white photos of my members, but Real Gym comes very close to my original concept,” she says. “I just had to find the right space.”

Bringing the Budget to Bear

The Dream: Randall Hunt opened his first Athletic Apex club in 2008 “with the intention of changing the world’s view of exercise and health.”

It was a mission that grew out of an incident that occurred in college.

In 1997, while attending Pepperdine University, in Malibu, CA, on a golf scholarship, Hunt had a car accident that left his right arm partially paralyzed, resulting in significant chronic pain. The doctors told him that he’d never be able to use the arm again.

After several operations and failed rehab attempts, he began studying the human body obsessively and created his own program, called Bionetics, which he utilized to relieve the pain. Since then, a United States Olympic training center, numerous professional athletes, and various branches of the military, as well as people from all walks of life, have used Bionetics.

“My approach to health clubs is the same as my program,” he explains. “I don’t view them as ‘clock-in, clock-out’ revenue streams. In a sense, they’re petri dishes—places where people can try my program. I work outside the template of what most people are used to, and provide them with a unique experience.”

Once Hunt had two clubs operating in Texas—the second, launched with a partner, made its debut in 2013—a third one, in Sanford, FL, gave him the opportunity to fully realize his dream. This facility, which opened last September, was designed to be more focused in nature, so he could implement his program more precisely.

“It’s a small, extremely exclusive club that’s not open to the public,” he says. “It’s designed for a more elite clientele. I knew my program would do well in the Florida market, so I actively pursued this opportunity.”

This newest “template,” as Hunt puts it, is located in the Seminole Towne Center Mall in Sanford, a city with a population of 54,000. It’s a 30,000-square-foot facility, coupled with 15,000 square feet of turf that serves as an outdoor workout space. It features locker rooms with towel service, a café, a WiFi lounge, a Spinning room, a mind and body studio, a group exercise room, an indoor and outdoor kids’ center, functional CrossFit lifting, a free weight zone, and a fitness zone. The club offers more than 100 group exercise classes per week.

The Challenge: Among Hunt’s initial goals was to find a place that already had good foot traffic. He searched for space in shopping centers, but, when the chance arose to put his club inside a mall, he couldn’t pass it up. “I just had to see it through because the location made so much sense,” he explains.

That said, the mall space did involve some inherent issues. “One of the chief limitations of the space was that it was rectangular, rather than square, which I would have preferred. So, I had to pay close attention to the people who’d be using the facility to make sure that everything they needed was nearby—so they wouldn’t have to take long walks inside the gym,” he points out. “For example, my group classes, café, and kids room are all close to each other to meet the needs of mothers.”

While Hunt’s architect presented him with several great design options, it was a challenge to create what he wanted within the budget he’d set. Fortunately, he’d learned some lessons while building his first club.

“It doesn’t matter how cool your idea is, the ultimate key is to know your costs. You have to move beyond your own bias and excitement about your concept and create realistic projections.”

He credits Brent Darden, the owner of Brent Darden Consulting, based in Richardson, Texas, and a former chairperson of IHRSA’s board of directors, with helping him calculate his costs accurately.

“We spent countless hours working through pro formas and projections,” says Hunt. “There were several things we agreed on, and having him confirm my thinking gave me more authority to be aggressive in my decision-making. Also, he had plenty of great ideas of his own. Brent’s been a major factor in the dramatic success of Athletic Apex in Florida.”

Given the budget constraints, Hunt chose to utilize his money to build bigger rooms. “For example, I had the option to have a really cool lighting pattern that matched the floor design. Instead, we went with solid floors and traditional commercial lighting, and used the money to build an extra room for our CrossFit lifters,” says Hunt. “At the end of the day, I think our members are more excited about an additional room than they would be about a cool floor and lighting pattern. It’s a tough balance—you don’t want your place to feel like a warehouse, so you have to pay close attention to design features. But, at the same time, you want to address the demands of your membership.

“Ultimately, the design exceeded my original vision. At the same time, we still have a lot of room to improve,” he concludes.