A new Tinder feature matches users who visit the same places (including gyms), Jim Worthington goes on air to discuss his plans as IHRSA board chair, and a Crunch Fitness campaign honors veterans.

This week’s roundup features top fitness retreats for an exotic and relaxing experience, a new way to find love through technology, and a Crunch Fitness campaign to help our veterans. 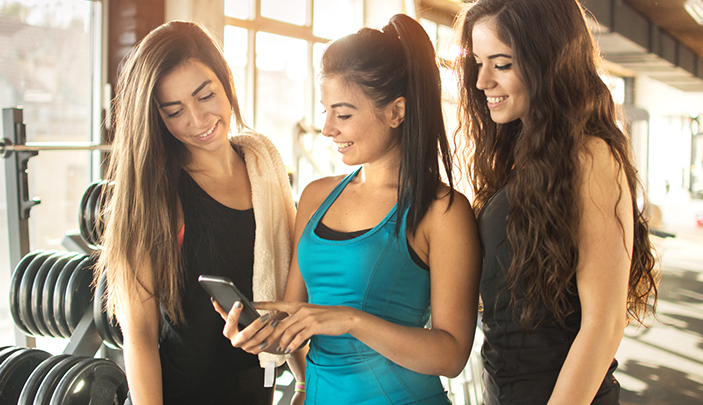 Tinder, a popular dating app, which gave meaning to “swiping right,” is experimenting with a new feature called Places that lets users match with others who visit the same bars, restaurants, spin classes, or gyms, the company announced earlier this month. It’s being rolled out only in a few regions—Santiago, Chile, and two cities in Australia—and will likely change if it makes its way to the U.S., an article in Inverse reported. The app will give users the option to share their favorite haunts, which could be your health club. “Now, you not only have something in common, you also have a genuine icebreaker and your first-date spot,” the company’s press release stated. Since group workouts are becoming a new networking spot, why not a perfect first date? 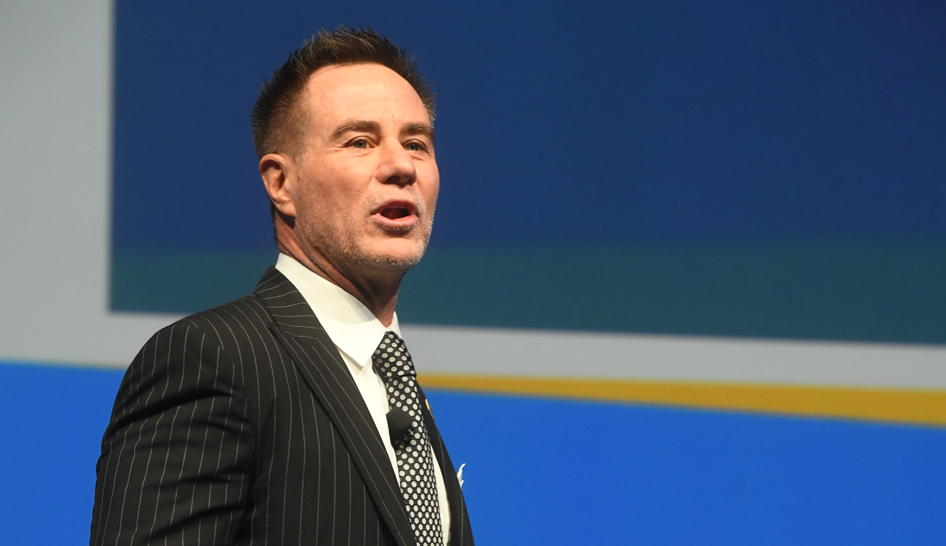 Owner of the Newtown Athletic Club and IHRSA Board of Directors Chair-elect Jim Worthington spoke with Chantal Brodrick on the Fitness Business Podcast about his recent successes and hopes for the future. Worthington was also appointed to President Trump’s Council on Sports, Fitness & Nutrition, along with other notable sports figures such as New England Patriots head coach Bill Belichick. As 2018 comes into full gear, Worthington is focusing on his plans for IHRSA. One of most important things, he said, is to pass the PHIT Act and to “get more people involved.” Worthington touched on his new appointment on Capitol Hill, how he’s balancing everything with his club, and more.

Listen to Jim Worthington talk about the industry.

Crunch’s “Strengthened by Heroes” national campaign includes discounts, military service-themed bootcamp workouts, and job fairs targeted to veterans and first responders, according to a press release. “We are excited to honor and highlight our veterans and first responders with this new campaign," said Keith Worts, CEO of Crunch. The campaign, which runs through Veteran’s Day, will also help support the Victories for Veterans program through Disabled American Veterans (DAV) by setting workout and monetary goals.

Read more about the summer-long campaign.

These 5 Retreats Combine Vacationing and Fitness

For less tired tourist traps and more relaxation, these five fitness retreats named by the London Evening Standard are the perfect destinations for a much-needed break from work. Many of these hot spots feature a week’s worth of exhilarating yet refreshing activities, including yoga, beach circuits, sunset hikes, delicious food and plenty of sunlight. One hip boutique in London, called Another_Space, is hosting a retreat on Mykonos that “celebrates the studio’s unique cross-training method,” all while taking in the beauty of the Aegean sea. Other hot destinations include Sri Lanka, Ibiza, the Swiss Alps, and France’s beaches.

Read more about other fitness retreats. 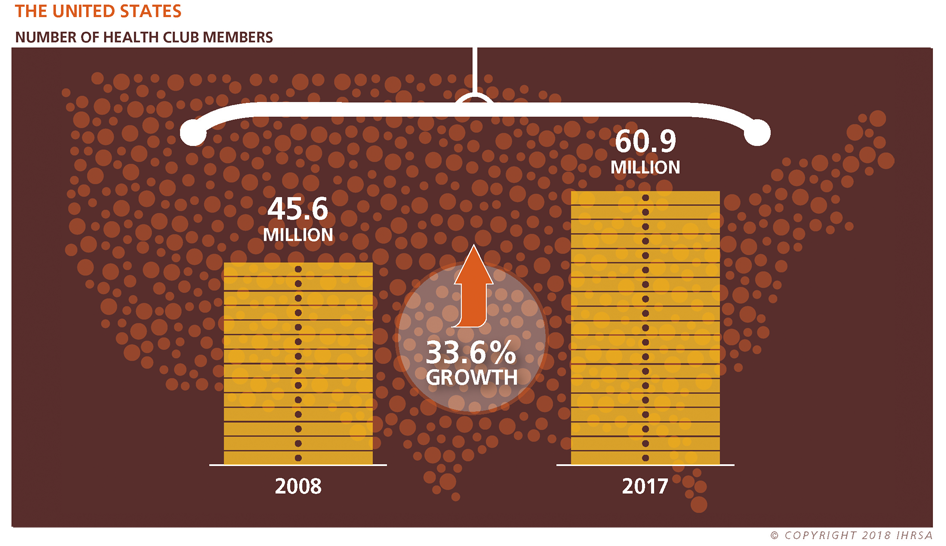 The just-released 2018 IHRSA Global Report shares updated insights into the fitness industry in nearly 70 markets. The report shows that industry revenue totaled about $87.2 billion in 2017, as the number of clubs grew to over 200,000 facilities accounting for 174 million memberships. The report takes a look at the top 10 markets across the globe, the overall performance of the industry, and the health clubs leading the growth. “A must-have reference for any industry stakeholder, The IHRSA Global Report shows solid growth for the health club industry worldwide,” said Jay Ablondi, IHRSA's executive vice president of global products.

Learn more about the report or purchase a digital copy.