7 Reasons Why There’s No Substitute for Health Clubs

A new survey by IHRSA, conducted by Kelton, a Material Company, shows that U.S. fitness consumers are awaiting the opportunity to resume their fitness routine at health clubs.

At the peak of the pandemic, nearly all health and fitness clubs were closed in the United States. Data from the Physical Activity Council showed that roughly half of all Americans reported a decline in physical activity while health and fitness centers were closed; 57% of U.S. members said they were less active while their fitness clubs were closed. Health clubs play an essential role in the physical fitness and well-being of consumers. 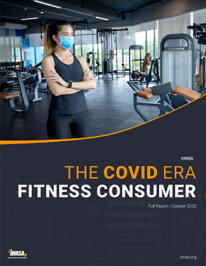 The COVID Era Fitness Consumer is a report based on a study of American health club members commissioned by IHRSA and conducted by Kelton. The report discusses health club user sentiment and behavior prior to, during, and after facility closures.

The COVID Era Fitness Consumer, a new IHRSA report compiled in collaboration with Kelton, shows that for consumers, there’s no perfect substitute for their health clubs. Here are seven reasons why:

1. Members miss their health & fitness clubs, more so than other public spaces.

During club closures, nearly all (95%) users missed at least one aspect of physically being at their health club. A significant majority said they missed their gyms and fitness centers a lot (59%).

Overall, the only thing members indicated missing more than their health clubs was visiting loved ones (65%). As a comparison, fewer Americans indicated missing going to concerts or games (55%), bars or restaurants (51%), or seeing movies in theaters (46%).

While some Americans adapted to exercising independently at home or outdoors during facility closures, for a majority of members, these alternatives could not replace engaging in physical activity at their health clubs.

More than half missed the routine of going to their health club (54%) and the variety of workouts they are able to engage in while there (51%). Gym-goers look forward to using their health clubs again as they reach towards personal fitness and wellness goals.

A number of stressors weigh on the minds of members:

Although many concerns weigh on members, those who have returned to their health and fitness centers are less likely to feel as worried as those who have not resumed gym activities.

Approximately 61% of current members report feeling more stressed now than at the start of the year in comparison with 68% of members who canceled their membership due to COVID and have not rejoined.

Also, 54% of those who have not used their health club since shutdowns are more likely to be concerned about their immunity versus 44% of members who have returned since closures. 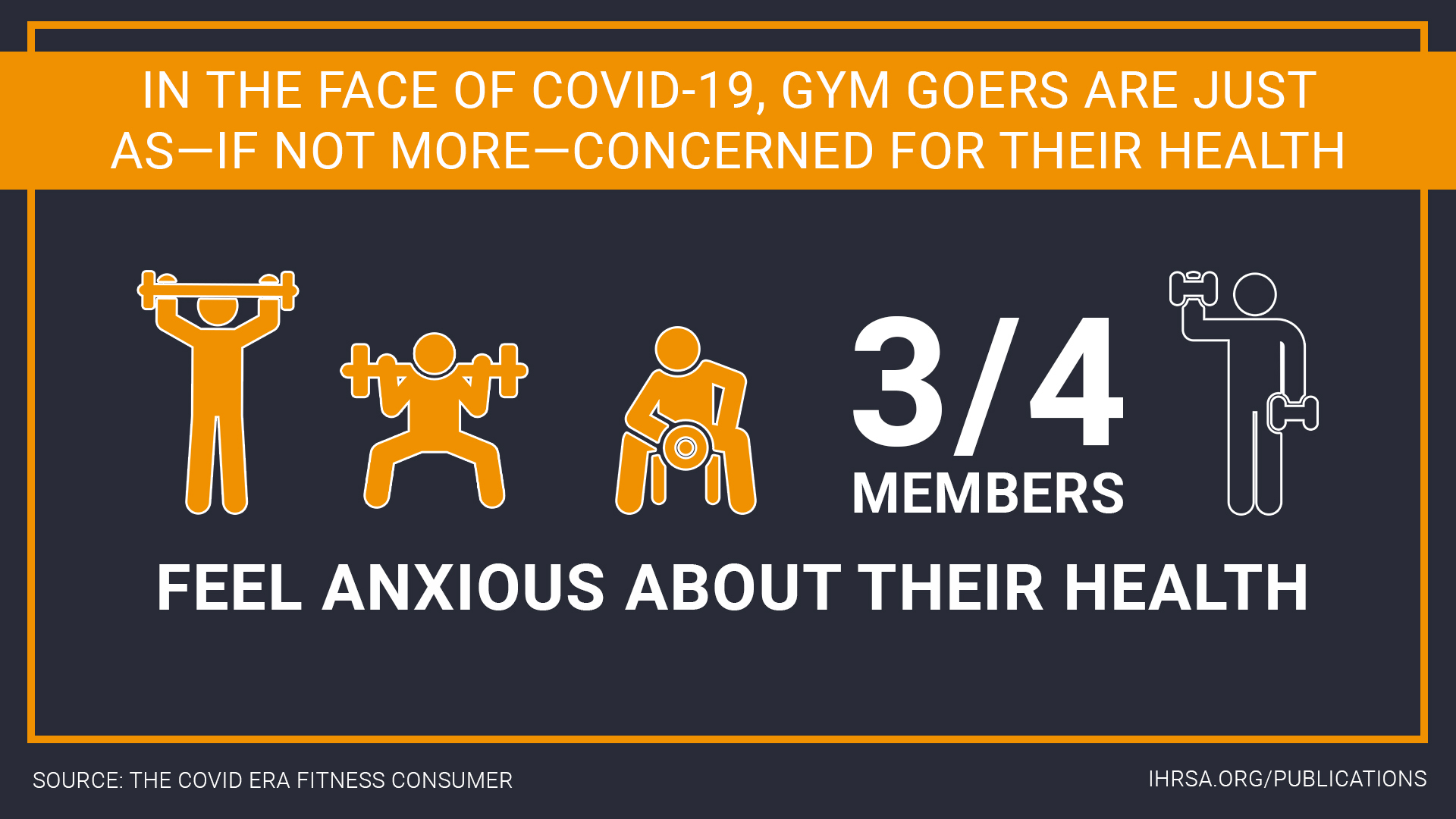 4. Half of members are not satisfied by the disruption to their fitness routines caused by club closures.

Over pandemic-related shutdowns, an overwhelming majority of fitness club users admitted their routine had changed (85%). A majority went for outdoor walks or runs more often (53%), while some streamed exercise videos at home (33%), and others purchased fitness equipment (29%).

However, gym-goers are split on the results of these changes. Among those whose routine has changed, over half feel their new fitness regimen is less challenging (54%), less consistent (53%), or simply worse (51%) than their previous routine. Those who have not returned to their health club since it reopened are more likely to feel dissatisfied (54%) than those who have returned (44%).

Roughly two out of five members miss exercising with other people (42%), while more than a third miss the sense of community that comes with belonging to a health club (36%). One in four admit they miss having someone cheer them on (24%), and one out of five miss their personal trainer, coach, and/or instructor (22%).

Perhaps to compensate for missing their health clubs, a number of members teamed up with friends, family, and colleagues in efforts to stay active while their clubs were closed. More than half indicated they and their friends motivated each other to stay active during the pandemic (53%). Nearly a third have even participated in an online fitness challenge (31%).

6. Having a health club membership is connected to personal goals users want to achieve.

To members, belonging to a club is tied to personal goals they hope to achieve such as maintaining overall health, boosting immunity, and engaging with their community.

The majority hit the gym to maintain their overall health (70%) and get stronger (55%). Others look to improve flexibility (48%) or build muscle (48%), with as many using the gym as a mood booster (49%). Another significant segment uses their health clubs to maintain (47%) or lose weight (46%).

7. A vast majority of users are confident in the safety protocols their fitness centers have implemented.

Nine out of 10 members who have returned to the gym since it reopened express complete confidence in safety precautions and cleanliness procedures (88%). Consumers trust their health clubs to create a clean and safe environment for members and are satisfied with the measures taken already, allowing many to return to their fitness routine with confidence. 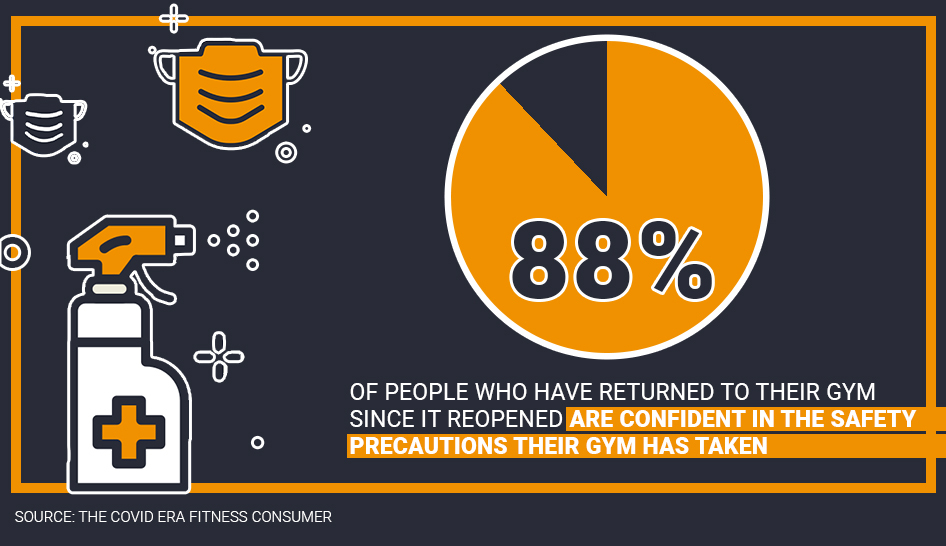 More than two-thirds of gym members are aware of the safety measures their gym is taking as part of their reopening strategies (69%). Just as many (69%) feel confident in protocols their gym is putting into practice than those who feel the same about retailers (67%), coffee shops (67%), and indoor dining (62%).

The COVID Era Fitness Consumer shows how important health clubs are to the fitness and well-being of their members. Users clearly missed their brick-and-mortar fitness clubs as these hubs for physical activity and community were closed for several weeks, if not months. Having a membership is tied to the personal goals consumers aim to achieve in life and they trust in the safety protocols fitness centers have implemented.