How Does Exercise Fit Into an Age- & Gender-neutral Army

The new Army Combat Fitness Test (ACFT) is age- and gender-neutral and aims to imitate real-life scenarios while helping to prevent injuries. Oh, and did I mention that the fitness industry has a role to play?

Before the ACFT, there was the APFT or Army Physical Fitness Test. The U.S. Army first began its physical fitness assessments in 1858, and in the last 160 years, those in charge have adjusted the APFT as needed. 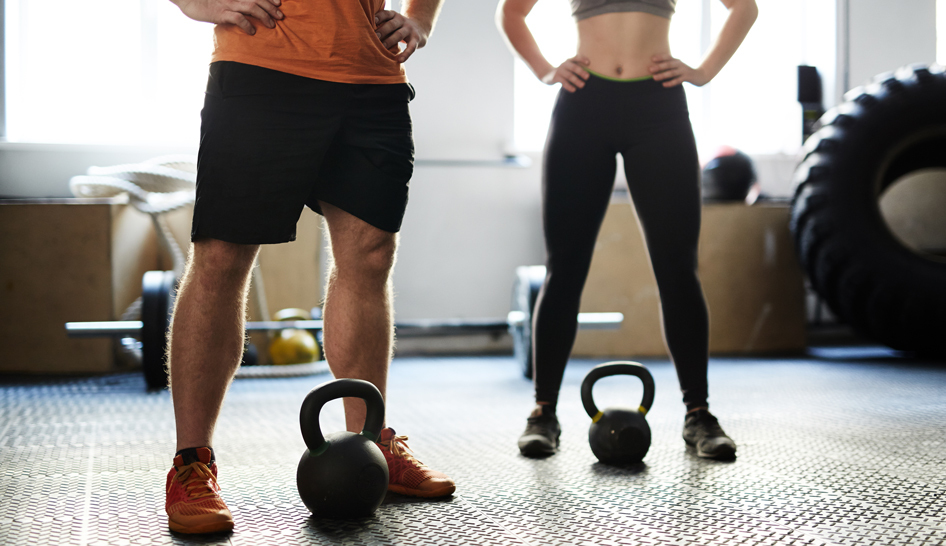 Pop quiz: When was the APFT last adjusted?

If you guessed 1980, take a victory lap, because that's the year the Army introduced the version of the APFT that many of us—enlisted and civilian alike—know today, the version with push-ups, sit-ups, and a 2-mile run.

For 40 years, soldiers have been taking the same version of the physical fitness test, and to pass they needed to score a minimum of 60% in each event.

However, the test didn't score everyone the same way. Gender and age played a huge role in whether or not someone passed the APFT. For example, to score the minimum in the push-up category, males 17-21 years old had to do 42 push-ups, whereas males 52-56 years old only needed to complete 20 push-ups. Women of the same age groups only had to do 19 and nine push-ups, respectively.

Now, much like the VHS tapes of the 80s, that version—and its grading scale—are a thing of the past. This doesn't mean the test has gotten easier.

“There are actually quite a few active-duty personnel not passing [the ACFT]," says Major General Lonnie G. Hibbard, commanding general, U.S. Army Center for Initial Military Training, on the ACFT and Holistic Health and Fitness.

Once the ACFT becomes the service standard, active-duty servicemembers will take it twice a year, and members of the Army Reserve and Guard will take it annually. Although on-base gym closures amidst the coronavirus pandemic forced the Army to postpone the transition to the new ACFT, Hibbard and his team had instructed the entire Army to begin training for and testing this version last year.

Hibbard says you don't realize what your strengths and weaknesses are to really train for the ACFT until you've taken the test.

"It's a very hard test to do well at," says Hibbard. "The goal [when building the scoring table] was to have less than 10% of the population in the Army to be able to max the test."

Since the Army opened up every job—or military occupational specialties (MOS)—to both men and women who can serve into their 60s, Hibbard and his team first had to ensure a 62-year-old man or woman would be physically able to pass the test, and they went from there.

The Army determined the minimum standard of fitness each job requires—regardless of age or gender. Now, every soldier falls into one of three levels based on their MOS, which requires soldiers with more physically demanding jobs—like infantry—to score higher.

For Hibbard, the ACFT is about looking to the future. He wants to prepare soldiers for any combat task they are required to do when deployed. He says the Army is an active organization, and no matter what your MOS is, you never know when you'll be called to serve.

"What we can't do is try to do the crunch, you know, 15 or 30 days before you deploy to get in shape so you can survive on the battlefield," says Hibbard. "You have to be prepared all the time."

What is the New Army Combat Fitness Test?

The test is a “running clock,” with a five-minute rest between each activity, and 10 minutes before the run. Hibbard says this is to simulate a combat situation where you would not be doing events in isolation. It also helps measure overall fitness and keeps the test fair for every soldier.

So, let's take a look at the six events with one example of how they relate to common soldier tasks.

Hibbard says the leg tuck is the number one reason soldiers—both men and women—fail the test. He says it's because previously the Army didn't focus enough on core strength. Something they've found in their research developing this test can dramatically help reduce injuries among our troops.

What Role Do Gyms Play

When it comes to the physical readiness of the U.S. military, your club can help by offering programs that keep kids and our active-duty and veteran populations active.

According to 2017 Pentagon data, 71% of young Americans between 17 and 24 are ineligible to serve, something Hibbard partially contributes to the decreasing emphasis on youth sports and physically active school programs.

Hibbard says he'd love it if physical activity became a life choice for soldiers. If they exercised because they wanted to and not because of their job. He says health clubs can help by building programs that focus on community and competition that challenge members to achieve better standards and recognize those who improve. This type of programming is great for your civilian members, too!

"The Army is about people," says Hibbard. "We are just a representation of society—that's what we want to be."

Kaitee Anderson Fernandez is Director of Creative Content. She uses her experience as a multimedia journalist to tell the story of IHRSA's advocacy and public policy efforts. Kaitee spends her free time watching sci-fi movies, boxing, or working towards her goal of being able to do five pull-ups (a skill that would come in handy in the event of a sci-fi-like apocalypse).