This is an IHRSA featured article, brought to you by Aktiv Solutions.

How a Creative Redesign Can Energize Your Gym & Build Revenue

Two successful health club brands reveal how a practical makeover changed everything for their business.

The story of the modern health club can’t be written without including racquet sports. Squash and racquetball were key drivers of industry expansion in the late 1970s and early ‘80s (IHRSA, founded in 1981, still carries this legacy in its name).

Then came the decline. Gradually the sport gave way to other active pursuits. Clubs with under-utilized courts suddenly had a problem: How do you convert that space into something usable? It’s a significant investment to rip out squash and racquetball courts, and you want to get the most out of it.

Derek Agnew, general manager of Zenergy Health Club & Spa, was confronted with this very problem. Located in Sun Valley, ID, Zenergy is a 50,000-square-foot high-end facility nestled among world-class resorts in the famed vacation spot. It was named one of the world’s most beautiful gyms by Men’s Journal and one of the “Coolest Clubs in America” by Shape magazine.

Zenergy was quick to embrace the diversity of fitness programming popularized by boutique studios, but their training area was insufficient for the growing interest in functional fitness, HIIT, yoga, and other specialty classes. New fitness concepts demanded more room, and the squash courts in Zenergy were in the way. Agnew realized that tearing out the courts could be the ideal solution to his crowded floor space.

“It was my last real goldmine piece of square footage,” says Agnew. “I knew had to do something special with it.”

Even if he could reclaim the space, Agnew wasn’t sure the extra room could accommodate the menu of activities he wanted to offer. To serve the functional fitness and HIIT audience, Agnew knew he needed power sleds, resistance running trainers, ropes, and more free weight selections, including kettlebells. And that was in addition to the room he needed for yoga and other workouts.

“I also wanted suspension training,” he says. “We had a TRX jungle gym that was a bit cumbersome and it was taking up a lot of space. I wasn’t sure how we were going to fit it all in.”

After Zenergy’s owners gave Agnew the go-ahead to remove the squash courts, the real challenge began. He had helmed the esteemed club through its many upgrades and renovations, and he had a high standard to uphold. Once you tear out the courts, you don’t get a do-over.

Pivot: The Boutique Within 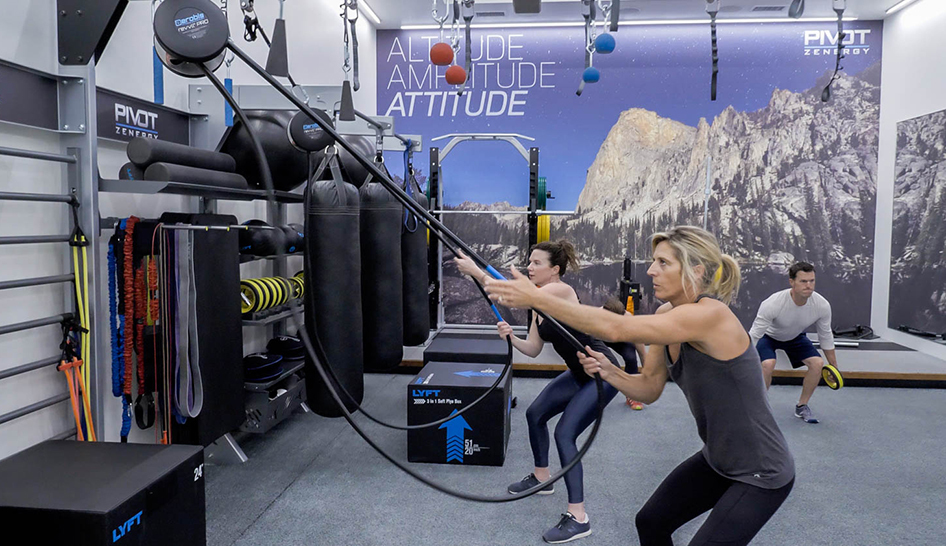 In effect, Agnew wanted to create a premium club within a club: a boutique experience that took full advantage of the most popular and effective training modalities. Something this ambitious wasn’t going to be easy. He knew he needed help implementing his vision.

Based on a recommendation, Agnew turned to Aktiv Solutions, a company dedicated to transforming fitness facilities into vibrant training spaces. Under the creative direction of the company’s FitnessDesignGroup, Aktiv works closely with club operators to remake spaces of any size using their expertise in fitness planning, theming, and technology integration.

Agnew invited Bryan Green, founder and CEO of Aktiv Solutions, to Zenergy and they got to work.

“Bryan and his team brought some really exciting ideas to the table,” says Agnew. “They do a great job of looking at your space and seeing where you have your deficiencies. Then they listen to whatever ideas you have and take it to the next level.”

The end result was Pivot, a functional movement studio that has all the amenities you’d expect from a high-end boutique. Using Aktiv’s design concepts and novel equipment solutions, Pivot is able to offer the full spectrum of classes that Agnew wanted for Zenergy.

“We can have eight people doing a suspension training clinic, then, boom, I can turn around and find an aerial yoga class going on,” he says. “I have my strength coach who runs a powerlifting class, and a trainer with a martial arts background who has a boxing clinic. We have hammocks for aerial yoga, and plenty of mat space. It’s everything I've ever wanted.”

Pivot has brought a new dimension to Zenergy while still being on-brand. And, says Agnew, people have no idea there were once squash courts in the space.

“It's been very pleasing to see member reaction. We like to be known for being high-energy while providing a warm and friendly community feel. Pivot has become an extension of that.”

Agnew opened Pivot up for non-members who wanted to take classes, and it’s had an effect on membership and retention. According to Agnew: “Many people noted that Pivot was a strong reason behind their decision to finally join.”

Many clubs have space problems even without having unused squash courts in the way. That’s what Craig Cote discovered. Cote is president of Mountainside Fitness, a chain of 17 clubs located in Phoenix and surrounding areas.

In 2014, Mountainside introduced a group X concept called Fit Republic. The classes were a huge success. But Mountainside is also a full-service facility, and Cote was running out of space to host the variety of programming members wanted.

“We ran a very popular HIIT class that incorporated TRX, kettlebells, dumbbells, slam balls, wall balls—all those things,” he says. “The problem was that equipment was everywhere.”

The clutter was causing problems for members and instructors, and it was restricting the size and number of classes.

“A lot of clubs that were built more than 10 years ago were designed to handle 15 Bosu balls, 20 medicine balls, 20 sets of dumbbells,” says Cote. “But now we have 40 or 50 people attending a class, and we’ve doubled our amount of dumbbells, medicine balls, and Swiss balls. These clubs were never built for that level of volume.” 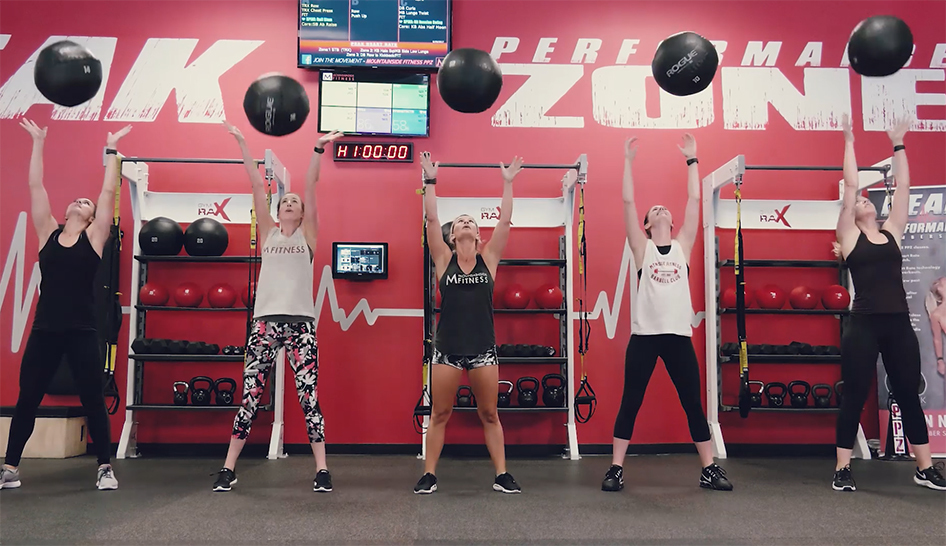 Cote needed to find a way to serve the growing audience for Fit Republic. He found it with Aktiv Solutions. Aktiv’s team brought in their Functional Training and Gym Rax systems and reconfigured Mountainside’s group X space for maximum efficiency.

“We have three distinct program formats that we use,” says Cote. “Now we have the ability to host all three classes, whether they involve TRX, kettlebells, box jumps, gliders, wall ball targets, all of it.”

Cote says that the interlocking Gym Rax system is the key to Aktiv’s efficiency in creating more room without requiring an expensive structural redesign. And they have all they equipment you need for the variety of fitness programming that members desire.

“The Gym Rax solve everything with one product. Aktiv isn’t just a plus in programming options, it's also plus in space utilization,” he says. “And it looks great. Aktiv also has a branding option, and we really like that. It’s a nice finishing touch.”

Cote believes a lot of club owners are in his position. Multi-purpose facilities weren’t designed with large functional fitness and HIIT classes in mind. Clubs have to change things up, and that means rethinking your layout. But you can’t do it alone.

For more information on how Aktiv Solutions can design the perfect exercise experience for your club, visit their website or call them at 888-895-0547.