Your Guide to All Things Dallas for IHRSA 2021

Planning to join us in October for IHRSA 2021? Get ready to celebrate the fitness industry’s revival and enjoy the best Dallas has to offer.

IHRSA has officially announced that the 40th Anniversary International Convention & Trade Show (IHRSA 2021) is moving from Los Angeles, CA, to Dallas, TX, and from September to October 13-15.

The decision to shift the event location and time is to ensure IHRSA members, industry partners, and attendees from all around the world will be able to safely gather and celebrate. The three-day event will take place at the Kay Bailey Hutchison Convention Center Dallas.

“Not only is Dallas an exciting new venue to host the IHRSA International Convention & Trade Show, the 13-15 October dates allow a few more crucial weeks for those who may need the extra time to get the vaccine or appropriate approvals in order to travel,” said Alan Leach, CEO of the West Wood Clubs in Dublin, Ireland, and chair-elect of the IHRSA Board of Directors.

Deciding on Dallas for IHRSA 2021 seemed like a no-brainer as this Texas city, and the fourth largest metropolitan area in the U.S., is filled with delicious dining, plenty of outdoor activities, and fun attractions.

If you plan on joining us for IHRSA 2021, here’s a guide with plenty to do during your stay with recommendations from locals: our very own IHRSA interim President & CEO Brent Darden, and Brad Wilkins, president of Cooper Health and Fitness in Dallas, TX and member of IHRSA’s board of directors.

Dallas offers a variety of attractions to get to know the city better. From the historic old west to outdoor shopping, you are sure to find an activity that will pique your interest.

Put your cowboy boots on and head on over to the State Fair of Texas for a true taste of all things Texan with rides and games, live music, delicious fair food, shopping, and so much more. The fair will be held in Fair Park from September 24 through October 17, 2021. The State Fair of Texas works to promote education, agriculture, and family involvement in a family-friendly environment.

Get in touch with the old west at the Fort Worth Stockyards National Historic District and experience the world’s only twice-daily cattle drive and the Texas Legends reenactment gunfights. Don’t forget to stop by the “John Wayne: An American Experience” exhibit to learn all about The Duke’s legacy.

A local favorite, the Dallas Farmers Market is located in downtown Dallas and allows you to shop and dine seven days a week. The market offers produce sellers, wholesale dealers, and local farmers as well as seasonal festivals.

Also known as the “Dallas Cowboys Stadium” and on Brent’s must-see list, the AT&T Stadium is home to America’s team, the Dallas Cowboys. Stop by for a guided tour full of facts and figures about the world’s largest domed structure. “They give guided tours year round. I’ve taken several groups there and they all enjoyed it,” said Brent. The NFL season begins in August, so you may even get to catch a game there.

Stop by to get a glimpse of the Cooper Aerobics Center, Dr. Kenneth Cooper’s 30-acre wellness campus and the birthplace of aerobics. The campus offers a clinic, fitness center, spa, and even a hotel. Take a look at how it all started and why they are working to cooperize the world.

Pack your dancing shoes because you won’t want to miss a night of dancing at the iconic Billy Bob’s Texas, the world’s largest honky tonk and another one of Brent’s must-see spots. Billy Bob’s is open daily with live music, food, dancing, and plenty of history. Make sure to check out the Billy Bob’s gift shop for souvenirs and unique western gifts!

Learn about other top-rated attractions in Dallas. 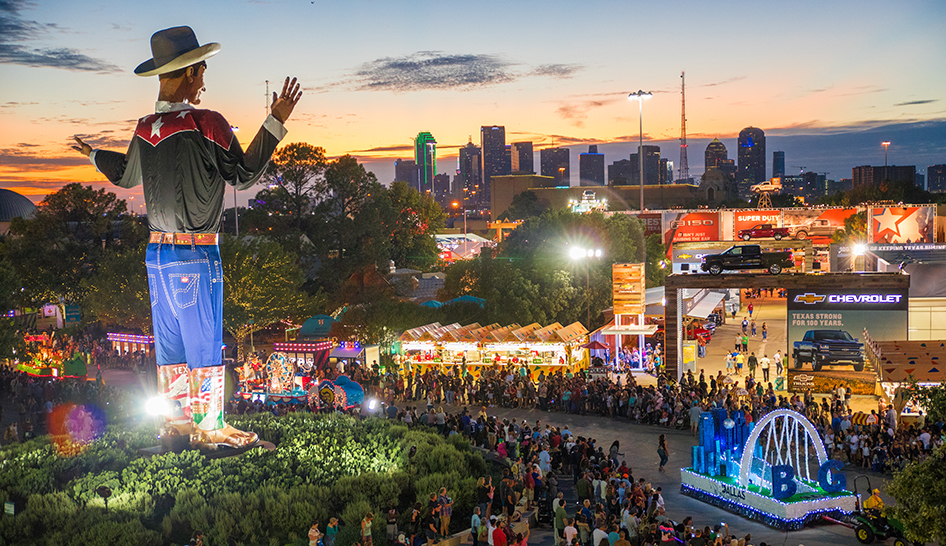 Don’t mess with Texas BBQ. If you’re looking for the best, Lockhart Smokehouse’s smoked meat classics are a must-try. “Texas is known for two types of food: Texas BBQ and Tex Mex. There are at least 10 Texas BBQ places downtown and Lockhart Smokehouse is one of my favorites,” said Brad.

Another spot to get your Texas BBQ fix is Ferris Wheelers Backyard and BBQ. Their menu includes smoked brisket, ribs, and sandwiches. They also offer a full bar, live music, and a Ferris wheel—all in a backyard setting. And if you are bringing your furry best friend on the trip, they are welcome, too!

To get a taste of delicious Tex-Mex, head over to another one of Brad’s favorite spots, Mariano’s Hacienda. And because the restaurant is owned and operated by Mariano Martinez, the inventor of the frozen margarita machine, make sure you try their one-of-a-kind frozen margaritas!

Check out 38 of the best restaurants in Dallas. 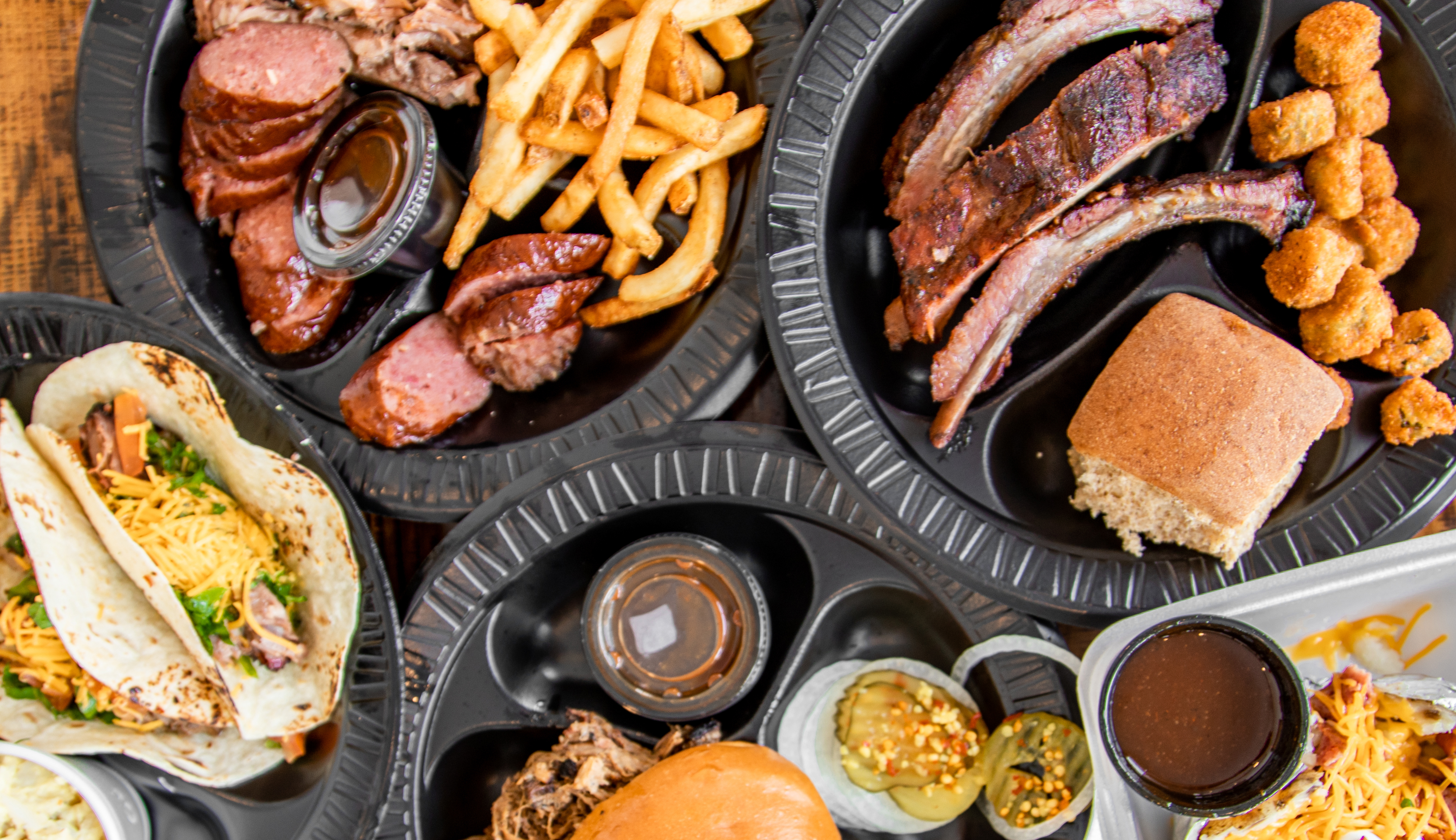 While October means fall season, Dallas offers beautiful weather that is perfect for outdoor activities. “The Dallas/Fort Worth area is an amazing place to visit, and in October the weather is typically wonderful with the average temperature being in the upper 70s for the highs and upper 50s for the lows,” says Brad.

If you’re looking to get your daily exercise in, you can walk, run, bike, and hike through several trails and parks in the city and the outskirts—the possibilities are almost endless.

Trammell Crow Park offers an over 6-mile trail around Trammell Crow Lake with beautiful views of the downtown Dallas skyline—perfect for a run while taking in some fresh air. Another local favorite is the Katy Trail. The historic trail is built on an old railroad line and extends for 3.5 miles. The iconic destination offers beautiful scenery and well-kept paths.

Looking for a nature hike? Head east to Rowlett Nature Trail, a riverside park sitting on 66 acres with over 1 mile of hiking and biking trails and a picnic area to relax and grab a quick bite under native trees. And if you’re looking for more of a challenge, head south to Cedar Ridge Preserve. These 600 acres of hill country habitat offer 9 miles of hiking trails and plenty of nature sounds.

As you prepare your trip in October for IHRSA 2021, consider adding some of these locations to your itinerary! Be sure to also stay updated on new details for IHRSA 2021 at ihrsa.org/convention.

Ofelia Martinez is a contributor to IHRSA.org.