Working out around others can be daunting. But luckily, with the rise of new technology, innovative business leaders, and a push to create a more inclusive gym environment, it’s becoming easier to get active.

A study says that at least 50% of Americans are too intimidated to visit a gym, 24 Hour Fitness and fitness apps are trying to make working out easier, and business leaders are continuing to build the industry.

Study: Half of Americans Suffer from Gym Anxiety 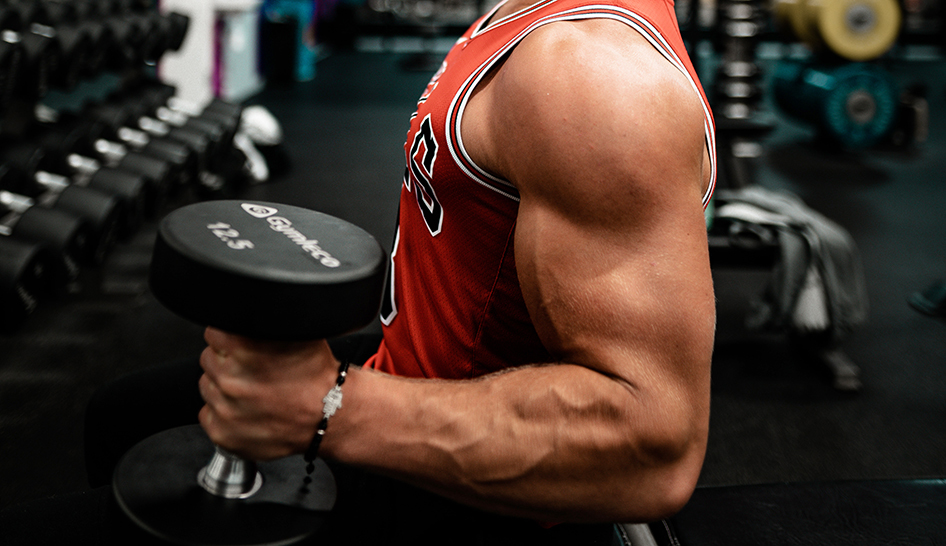 About 50% of Americans feel too intimidated to develop a workout routine around other people, according to the New York Post. A study of about 2,000 people examined attitudes surrounding efforts to become fit—and the results may shine a light on how to address the larger inactivity epidemic. A third said the idea of getting into shape was anxiety inducing, while a further 48% said the number of fitness regimens, routines, workouts, and classes was daunting. Even those who said they do visit a gym still feel a sense of intimidation, with 47% saying they were still uncomfortable, especially while working out next to someone extremely fit. Not only is getting to the gym stressful, as the study suggests, but two in five who have established a routine note feelings of being stuck in a physical rut—with no positive changes to the body. To get out of a plateau would be to change up the routine, as some personal trainers would advise, which cycles back to the anxiety of starting a new fitness routine. A focus on inclusivity at gyms could curb these feelings, as Planet Fitness’ success suggests with their “Judgement Free Zone” branding. Here are five ways to make your health club more inclusive, according to IHRSA’s own Alexandra Black Larcom.

Read about the gym-timidation study.

If your gym’s New Year’s resolutioners made it through April, congratulations! Because U.S. News found that about 80% of resolutioners—people who join a gym in January to fulfill a New Year’s resolution—quit by February. One way to keep these members coming back is to help them realize that there are plenty of opportunities to begin creating healthy habits. For example, 24 Hour Fitness has created a “game-changer” for the fitness industry, according to a press release. The club chain is taking on a new, personalized approach: “Your Results. Your Way.” A part of the initiative features The 24 Hour Fitness Fit Plan, which includes a free appointment with a fitness professional, a tailored seven-day workout plan, and an app. The app will also connect with The 24 Hour Fitness Daily Workout Challenge, where members can participate with friends or “on the go.” A major aspect of this new approach is the partnership with Behavior Change For Good’s StepUp Program at the University of Pennsylvania. This program leverages behavioral science for new techniques to get people to stick to healthy habits, even months beyond the New Years’ resolution boost. “Science can impact long-term behavior change of the global population and will ultimately reinforce our new strategy to create healthier, happier people,” said Chris Roussos, CEO of 24 Hour Fitness.

Tech and Fitness Boom Come Together

The use of fitness-related apps has increased 330% over the past few years and the wearable industry now touts $6.4 billion in 2018, Yahoo Finance reports. The fitness industry continues to boom, and a big factor in play is the embracing of technology. Banking on even more growth in the tech/fitness overlap, Studio is settling into a growing market: busy professionals who need the flexibility to put in a workout. The fitness app allows users to become part of the boutique experience whenever they want by providing convenience and ease of access. “What makes Studio really unique is our ability to have the world's best instructors, and to break down this idea of, like, the fourth wall between our members and our instructors,” said Lisa Niren, an executive at Studio.

Read about Studio’s strategy to tap into the fitness market.

From the Land Down Under to Industry Expert

Geoff Dyer, the man behind Lifestyle Family Fitness, spoke to The Catalyst about his journey from a prospective accountant in Australia to the peak of the Lifestyle Family brand, which boasted 250,000 members, $150 million in revenue, and 33 clubs in the Tampa-Orlando market. Through advantageous business moves and a love for the fitness industry, Dyer was able to save Lifestyle from failure and is now working with Crunch Fitness to open eight or nine facilities in 2019. In the interview, Dyer discusses the industry’s changes, shifts, and what he has learned throughout his career.

Listen to Geoff Dyer talk about his career.

Blink Fitness Teams Up with NBA

The latest fitness business to partner with a professional sports team is Blink Fitness, as reported in the January edition of CBI. The NBA’s Detroit Pistons announced in September plans to create a Blink Fitness franchise inside the new Henry Ford Detroit Pistons Performance Center, which will be the health clubs first location to open in Detroit. “Blink’s presence inside our performance center will make the new center an even more appealing place to live and work, and, in turn, will create more jobs and continue to help drive the momentum of additional investment in the area,” Tom Gores, the team’s owner, said in a statement. The facility will be open to the public and is part of the company’s plan to expand in Michigan and Illinois, with 20 new gyms in the works. The 15,000-square-foot performance center will also include a Plum Market grocery store, a cafe, and will feature an art collection.

Read about the deal.

It is no longer shocking to read about the growing inactivity crisis in the U.S., with report after report showing stubbornly high obesity rates, especially among the smallest citizens: children. A recent assessment by the National Physical Activity Plan Alliance gave U.S. children and youth a D-minus for the amount of physical activity kids perform. And with the rise of the $27 billion fitness industry, a question arises: Why are the children being left behind? A Washington Post article explores why physical education in today’s schools has historically failed and how government efforts continue to fall short— which could leave room for new ideas to finally take hold. The article outlines that throughout history, the focus on children’s physical aptitude was mostly based on military drills. For instance, as the Cold War lingered, physical education was driven by creating potential soldiers, namely men. It goes on to says that P.E. never became as necessary as math or English class, consequently becoming more of a “frill” extracurricular. Here is where the fitness industry can help fill in the gap. Gym owners could implement several ideas to get kids active, according to an article we wrote, such as creating a child care or an after-school program, have youth sports teams, meet the needs of kids already participating in sports with specific conditioning, social events, and youth-specific hours. IHRSA’s Getting Kids Active in the School and Community e-book also offers ideas on how the fitness industry can address the growing epidemic affecting kids.

Read about the history of physical education.