Fitness Industry Roundup: A Gym Comes Back from Devastation

Anytime Fitness is expanding into new territory; Cedardale Health & Fitness plans to re-open to much fanfare; the smartphone sin list while working out keeps getting longer; and through an IHRSA partnership, UFIT wins big.

Health Club Rises from the Ashes of 2017 Blaze 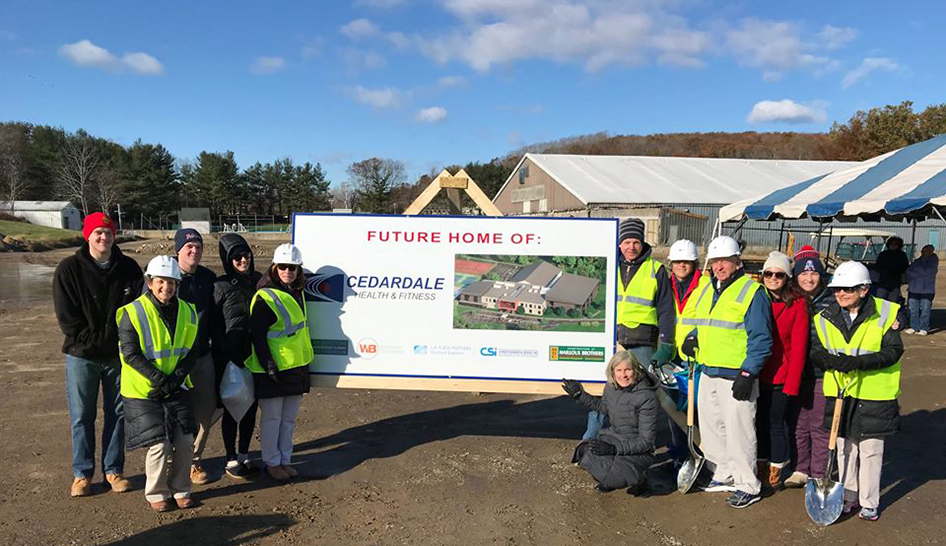 A Cedardale Health & Fitness crew at a groundbreaking ceremony in November 2017.

Two years after a devastating fire shuttered its doors, Cedardale Health & Fitness in Haverhill, MA, is close to reopening a brand new, state-of-the-art facility. The March 2017 blaze destroyed much of the original building, leaving only the outdoor pools and tennis courts untouched. But the fitness center’s owners, the Veasey family, saw an opportunity to rebuild something bigger and better. Working with S3 Design out of Braintree, MA, the new building will include sustainable features, larger locker rooms, new studios, touch ups to the pools and tennis courts, and an overall modernization of studio setup and equipment layout. “Our new center is a truly state-of-the-art design for indoor health, fitness and wellness,” Ed Veasey told WHDH 7News. Since 1971, the Veasey family’s club had become a staple of the local community. After the fire, an outpouring of support came from members, who have expressed how the club became part of their lives. That support still shows, as over 60% of past members have shown excitement about the club’s reopening, according to Membership Director Lori McHugh. According to the club’s website, it is slated to open May 30. Ed Veasey’s daughter Carolyn said, “It’s crunch time right now as our members are very anxious to come home and reconnect with their community as for a lot of them, the loss of Cedardale left a big void in their lives.” 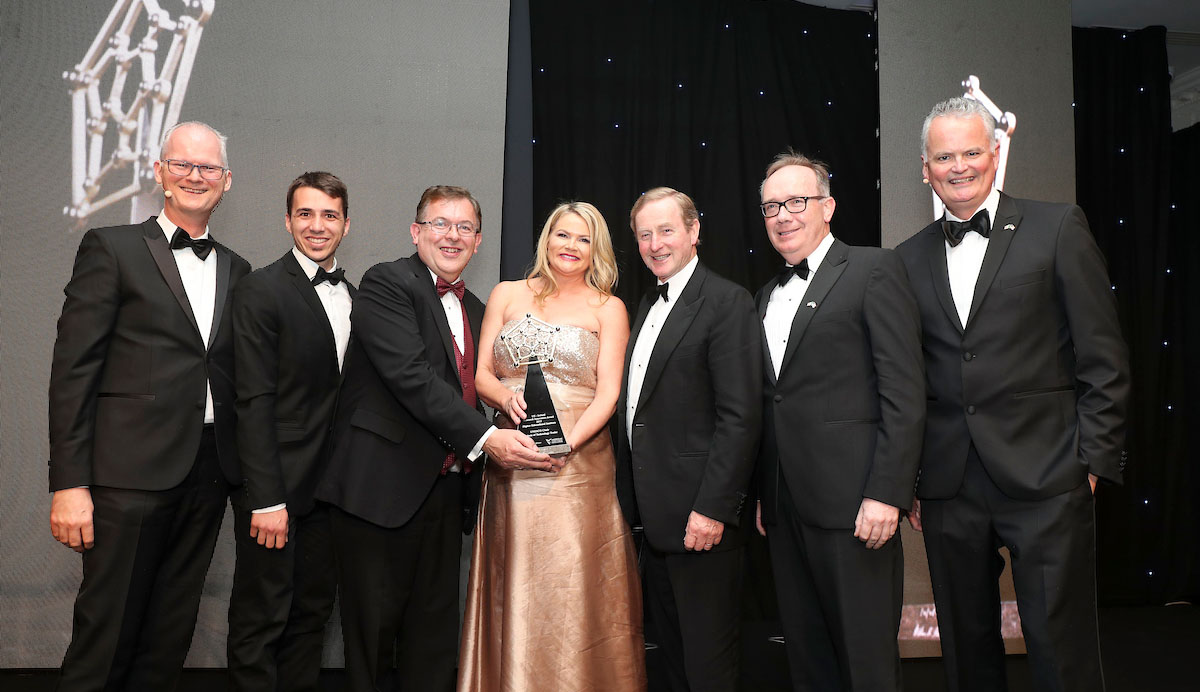 The UNESCO Chair in Inclusive Physical Education, Sport, Fitness and Recreation, based at the Institute of Technology in Tralee, Ireland, is the winner of the 2019 U.S.-Ireland Research Innovation Award for an Irish Higher Education Institute or Research Centre with U.S. corporate links. Through the partnership with IHRSA and development of UFIT, the organization was honored by the Royal Irish Academy and the American Chamber of Commerce to recognise excellence in research innovation. “Wow, we won against Microsoft and Boston Scientific. A HUGE thank you and appreciation goes to the real superstar, Catherine Carty ... for having the vision for inclusive sport, fitness and physical education many years ago,” said Kilian Fisher, IHRSA’s international public policy advisor and global UFIT industry lead. UFIT is a global social change initiative set up by IHRSA and the UNESCO Chair. It is lead by Carty.

Read more about this big win.

The Social Media Fine Line at the Gym

Gym-goers and employees are voicing their opinions about the growing list of smartphone sins at fitness facilities. Speaking to The Wall Street Journal, Chad Waetzig of Crunch Fitness said it’s a “balancing act” to urge members to share their workouts on social media, but to not cross the line. “Members are excited and proud of what they’re doing and want to share. But we also want them to understand there are guidelines and social boundaries to respect,” said Waezig, who is the vice president of marketing and branding at the chain. Others complain of “gym campers,” who take over a piece of equipment to scroll through their smartphones. “They sit on machines that they’re not actually using, trolling through their social media, oblivious to the fact that people are waiting to use the machines where they’ve set up camp,” said Ron Humes of Lexington, KY.

Among the social media sins are talking on the phone loudly in the sauna, FaceTiming in the locker rooms, and sharing photos of other members. An example of the latter is the case of former Playboy model Dani Mathers. Mathers was sentenced a 30-day community service stint and three years probation after posting a photo of a nude woman in the locker room to Snapchat without her permission. That’s an extreme case of smartphone misuse inside of a locker room, but some clubs are taking it to heart by banning smartphone use in locker rooms, as most gyms do, or revoking the membership of a woman who repeatedly had loud conversations at the facility, as a Planet Fitness did near Boston. “At the end of the day, the consumer is going to vote with their phone, with their social media posts on the club and the environment that is friendly to them,” Waetzig said.

Read about smartphone sins at the gym and legal issues in locker room privacy and safety.

The company announced in a press release its plan to open a corporate gym in the country, all while looking for franchisees for additional gyms to open beginning in 2020. The men behind this growth are industry experts Stefan Tilk and Ashish Sensarma, who make up the master franchising team in Europe. "Our plan is to bring Anytime Fitness to [Germans] in a welcoming and supportive environment, strongly focusing on coaching to make the difference. For our franchisees, there will be opportunities to relate closely with their gym members while running successful small businesses,” Sensarma said. In Europe, there are 160 locations in the United Kingdom and over 80 clubs in the Benelux market. Tilk is certain Anytime Fitness will succeed in Germany. "There are many reasons why Anytime Fitness has been the fastest-growing gym chain in the world for 11 consecutive years—and why the business model has flourished in more than 30 countries,” Tilk said.

Read about the German expansion plan. 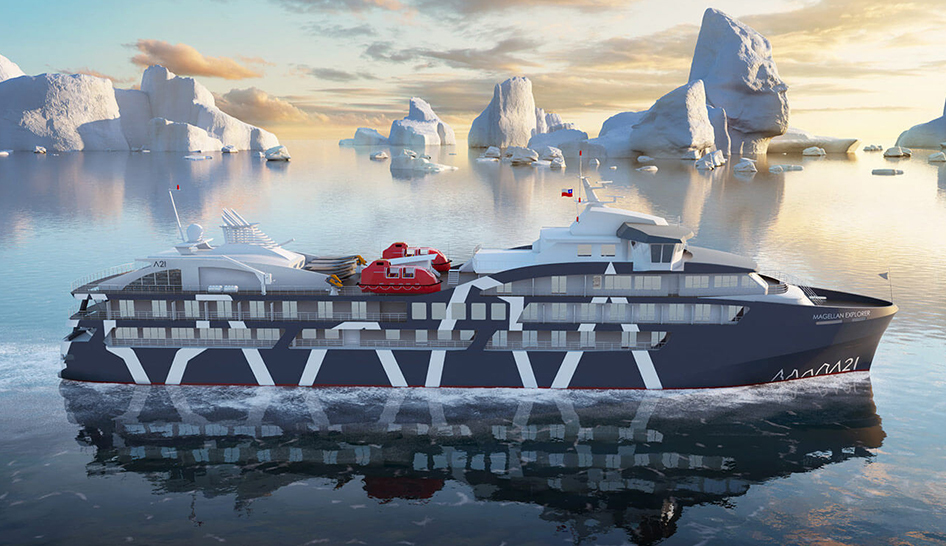 Anytime Fitness isn't stopping at Germany. Through a partnership with Antarctica21, an extreme tourism operator, the company will make its debut on the southernmost continent: Antarctica. What at first seemed like a pipe dream, an Anytime Fitness facility will now operate on all seven continents—at least for four months out of the year. The fitness facility will be onboard the Magellan Explorer, a brand new 300-foot luxury cruise ship, which will be based off King George Island. The inaugural voyage is set for fall of 2019 and packages start at $10,000 per person. “We really fervently believe in our company’s ethos of ‘fitness any way you want it, any time you want it and anywhere you want it,’ and being able to hoist the Anytime ‘Running Man’ flag on Antarctica was another way to show to our franchisees across the globe, as well as their customers, that we are deeply committed to providing fitness options anywhere they go,” said Chuck Runyon, Anytime Fitness’ cofounder and CEO, in an Observer article. “And just for the record, we aren’t stopping there.” Anytime Fitness is now exploring ways to build a glass-enclosed fitness center on the ocean floor, much like the Muraka Hotel Residents in the Maldives.