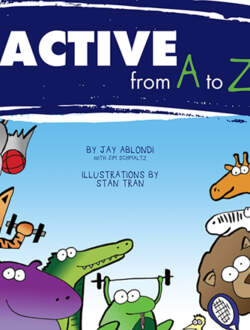 Active from A to Z is also available on Amazon Kindle for $4.99.