IHRSA’s first ever Medical, Science, and Health Advisory Council advises IHRSA’s executive staff and board of directors on current research and science that advances the health and fitness industry and protects public safety while improving individual and population health. 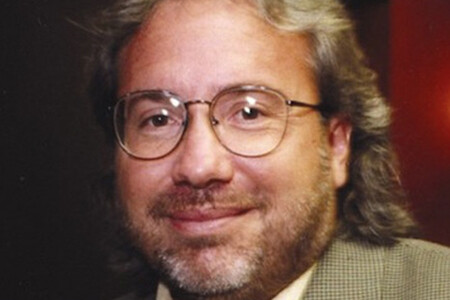 Dr. James Annesi holds professor appointments at The School of Health Professions: University of Alabama at Birmingham and Wellstar School of Health and Human Services: Kennesaw State University. His previous positions specialized in research and evaluation within various community-based health-promotion settings. His earlier faculty, clinical, and research positions were at Rutgers: The State University of New Jersey, The Veterans Affairs NJ Health Care System, Elizabeth General Medical Center, and Enhanced Performance Technologies. Jim is an elected Fellow of the American Academy of Health Behavior, The Obesity Society, and the American Psychological Association (in both exercise/performance psychology and health psychology). In 2019, Jim received the American Psychological Association’s Excellence in Clinical Health Psychology Award from APA Division 38: Society for Health Psychology.

His research program includes nearly 200 peer-reviewed scientific publications related to health behavior-change theory and methods applied to exercise adherence, controlled eating, weight management, and the effects of physical activity on mental health, body image, emotional eating, and other quality-of-life factors. He is among the six most cited researchers in the U.S. in the categories of “health behavior change,” “behavioral psychology,” and “exercise psychology.” His findings on associations between moderate physical activity, self-regulatory improvements, and eating-behavior changes form the basis of a weight-management treatment model tailored for large-scale applications. This intervention demonstrated high degrees of success with the substantial problem of sustaining losses in weight and reductions in health risks.

He also authored over 100 articles and chapters, and four books, targeting methods for health-promotion practitioners. They translate his research for wide-ranging clinical applications. His protocols that cross age ranges include: Weight Loss For Life, The Coach Approach, Youth Fit 4 Life, Start For Life, The Member Adherence Plan, and The Health and Fitness Experience. The National Institutes of Health/National Cancer Institute identified his array of protocols as representing the most treatments by any single researcher or research group in the areas of physical activity, diet/nutrition, and obesity certified by their Research-tested Intervention Program and Evidence-based Cancer Control Program systems. They have been utilized within numerous community health promotion and preventive medicine settings in the U.S., Canada, United Kingdom, Italy, and Japan; with applications addressing diabetes, hypertension, depression, cancer recovery, Parkinson’s Disease, and pre- and post-bariatric surgery. Their associated research has been supported by the U.S. Department of Education, Centers for Disease Control and Prevention, U.S. Department of Health and Human Service, and Canadian Interior Health Authority, along with many private foundations. Recent reviews identified Jim’s research program on exercise adherence intervention as being the most extensive in the world, to date.

Dr. Annesi serves as a contributor/consultant to media outlets such as the Associated Press, New York Times, Translational Behavioral Medicine, London Times, WebMD, and PBS; and he is a senior editor for The Permanente Journal. In an earlier career, Jim was among the several youngest members of the United States Professional Tennis Association to obtain Master Professional status and did research and consulted on anxiety regulation methods to maximize sport performance.