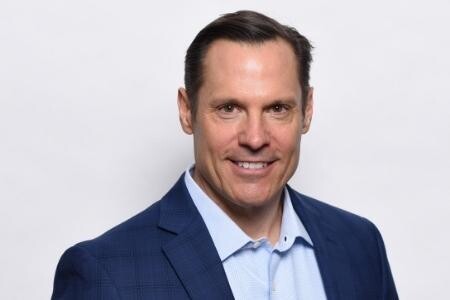 Having been in software technology for over 30 years, Ron Lamb is currently the CEO of Daxko, which provides software and integrated payments to nearly 10,000 health and fitness centers worldwide, including over 70% of YMCAs in the U.S.

Ron began his career at Reynolds and Reynolds, a global leader in providing software for retail automotive dealerships as a sales trainee in Tampa, FL. Ron progressed through the sales hierarchy with various positions in sales and sales leadership in Jacksonville, FL, Baltimore, MD, and Atlanta, GA.

In 2002, Ron transferred to the world headquarters in Dayton, OH, to lead the company's efforts in customer relationship management and digital marketing.

In 2005, Ron became vice president of sales with annual revenue expectations of $1 billion per year. In 2006, Selling Power Magazine presented the Reynolds team with the Best Run Sales Organization award.

In 2010, Lamb was named President of Reynolds and Reynolds and asked to lead a major transformation of the company to move beyond back office systems to focus on improving the end-to-end consumer retail experience. The investment in new technologies led to the highest levels of customer and industry satisfaction and an increase of $300 million in annual recurring revenue.

In 2016, Ron was named as a Global All-Star by Automotive News for impacting the automotive industry. The award was a first for anyone providing software to the retail industry.

After leaving Reynolds in 2017, Ron formed his own consulting company working with software companies and private equity firms. During this time, he worked with several companies, served as a director on the board of a nonprofit, Crayons to Classrooms, the board of the publicly traded Nebula (NASDAQ) and privately held Transflo.

In July 2018, Ron became CEO of Daxko where his team has significantly increased investment in their people and the technology that powers health and wellness throughout the world.

Ron holds a bachelor’s degree from Princeton University and an MBA from Loyola University.

Ron has served on the board of directors of the Pikes Peak Region YMCA for several years and is currently acting as vice chairman.

Ron and his wife Kristi reside in Denver, CO, and have been happily married for 31 years. They have three children.