When stocking a health club, cardio and weight machines aren’t just imperatives for your club—they’re indelible to your brand. Make sure your equipment makes a statement.

If you watched the Super Bowl this year, you saw a flood of ads where huge corporations featured multiple brands in a single spot. One such ad highlighted Procter & Gamble’s enormous roster of consumer products, including laundry detergent, paper towels, personal care products, and dozens of others. (We don’t need to list the actual brands under the P&G banner—they don’t need the publicity.)

Nobody goes to the store with the words “Procter & Gamble” written on their shopping list. So why did the multinational conglomerate make a P&G-branded ad campaign in their biggest television buy of the year? One dimension that P&G hoped to exploit was the interactive angle, since it gave viewers a chance to vote on the direction the commercial would go. But they had a broader strategy.

As outlined in an article by CNBC, P&G isn’t just interested in pitching their family of brands to consumers; they want to engage them in a shared enterprise. Says the article: “It’s a way of getting P&G’s brands out there and part of a move toward ‘creative partnerships,’ where the company aims to have an editorial rather than a purely promotional tone in its marketing.”

Welcome to the world of lifestyle brands. As explained by Steve Harvey, co-owner of creative agency Fabrik Brands, London: “Successful lifestyle brands earn the loyalty of their customers because they convince them that, with a little help, they can become the person they want to be.”

Under this definition, every fitness brand is a lifestyle brand—or should act like one. As traditional marketing fades away in favor of personalization and experiential services, health clubs are in an ideal position to deliver on the lifestyle promise.

As Harvey says of lifestyle brands: “These businesses have figured out how to earn the respect and trust of their customers by giving them access to the lifestyle they crave.”

Your Suppliers Are Essential Parts of Your Brand

As a health club, your brand identity is determined by a number of factors. But you can’t overlook the influence your equipment suppliers have on your brand equity. If you have poorly maintained or aesthetically out-of-date cardio machines, for instance, your lifestyle brand image takes a hit.

Establishing or upgrading a health club to compete in today’s marketplace requires careful consideration of what elements make up your brand story. In the 2019 IHRSA Profiles of Success, statistics show that treadmills and weight/resistance machines take the lead in “club consumer participation” among members. Says the report: “Often the clubs that have the advantage are those that have continuously reinvested in new, high-quality equipment, freshly painted walls, and new carpet.”

Equipment that people love to use and also has eye appeal can give your entire club a new sheen. This is a big reason why fitness equipment rates the highest in reinvestment costs by clubs. Choosing an equipment supplier that reflects the high standards of your brand is more important than ever, especially if you’re a new club that’s establishing your name in the marketplace.

That issue was on Bryan Hogan’s mind when he opened up a franchise of The Zoo Health Club Elite in Alpharetta, GA, in September 2019. The club is open 24 hours and features a Blitz45 functional training studio inside the facility. That’s two different franchises Hogan has to service in one location.

With the club situated in the busy northern suburbs of Atlanta, Hogan knew that he was going to have a ton of foot traffic and a wide-ranging clientele, so he included childcare, Silver Sneakers programming, saunas, Les Mills, Zumba, and other group X classes and services to cover his bases. 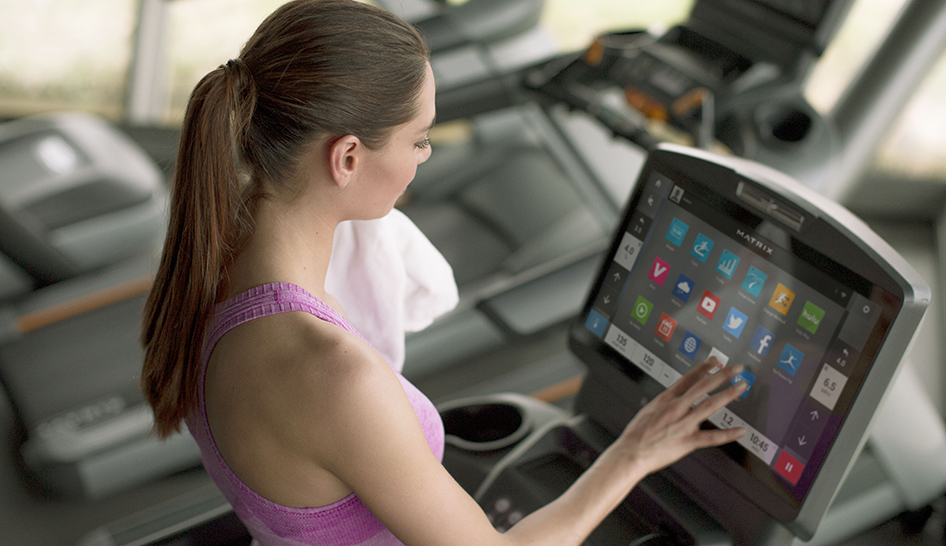 With so much at stake, Hogan’s ambitious enterprise depended on him making the right choice in equipment supplier. This was a club as lifestyle brand—a full-service, 24-hour crown jewel in a thriving Atlanta suburb. And he had put a studio franchise inside of a Zoo Health Club franchise. While cost was a factor, choosing equipment with the pedigree, reliability, and aesthetics of the brand he was defining was critical to his success.

Durable Equipment with the ‘Wow Factor’

Just a few months after opening his club, Hogan says that his membership has already reached a range of 600-800 members. And one of the reasons why, he says, is because he chose Matrix Fitness as his equipment supplier.

“I have had the opportunity to work with Matrix equipment in the past, and I felt like it was the best choice by far,” says Hogan. “When giving tours of the club, the first thing that everyone notices is the Matrix equipment. We have 20% of our members tell us that having Matrix in the gym helped make the decision to sign up easy.”

As a startup entrepreneur, Hogan also found that Matrix gave him an advantage in leveraging his initial investment.

“The price was more affordable with Matrix and they were able to get me financed easily.”

Matrix’s range of commercial equipment lines gives clubs plenty of choices to create the best options for their brand identity. Matrix’s Strength Seriesof high-performance equipment offers multi-station, single-station, free weights, plate loaded equipment, and other durable equipment to build out a weight floor that matches any club owner’s singular vision. Many of these lines, such as the Aura Series and Versa Series, have created new standards in advanced biomechanical function and design—and are much imitated around the industry.

The Matrix booth on the IHRSA 2019 Trade Show floor.

The full line of Matrix cardio units offers state-of-the-art technology, along with the eye appeal that club owners like Hogan look for when establishing their brand in the marketplace. It’s the “wow factor” that every new club needs when getting started.

Matrix also has a Workout Tracking Network that lets consumers capture data that they can connect with their favorite third-party app. It’s also fully customizable for facilities who want to make it part of their value proposition.

Hogan has seen his new club make a footprint in the market in less than six months. And he believes Matrix is one reason why. This is a supplier that can help any club create their own powerful lifestyle brand.

“I would recommend Matrix to anyone, and I would have them in any other club I open,” says Hogan. “The process of getting the equipment was easy and it alone has brought a large number of clients into the club.”

To find out more about Matrix’s full line of equipment and other services, visit their website or email them at info@matrixfitness.com.