Why All Gyms Need to Follow the Peloton Music Copyright Case

Ten music publishers sued Peloton for $150 million for violating music copyright law. What could this mean for the fitness industry?

Update: The Peloton lawsuit was settled out of court in late February 2020 for an undisclosed amount of money. Peloton and the National Music Publishers Association have entered into a collaborative agreement to “further optimize” Peloton’s music licensing process. The other terms of the settlement agreement are not open to the public.

In March 2019, a group of 10 music publishers belonging to the National Music Publishers Association (NMPA) sued Peloton—the on-demand fitness streaming company—for $150 million for allegedly violating music copyright law. According to the music publishers, Peloton failed to obtain synchronization rights (sync rights) for more than 1,000 songs that it has used in its streaming fitness classes over the years. Peloton has disputed this claim.

Because Peloton prioritizes the use of popular, mainstream songs in its streaming fitness classes, it must obtain sync rights for a significant number of songs to comply with copyright law. 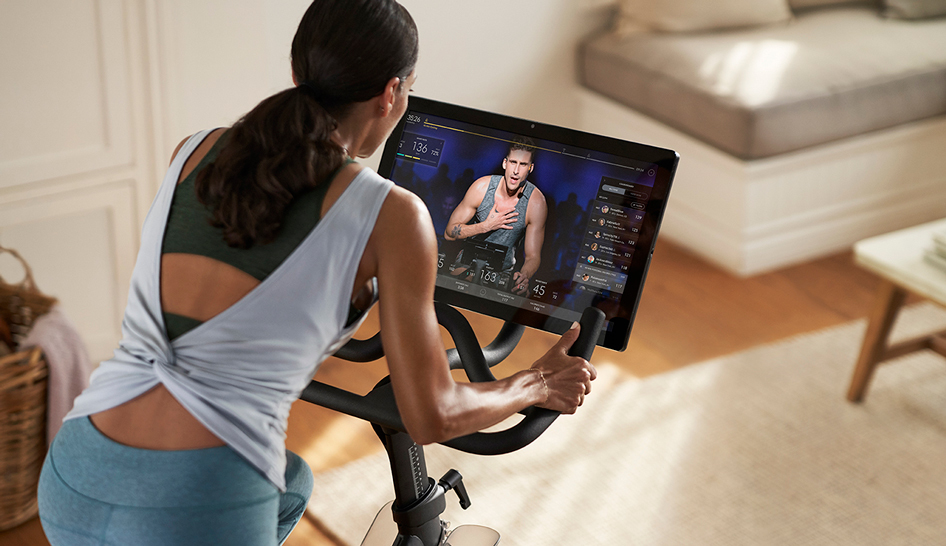 Traditionally, it has been TV shows and films that have most commonly needed to obtain sync rights. Remember when Ferris Bueller sang the Beatles’ Twist and Shout during the Steuben Parade in Ferris Bueller’s Day Off? Filmmakers needed to get sync rights from the appropriate music publisher to comply with copyright law.

However, for Peloton, it is a bit more complicated to obtain sync rights than for filmmakers. Filmmakers only need the sync rights to a finite number of songs, which a film’s music director plans for well in advance of the release of the film. Peloton does not have this luxury. Peloton’s music catalog is extensive and dynamic, containing thousands of songs that the company continually updates in a short time.

Peloton maintains it has devoted significant resources to attempt to obtain the sync rights for the songs it has used in its streaming fitness classes. According to a countersuit filed by Peloton alleging anti-competitive behavior on the part of NMPA and the individual publishers, Peloton claims to have spent “tens of millions of dollars” and worked collaboratively with the music publishing industry to develop an appropriate licensing structure that allowed it to comply with copyright obligations.

While the music publishers and Peloton disagree about the accuracy of the alleged violation, both sides acknowledge that Peloton has obtained the sync rights for many of the songs it uses in its streaming fitness classes. For the music publishers, this makes Peloton’s alleged violation more egregious, calling it “an infringement that was and continues to be knowing and reckless.” Peloton, on the other hand, views this as an illustration of the company’s efforts to comply with copyright laws that are insufficient to accommodate its innovative technology.

Securing sync rights from multiple publishers can be a difficult undertaking for a business that wishes to create streaming content with the latest hit songs.

For instance, eight different publishers hold copyrights to Beyonce’s “Hold Up.” If a business wanted to use this song in a visual work—like streaming fitness class—it would need to get permission from each individual publisher.

“Securing sync rights from multiple publishers can be a difficult undertaking for a business that wishes to create streaming content with the latest hit songs.”

Peloton acknowledges this problem in its countersuit, noting that only 2% of the works named in the original lawsuit belonged to a single publisher. Considering the sheer number of songs Peloton has in its music catalog, it’s easy to see how keeping track of so-called “fractional licenses” could be a significant administrative challenge.

Why Are Sync Rights Difficult to Obtain?

If you’re a club operator, paying music licensing fees to performing rights organizations (PROs) such as BMI and ASCAP is probably not new to you. Even still, you may be wondering why the process for obtaining sync rights is different—and more complicated—than getting a public performance license.

For one, PROs consolidate the works of publishers and songwriters so that businesses only need to negotiate with the PRO to obtain a public performance license. There are currently only four PROs operating in the United States:

BMI and ASCAP control approximately 90% of the market share. Now, if we look at sync rights, there are dozens of different music publishers controlling sync rights for artists.

In other words, if your club pays for ASCAP’s fitness facilities’ license, you are entitled to play all of the music in ASCAP’s repertoire publicly.

Publishers, on the other hand, have complete control over how they choose to distribute sync rights. A publisher does not have to issue blanket licenses and does not have to allow a business access to the songs under its control. In its countersuit, Peloton notes that it had a blanket license agreement with one of the publishers mentioned in the original lawsuit—it expired—and limited license agreements with others.

While this system may make sense when considering negotiations between a publisher and a filmmaker, it is a considerable roadblock for fitness companies looking to include popular songs in streaming fitness classes.

If you want to learn more about public performance licenses, download IHRSA’s Music Licensing in the United States briefing paper.

In the aftermath of the publishers’ lawsuit, Peloton customers supposedly noticed that the music playlists selected for fitness classes had changed—and not for the better.

Without knowing the outcomes of the publishers’ lawsuit against Peloton and Peloton’s countersuit, it’s too early to tell what ramifications these cases will have on businesses that create streaming fitness content.

What is clear, however, is that the current licensing structure to obtain sync rights was not developed with companies like Peloton in mind. Fitness companies must recognize the complicated and burdensome legal and administrative obligations that developing streaming content entails.

IHRSA will keep monitoring this case as it continues and we will inform you on how this could impact the fitness industry at large.