This is an IHRSA featured post, brought to you by Matrix Fitness.

The Value of Sticking to a Plan—and Being Yourself

Amped Fitness was born of a desire to offer something truly different and out of owner Travis LaBazzo’s desire to build it his way and never deviate from who he is.

Travis LaBazzo has always had a plan—and he’s always been true to himself. He started out in the early 2000s as a personal trainer and eventually started his own personal training business.

“Back then, PT operations were still subcontracted departments within gyms,” he says. “So, I started New You Personal Training and went from one to four locations almost overnight.”

At the time, though, subcontracted personal training clubs were starting to get bad press, things were going downhill, and LaBazzo felt the market was simply too volatile to continue scaling his PT business.

“It was hard to sit back and watch the lack of effort put into all aspects of the business,” he adds. “The only way I would ever be able to be surrounded by a winning culture is by having control of the entire operation.”

In 2015, LaBazzo decided to hit the reset button. Going back to a trusted contact—the first person he ever subcontracted with—he decided to partner on a new high volume-low priced (HVLP) concept called Amped Fitness.

But everything he learned along the way came with him, including knowledge he’d gained about effective member marketing, setting up the business structure right from the start, and more.

“I felt that everything I’d done to this point was a stepping stone,” he says. “I’d gained a lot of confidence doing what I was doing enough to understand that not having all the pieces was OK.”

LaBazzo had a different outlook as well. While he’d always considered himself a straightforward guy, he entered this particular venture with a very specific mindset. 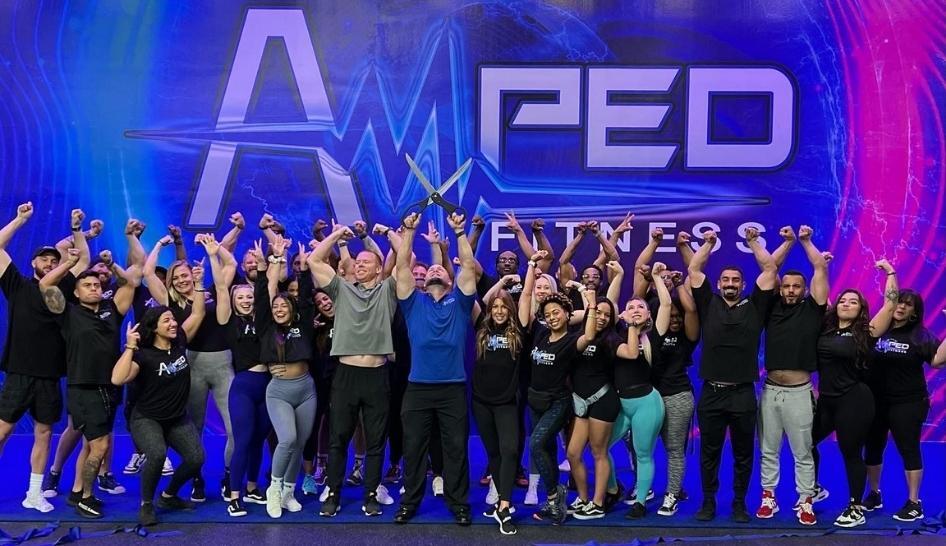 “I’m going to do what I say I’m going to do and stick with my plans,” he says of his approach. “Things can change, but I wanted to be fundamentally the same and transparent in my approach every time, so people knew what to expect. I knew this was a David and Goliath scenario—we were up against some huge competition—so I wanted to make sure I stayed true to my intentions and that anyone who worked with me understood that and did the same.”

So, Labazzo sold his PT business, he and his partner bought a failing club in Daytona, FL, and Amped Fitness was born. Since then, the chain has grown quickly, with 11 clubs open, three more in development, and a couple of others in various stages.

As far as HVLP clubs go, Amped is unique in several ways. First, LaBazzo notes, is the culture.

“We all bleed blue for Amped—it’s part of the DNA of any team member here,” he asserts. “We have incredibly high energy, and we want to make an impact on anyone who walks through the door. And we’re edgy, sort of in your face. If you’re high energy, you’ll love us. If not, you’ll hate us.”

In keeping with the way LaBazzo presents himself, Amped Fitness—he points out—is exactly what it looks like. “We’re just cut from a different cloth, and we don’t pretend to be something we’re not,” he adds.

Beyond the culture, Amped Fitness has a higher-end design and equipment than you might expect in HVLP facilities.

“It starts with function,” he says. “We have top-of-the line strength-training equipment, which can sometimes be an afterthought in these types of facilities, but it’s at the forefront of what we want to do here. I also invest more because I want everything to look good but function better. I hate going into clubs that have cool-looking equipment that doesn’t function.”

When Amped turned to Matrix for equipment, LaBazzo found he had a like-minded partner. 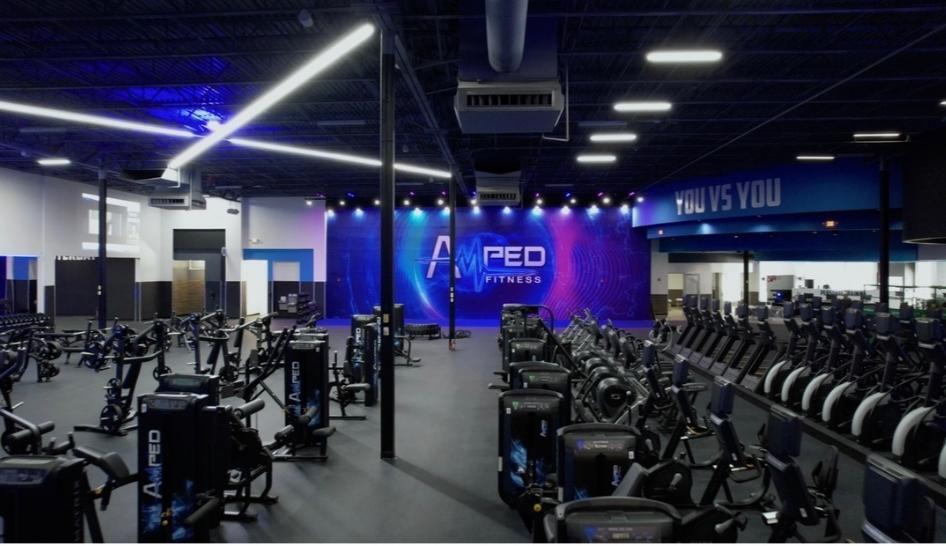 “When I dealt with Matrix, I felt that they knew exactly who I was and what I was trying to do,” he says. “They deal with much bigger players, but they always made me feel like we were in a partnership. They knew we would grow and have supported us from the start. It’s not just about pricing and supply, but it’s the respect with which we’ve been treated and the help we’ve gotten in sourcing other vendors because of Matrix. That hasn’t changed since day one. We made a sort of handshake agreement—which is really a lost art—and the partnership has worked because we both do what we say we’re going to, and they know they can grow with us.”

Amped also offers amenities you don’t typically find in the model, such as saunas, half-court basketball, hydromassage, and more.

What’s Next for Amped

While Amped has scaled somewhat quickly since its debut, LaBazzo would like to see it expand further, faster. The key to that growth lies in franchising.

“We want to be aggressive, and we’ve been learning a lot as we put our infrastructure together,” he says. “We think the best way to scale is through franchising. If you’re private equity backed or you have substantial finances backing you, you can scale as fast as you want to as long as you have the personnel. When it comes to franchising, you don’t need all that, so that’s how we want to grow. We’ll still do a lot of corporate facilities, but franchising will help grow that much more quickly.”

At this point, LaBazzo has the franchise agreement and operations manual documentation complete. He’s looking to launch the Amped Fitness franchise potentially by the end of 2023 or early in 2024.

“We are regional to Florida and Alabama at the moment, but we’ll eventually be nationwide,” he states. “We have other states on our radar and should be expanding our footprint by the end of next year.”

But even if those plans change, it wouldn’t change the way LaBazzo views what he’s doing.

“Not being ready is OK... You need to be able to adapt to change,” he says. “But you have to believe in yourself before anybody else will. What matters most to me is that willingness to be who I am and not diverge from that, so that the people I work with know what to expect when they deal with me. You're going to get exactly what you're going to get with me. You see it. I wear it on my sleeve. You're going to hear it right, wrong, or indifferent. That’s how I’ve made Amped Fitness work.”

To learn more about Matrix products, visit their website.