The Preventive Role of Exercise in the COVID-19 Outbreak

We review three studies showing how physical activity positively impacts overall health in the general population, cognitive and non-cognitive outcomes in people with mild cognitive impairment and dementia, and quality of life in breast cancer patients.

The Health Benefits of Exercise Report is a newsletter and article series in which we select three peer-reviewed articles, summarize the key findings, and provide social media images for you to share with your community. You can read previous articles here.

As the COVID-19 pandemic persists, maintaining a physically active lifestyle continues to present a challenge. However, we know that exercise is a key measure to help prevent chronic health conditions that still affect millions of people and increase the risk of severe COVID-19. This month’s edition of the Health Benefits of Exercise Report covers: 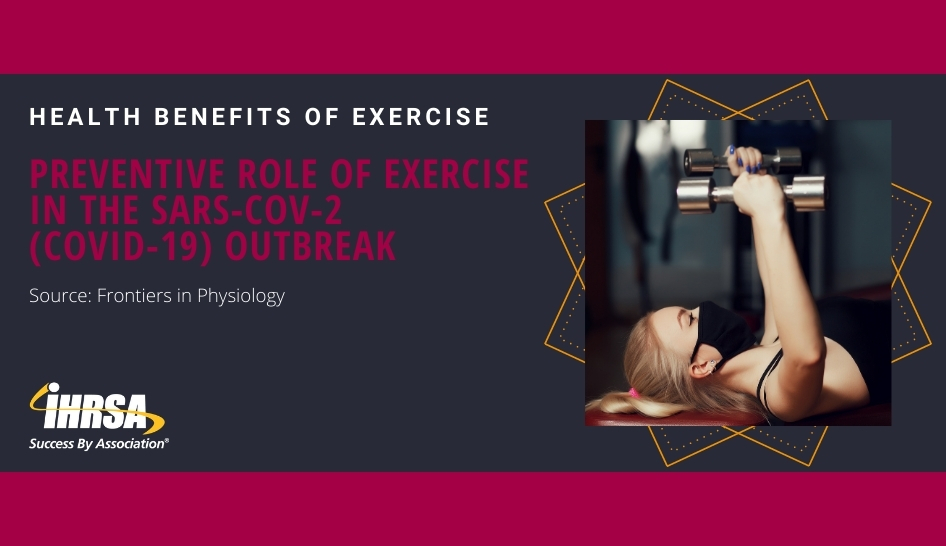 According to the Centers for Disease Control and Prevention (CDC), people with medical conditions, including obesity, heart disease, and diabetes, are at increased risk for more severe COVID-19 outcomes. A UK study linked obesity, smoking, and physical inactivity with COVID-19 hospitalization. An article published in Frontiers in Physiology outlined evidence supporting physical activity and exercise as a strategy for improving health and minimizing the effects of COVID-19.

The authors outline evidence in support of three key ways in which physical activity may be protective against infection:

Additionally, they note that exercise is inversely associated with inflammation, which is important given that an intense inflammatory response characterizes COVID-19. Studies have shown certain inflammatory markers typically overproduced when the immune system is fighting an infection tend to be lower in people who exercise regularly.

The study concludes that 150 minutes of moderate activity is a good initial target, consisting of a foundation of aerobic and moderate-intensity continuous training with appropriate amounts and types of resistance and high-intensity interval training mixed in.

According to the authors, “above all, exercise provides multiple benefits to boost individual’s health, which may also be beneficial to potentially reduce the risk of infections; this is currently relevant, considering the situation of COVID-19 pandemic which is still ongoing with the absence of a vaccine.” 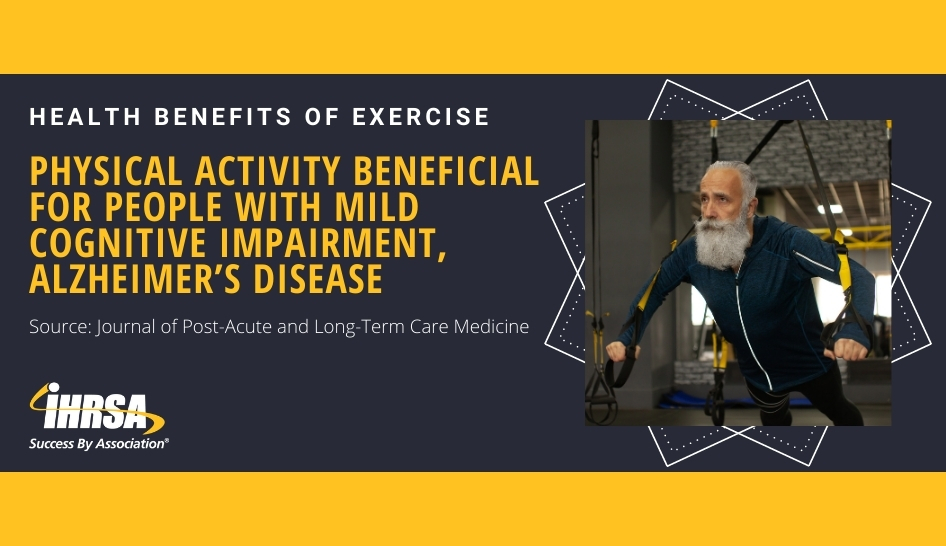 Dementia is a rising global health issue; by some estimates, over 75 million people will have dementia by 2030. People with mild cognitive impairment (MCI) are at higher risk for dementia. In a study published in the Journal of Post-Acute and Long-Term Care Medicine, researchers conducted a systematic review of randomized controlled trials to:

In total, the authors evaluated 27 systematic reviews, including more than 28,000 participants.

According to the findings, physical activity/exercise had a statistically significant impact on cognition in people with MCI, exerting beneficial effects on attention, executive functioning, and memory. Combined physical activity—for example, an intervention including both aerobic and resistance exercise—and aerobic exercise alone improved several cognitive outcomes but had no effect on disability.

In people with Alzheimer’s disease and other forms of dementia, combined physical activity/exercise improved overall cognition but did not affect other cognitive measures like language, motor speed, or memory. Physical activity/exercise did seem to lower fall risk and the number of falls. Home-based exercise improved disability, depressive symptoms, and other emotional, psychological, and behavioral symptoms that can accompany dementia.

This review provides evidence that physical activity/exercise significantly improves cognitive and non-cognitive (like fall risk and depressive symptoms) outcomes in people with dementia and MCI. However, the evidence was of low to moderate quality and studies analyzed were at high risk of bias, indicating a need for further research to confirm these findings. 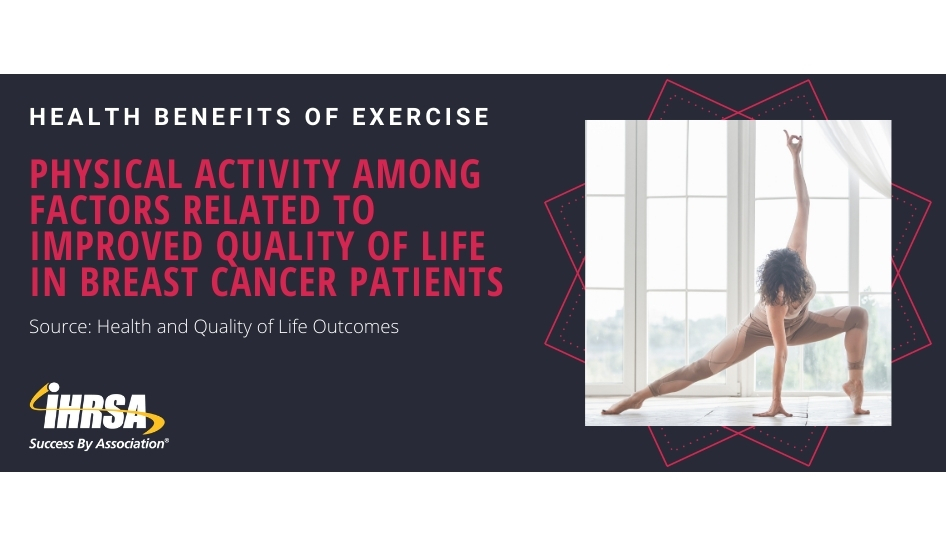 Breast cancer is the most common cancer type in women, with 2.1 million cases diagnosed in 2018. In addition to survival, quality of life is a key outcome measure in people with breast cancer. A systematic review of reviews published in the journal Health and Quality of Life Outcomes updates evidence published in 2008, addressing whether or not quality of life has improved in the last decade and what factors contribute to patients’ quality of life. The authors assessed 81 reviews, of which they deemed 85% include moderate or high quality evidence.

Physical activity interventions are associated with higher quality of life. These included yoga, exercise, mind-body exercise, physical self-management, and art therapy, with yoga being most effective. Other factors relating to improved quality of life include:

The authors conclude that “quality of life in breast cancer patients improved greatly during recent years as several simple but effective interventions such as physical activity and psychosocial interventions proved to be effective.” However, other factors, like treatment side effects, require more attention.

Make the Most of the Health Benefits of Exercise Report

Share this content widely to help spread the word about the many mental and physical health benefits of physical activity.

Want this information sent straight to your inbox? Subscribe to the Health Benefits of Exercise Report.