This is an IHRSA featured article, brought to you by Polar.

The Health Clubs Wearable Revolution Is Just Getting Started

At IHRSA 2020 and fitness industry events around the globe, there’s no doubt that one of the major topics of conversation this year is the ongoing surge of interest in tech-enabled group training. It’s become a prime driver of membership participation, resulting in increased revenue and retention.

This is an industry-wide phenomenon. The annual global report by the American College of Sports Nutrition (ACSM) named wearables the number one fitness trend of 2020. Says ACSM former President Walter R. Thompson, Ph.D., FACSM, lead author of the survey: “Wearable tech has become ingrained in today’s culture, and the industry shows no signs of slowing down.”

“Wearable tech has become ingrained in today’s culture, and the industry shows no signs of slowing down.”

An article published earlier this year in Club Business International spoke to club owners who have seen measurable improvements in membership numbers and retention after introducing group training using wearables. One was Kevin Doyle, general manager of Westpark Fitness in Dublin, Ireland.

“In September, we saw a 16% increase in retention from the same month in the previous year,” reports Doyle. “We’re seeing better visit frequency, and, now, people who participate in group exercise tend to stay longer.”

If your club doesn’t offer at least one of these wearable SGT programs, you’re at a competitive disadvantage. So, what’s holding you back? To many, it’s the cost and logistics of creating an entire program from scratch. But there are ways around that.

The Growing Market for Wearables 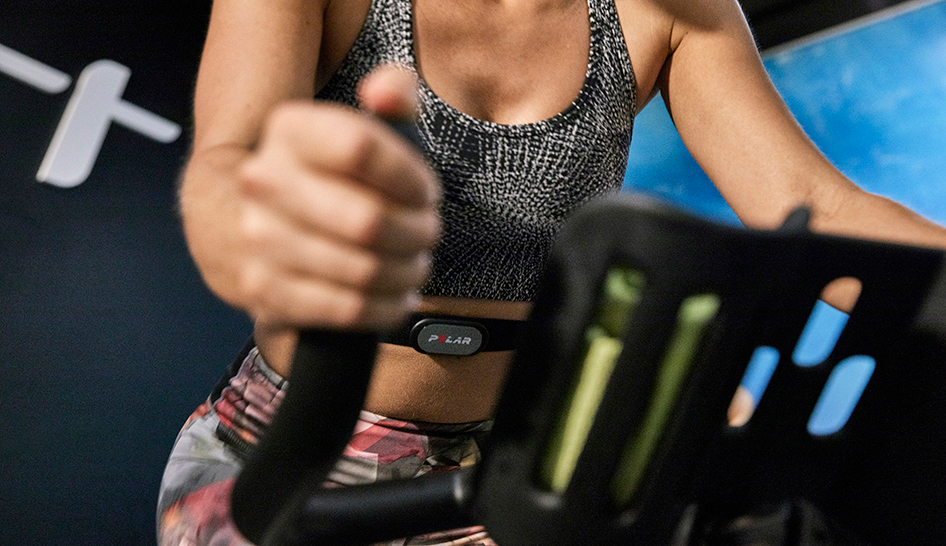 The market for wearables continues to expand at both ends of the cost spectrum. At the high end are Apple Watches. These devices are designed for a multitude of tasks, some connected to health and fitness. The functionality and versatility of these products have increased their popularity. It was recently reported that Apple Watches outsold the entire Swiss watch market in 2019.

But there’s also a prohibitive cost associated with these high-end wearables, which are more or less wrist computers. Not only are they priced in the hundreds of dollars, Apple Watches may not be practical or even desirable to use in a health club setting. You don’t need a GPS when walking from the locker room to the cardio floor.

Other expensive wearables have the same setbacks. Clubs balk at group training programs that force their members to buy expensive products, which limit the appeal and, therefore, attendance of these classes. You don’t need a computer to tell you how effective your workout is. You need only a heart rate (HR) monitor. HR training is still the gold standard for measuring optimal exertion for fat burning and progressive improvement in fitness levels.

In fact, a traditional chest strap may provide more accurate readings than some high-priced wearables. A study published in the January 2017 JAMA Cardiology found that a chest strap/watch monitor was 99.6% accurate, while other fitness trackers had a lower accuracy rate. In fact, some more expensive trackers were off by as much as 15-34 beats per minute.

Training using HR zones is at the heart (pun intended) of many of the most popular group training classes in the industry. These HR-driven classes seem to hit the sweet spot for consumers on multiple levels. They deliver visual stimulation via leaderboards, and offer an abundance of rewards and social encouragement. The combination of personalization and gamification featured in these group sessions have proven to be a powerful motivator.

Science backs this up. Research by the University of Chicago explains some of the psychology behind the appeal of HR group training. When there’s a medium point between our effort and our goal, we have a bias toward maximizing the medium itself. Says the paper: “Companies struggling with customer engagement should employ mediums such as points, badges, or tokens that customers can accrue when they make a purchase or complete a task—thereby motivating them to engage with the business.”

Members thrive on this reward mechanism, and see your health club as a destination for personal fulfillment. This has a powerful influence on retention and word of mouth. This is why clubs are doing themselves a serious disservice by not taking advantage of HR group training.

Some clubs may feel these classes are beyond their reach. As stated earlier, one of the main obstacles for introducing group training in some clubs, such as HV/LP facilities, is the cost factor. But that appears to be changing, and you can thank the biggest name in HR wearable technology for that.

It’s not every day that the standard-bearer in a category creates a price point that changes the game, but Polar has done just that. The company recently launched the

Polar H9 wearable that is its most affordable yet.

This opens the door to many clubs that have felt that HR group training was beyond their reach. And what makes this more exciting is that it’s coming from the company that all but invented HR training in health clubs. For more than 40 years, Polar has been synonymous with fitness technology, wearables, and wireless HR services in club settings.

Polar not only offers a range of wearables, including the Polar OH1+, Polar H10, the Polar Ignite, along with the new Polar H9, they’ve created an entire plug-and-play HR group training experience called Polar Club. Polar Club can set up any club with a complete library of programming, along with the wearables, technology, and a leaderboard to fulfill the social gamification that’s become a centerpiece of these workouts.

Polar ties all of this together with their Polar Club app and Polar Open AccessLink API. This state-of-the-art digital technology allows your members to connect Polar data with the most popular fitness apps and third-party gym equipment, so you can keep them motivated and engaged beyond your club’s walls.

Don’t let the wearable revolution leave you behind. With the plug-and-play ease of Polar Club and the new price point on their wearables, any club can take advantage of the power of HR group training.