Attorney Tony Ellrod shares legal and other issues being posed as health clubs traverse a world impacted by the coronavirus pandemic.

The impact of the coronavirus outbreak upon the global economy has been tremendous, and businesses of every shape and size across the United States are struggling. However, no industry has been hit harder than the health club industry.

Health clubs were some of the first businesses ordered to close by various governmental entities. As an attorney that has been representing the club industry for over 30 years, I wanted to share with you the legal—and other—issues being posed to me by my clients, provide ideas on how to deal with these issues to emerge from this situation as strong as possible, and prepare health clubs to deal with the new normal.

The relief programs the government is rolling out to address this crisis are unprecedented. From federal programs such as the CARES Act to local moratoriums on residential and commercial evictions, the number and variety of relief programs are substantial, particularly for companies operating on a national or international basis.

Hopefully, you have pursued any and all relief available to weather the storm. Keep in mind that there are programs that many overlook. For example, not only does the CARES Act provide for new SBA loans, the SBA will automatically pay all principal, interest, and fees for current 504, 7(a), and microloans for a period of six months. It is important to speak with your banks and brokers to ensure that you are pursuing all available relief.

Many commercial insurance policies include business interruption coverage. This is insurance designed to replace income and pay extra expenses when a business is affected by a covered peril. Named perils policies typically include damage resulting from theft, vandalism, wind, flooding, and fire. Other "all-risk" policies provide coverage for all perils and would include civil or military authority, such as the shutdowns ordered during this pandemic.

Viruses and disease are typically not included under named perils policies and are often expressly excluded under all-risk policies.

In any event, business owners should consult with their insurance brokers and legal counsel to carefully review all existing insurance policies to determine if there is a potential for insurance coverage.

In many areas, state and local municipalities have passed emergency measures creating a moratorium on both residential and commercial evictions.

Some provide for rent deferral, and most recommend that landlords and tenants work together to create arrangements both can live with. Each situation is different, and in some instances, it is not in the tenant’s best interest to completely defer rent for as long as possible if there is an ability to pay.

I strongly recommend that each business analyze its particular situation and work toward negotiating solutions with their landlords rather than simply pursuing the maximum governmental relief available.

The term force majeure has been discussed more during the last three months than over the prior 30 years combined.

This often-overlooked provision has taken front and center stage during this crisis in almost every industry. In a nutshell, force majeure (literally translated "superior force") is a contract provision that will relieve one or both parties from their obligation to perform because of a change in circumstances beyond the party's control that makes performance impossible.

Usually, the provision addresses things such as acts of God, strikes, riots, fires, floods, wars, civil strife, etc. Some provisions will expressly include disease or pandemics, but most do not. If not expressly addressed, the language of the particular provision will determine whether the current pandemic is encompassed. 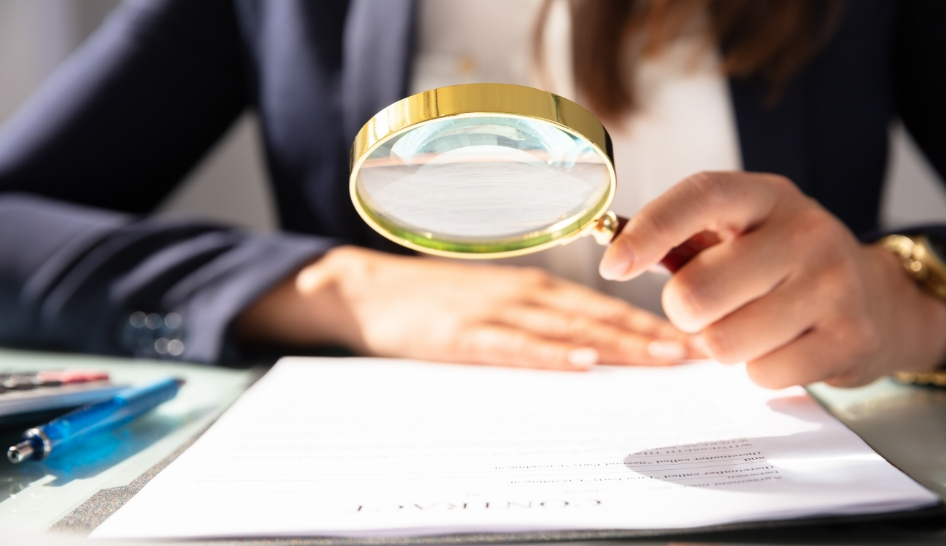 Force majeure provisions come into play in situations where, for example, a club is paying for vendor services that cannot be used because a government has ordered the business to close. A properly worded force majeure provision in such a vendor agreement could provide for the cancellation of the contract or suspension of payment until the situation resolves. You should review all such contracts to determine whether they contain provisions that might provide relief.

Even in the absence of an express force majeure clause, there may be common law defenses to vendor agreements such as impossibility or impracticability. The best strategy for dealing with contracts that are threatening your business is by obtaining a negotiated solution. It would, however, be wise to review all applicable contracts and legal theories with legal counsel so that you have an understanding of your rights and responsibilities before entering into such negotiations.

Another important area to consider is a force majeure provision in health club membership agreements. Such a clause could excuse the club's provision services that have been pre-paid.

Indeed, looking forward, it would be wise for every club to incorporate such a provision into their membership agreements detailing exactly how the club will deal with similar circumstances in the future. A well thought force majeure provision could avoid claims such as those that are currently being asserted in a number of health club member class actions arising out of this pandemic.

The coronavirus pandemic will undoubtedly spawn employment claims of a variety that is yet to be determined.

For example, a company choosing to initially bring back younger, more robust employees first in order to protect the health of older or more fragile employees could face discrimination claims. Club operators must be sure to consult with human resources and legal professionals to evaluate procedures and document the advice given to them to minimize the risk of exposure.

Another area of concern is the potential reduction in salary for exempt employees. This could change the status of such employees from exempt to nonexempt, creating wage and hour exposure. You must take care to ensure compliance with all applicable wage and hour laws.

As the industry emerges from the crisis, new challenges will be presented. Health clubs by their nature are particularly vulnerable to attack.

Members breathe heavily while exercising and use equipment that is shared. Group X classes are essentially small social gatherings with members breathing heavily. Clubs will need to make changes to operate safely. 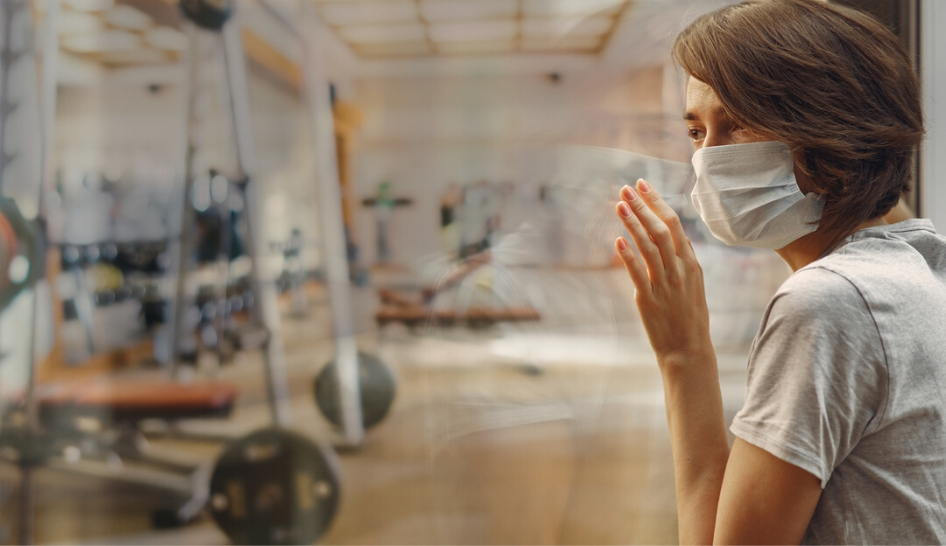 Social distancing protocols, both among members and between members and staff—such as personal trainers—will need to be established and enforced. Personal protective equipment (PPE) in the form of masks and perhaps gloves will likely be required for the foreseeable future. It is crucial for clubs to make absolutely clear to members what PPE and what behavior is expected and required.

As restrictions are relaxed and clubs begin to open, many will do so in a controlled fashion, limiting the number of members that can access the club at any given time. Many clubs are rolling out reservation procedures where members can schedule the time they will access the club and reserve spots in reduced-size group exercise classes to ensure social distancing.

The manner and method of personal training, a crucial income stream, will also need to adapt to protect both members and trainers. As clubs reopen, they should provide detailed information to members regarding what policies and procedures are in place and why, so members will have reasonable expectations upon their return.

From a liability standpoint, it would be prudent for clubs to document what cleaning protocols are in place, including when and how the premises and equipment are inspected and cleaned. Similarly, social distancing protocol and enforcement should be documented.

Undoubtedly there will be claims alleging that a member contracted the virus as a result of inadequate (negligent) cleaning procedures, causing or permitting violations of proper social distancing protocols, etc. The more a club documents not only what it is doing but why, the better equipped it will be to avoid or fight such claims.

In addition to the foregoing, it would be prudent to expressly address contracting a virus at the club in the releases of liability that are typically part of health club membership agreements. While the claim would essentially be one for negligence, which is likely already covered, expressly referencing contracting a virus as one of the things covered by the release would remove any doubt that it was contemplated by the parties. Many clubs are including this in notifications to members regarding club reopening.

Health clubs face unique and challenging hurdles during this crisis. Surviving the coronavirus pandemic and prospering after it fades will require each club to take a close look at all aspects of its business.

This may require a multi-faceted approach, obtaining advice from legal, accounting, and human resource professionals to weigh various options and make informed and educated decisions.

These truly are unprecedented times. The challenges faced by business leaders have been and will continue to be significant as the national and global economies begin to recover.

Things will likely never be what they were. There will be a new normal. Those businesses that can adapt will thrive, and those that cannot will likely not survive.

Anthony "Tony" Ellrod has been representing health clubs for over 30 years in every aspect of their business. He is a partner with Manning & Kass, Ellrod, Ramirez, Trester, LLP's where he heads up the firm's Sports and Recreation, Commercial Transactions and Business Litigation Teams. Tony may be reached at 213-624‑6900 or by email at aje@manningllp.com. All information provided is of a general nature and is not intended nor represented to replace professional, specialized legal advice, nor should the information be relied upon as the same.

Anthony Ellrod, Esq. is a partner with Manning & Kass, Ellrod, Ramirez, Trester, LLP, where he heads the firm’s Sports and Recreation Team. This team’s practice focuses on both drafting and reviewing agreements and defending cases involving general negligence, premises liability, products liability, employment, and contract issues for the firm’s fitness and recreation clients.