Service Animals in Health Clubs: What You Need to Know

It’s important to understand your club’s rights and responsibilities when managing a situation involving a service animal.

At first glance, it may be a disorienting sight: someone has just walked into your club with a dog. While your instinct may be to approach the individual and remind him of your club’s no pet policy, there’s a chance that the dog is a service animal and has a legal right to accompany its handler to the gym.

Understanding what actions you can and cannot take in this situation is critical to ensuring that your club provides an accommodating environment for people with disabilities and avoids potential legal trouble. 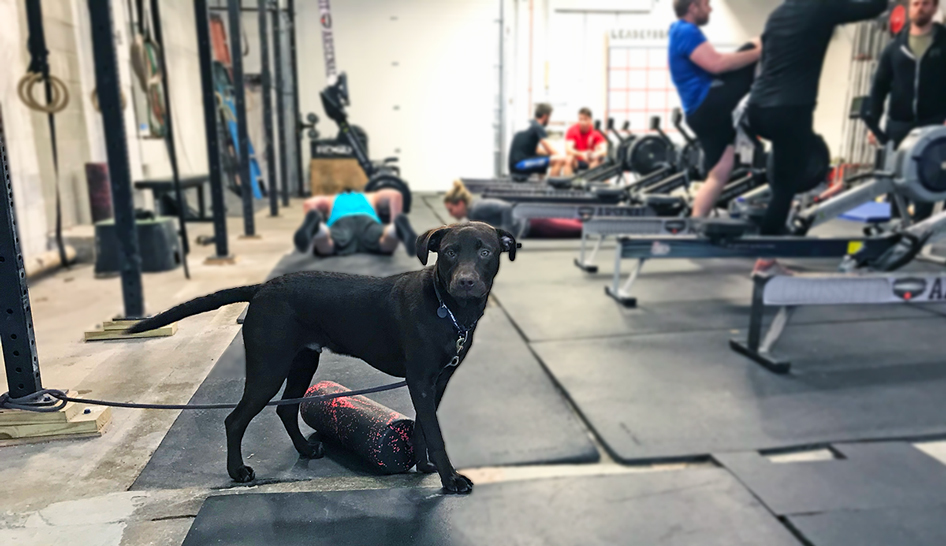 What Is a Service Animal?

The Americans with Disabilities Act (ADA) grants protections to people with disabilities accompanied by service animals in all 50 states, and defines a service animal as “any dog (any breed) that is individually trained to do work or perform tasks for the benefit of an individual with a disability, including a physical, sensory, psychiatric, intellectual, or other mental disability.” The task(s) performed by the dog must be directly related to the person’s disability. Service animals may be readily apparent—as in the case of a seeing-eye dog—or may be less conspicuous.

Under the ADA, it is illegal for places of public accommodations–including health clubs–to deny access to a person accompanied by a service animal in most circumstances.

It is not necessary for an individual to visually distinguish a service animal from one that is not. Meaning a dog not wearing a vest with “Service Animal” printed on the side could still be a service animal. Furthermore, a dog can be considered a service animal without requiring formal training; legally the dog’s owner can personally train it to do work related to the individual’s disability.

Many states have adopted separate laws that strengthen the protections afforded to individuals who require the assistance of service animals. It is essential for club operators to comply with both the ADA and their state’s anti-discrimination law.

The Department of Justice (DOJ) outlines two definite scenarios in which a public accommodation may refuse access to a service animal:

What constitutes “under control” is dependent on the circumstances of the individual’s disability. While in most situations a service animal would be leashed, there are situations where this would not be necessary. For instance, a combat veteran suffering from PTSD may require a service animal to enter a public accommodation before him to confirm that the building is safe.

However, a service animal would not be considered to be under control if it was acting violently or aggressively, or was repeatedly barking. A dog that barks just once, or that barks because something has provoked it, is not considered out of control. Further, a place of public accommodation may not refuse admission to a service animal due to concerns over allergies or fear of dogs.

“It’s important to differentiate service animals from emotional support animals, which are not afforded legal protections under the ADA.”

How Can Clubs Judge if a Service Animal Is Legitimate?

There are only two questions staff may ask individuals who enter their business with an apparent service animal:

It is important that staff know that these questions must be the extent of their inquiry; it is illegal for staff to ask for documentation relating to the legitimacy of the service animal or the individual’s disability or to ask that the dog demonstrate the services it provides for the individual.

In Dilorenzo v. Costco Wholesale Corporation, an individual brought a lawsuit against a Costco store for allegedly violating both the Washington Law Against Discrimination (WLAD) and the ADA by discriminating against her by inquiring about her service animal and the work it performed for her. Ruling in favor of Costco, the judge noted that the Costco employees’ inquiries were in line with the Department of Justice’s guidance and did not constitute discrimination.

Additionally, in 2005, the Delaware Supreme Court affirmed a lower court’s ruling that a casino was within its purview to deny access to an individual who refused to answer staff’s inquiry into the nature of the dog’s training. However, while the state Supreme Court eventually ruled in favor of the casino, the Delaware Human Rights initially determined that the casino violated the Delaware Equal Accommodations Law and penalized the casino $5,000 (Thompson v. Dover Downs Inc.).

If a health club would like further information regarding service animals, it may submit a question to IHRSA or contact the Department of Justice’s ADA Information Hotline or the appropriate state agency that issues guidance on questions regarding disability access.