More studies are revealing the effectiveness of wearing face coverings to stem the spread of COVID-19. Learn what researchers are discovering as you develop your health club's mask policy.

As the COVID-19 pandemic continues to spread in some regions, health authorities are increasingly requiring everyone to wear masks or cloth face coverings—versus recommending or encouraging them—in indoor settings. This is because masks can be an important strategy to reduce the spread of the virus in the community, given the known spread of COVID-19 by people who are not yet (or never become) symptomatic.

Do Masks and Face Coverings Stem the Spread?

The available evidence would seem to support the widespread use of face coverings to help reduce COVID-19 transmission in the community.

A study in Health Affairs looked at the association between policies requiring the public to use masks/face coverings and the growth rate of COVID-19 in 15 states and Washington D.C. The results found a link between mask requirements and decreasing daily growth rate of COVID-19 during the period studied, April 8 to May 15, 2020. The study estimates those mask requirements possibly averted as many as 230,000–450,000 COVID-19 cases as of May 22.

In a similar study, researchers out of Texas A&M University used statistical analysis and trend projection to estimate the effect of mitigation procedures in China, Italy, and New York City. They found that using a face mask reduced the number of infections by more than 78,000 in Italy from April 6 to May 9, and by over 66,000 in New York City from April 17 to May 9.

Another systematic review published in Lancet analyzed data from 172 studies, including:

Findings published in the U.S. Centers for Disease Control and Prevention (CDC) Morbidity and Mortality Weekly Report may lend a real-world example in support of these findings. According to the report, two hairstylists worked while symptomatic, exposing 139 clients to COVID-19. However, both hair stylists and clients were wearing masks as required by local policy. Upon contact tracing and follow up, none of the exposed reported symptoms, and of the 67 tested, all came back negative for COVID-19. While there are limitations to applying this research (including the possibility of false negatives and missing data), the lack of spread was, in part, attributed to the mask policy. 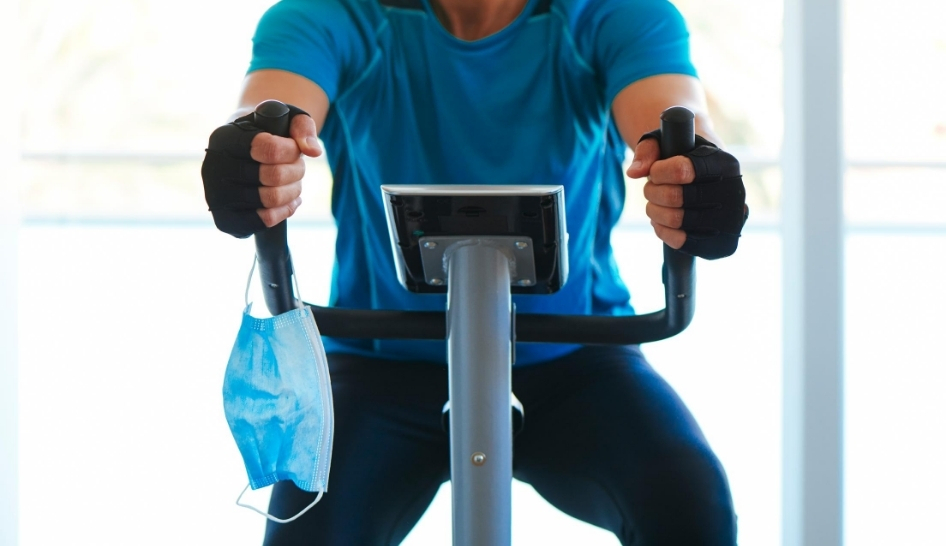 It is important to note that most evidence suggests using masks and face coverings is most effective in protecting others from exposure to the wearer’s respiratory droplets, as opposed to protecting the wearer from COVID-19. However, there is some new evidence suggesting benefits for the mask wearer as well.

One question that continues to arise: are cloth face coverings—versus surgical or respirator masks—effective?

Research conducted at Florida Atlantic University and published in the journal Physics of Fluid aimed to answer this question by visualizing simulated coughs and sneezes with various types of masks. They found that bandanas and tied cotton handkerchiefs were minimally effective, with coughed respiratory droplets traveling approximately one to three and a half feet. Home-made cloth masks with multiple layers of quilted material were much more effective, limiting droplet spread to just two and a half inches. Over the counter masks, like those you can buy at a local pharmacy, contained droplets spread to about eight inches. In comparison, an uncovered cough traveled roughly eight feet.

While the bandanas were not as effective as other cloth masks, they did contain droplet spread to a distance less than the six feet of physical distance recommended by the CDC. These findings underline the importance of combining both masks and physical distancing, as recommended by most health authorities, to help lessen the spread of COVID-19.

Another study, conducted at Duke University and published as a research article in Science, also found similar results: that surgical and some cotton masks were more effective while others, like bandanas, were not. However in this study, researchers found that neck gaiters seemed to break larger droplets into smaller ones, actually increasing the droplet count above that of the unmasked control test.

Are There Risks In Mask Wearing During Exercise?

The WHO (World Health Organization) does not recommend wearing a mask during exercise because it can make breathing more difficult. Additionally, sweat can make the mask wet, which impacts breathing and promotes the growth of microorganisms.

The CDC recommends wearing a mask in public when it is not possible to maintain physical distancing. The CDC discourages wearing a mask in instances where it could get wet (swimming). They also note that if people cannot wear one during high-intensity activities, they should do the activity where there is adequate ventilation and air exchange—like outside—and/or maintain physical distancing. 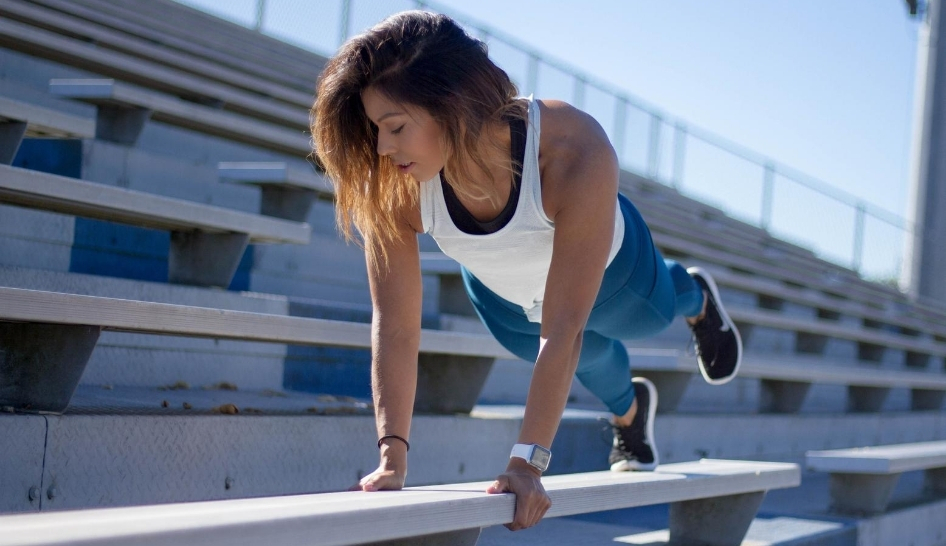 Both the Mayo Clinic and University of Maryland Medical Center advise that face coverings are safe, though considerations on exercise intensity may be required.

New evidence appears to demonstrate that masks do not cause some of the more serious adverse effects including hypercapnia (high blood carbon dioxide) and hypoxia (low blood oxygen levels). Two studies, published in the International Journal of Environmental Research and Public Health and the Scandinavian Journal of Medicine and Science in Sport conducted in healthy adults found that while exercise in a regular mask is generally safe, it does appear riskier to exercise in a very tight, fitted mask, like an N95. Because these studies were conducted in healthy and physically active adults, we do not yet know if there would be a different impact on older people, people with preexisting conditions, or people who are deconditioned to regular exercise.

It is important to note that people will react to exercise while wearing a face covering differently. A very active older person may be able to sustain an hour of running in a mask, while a younger person with asthma may not be able to tolerate wearing one at all, even at rest. For example, in China, anecdotal evidence suggests three students in different cities died after they wore a mask during physical education activities in school. Earlier in the pandemic, when stay-at-home orders and other restrictions delayed experimental studies to assess various effects of exercising in a mask, some researchers experimented on themselves. Those researchers reported varying results: some people tolerate mask use well, and some people feel dizzy and lightheaded.

Len Kravitz, an exercise science professor at the University of New Mexico, told the Irish Times that some people could become lightheaded when wearing a mask during exertion. When he ran an informal trial with two of his already fit students, one ran masked with no problem while the other became lightheaded after a few minutes.

Which begs the question: how can fitness centers implement mask policies (either voluntarily or as required by health authorities) safely and effectively?

Guidance on Safe Workouts with a Mask

1. Take caution and keep an eye on symptoms

In guidance published by the American Council on Exercise (ACE) on exercising with face coverings, authors note that exercisers may experience side effects including dizziness, light-headedness, and shortness of breath. If these symptoms occur, they recommend that the person stop exercising, and if symptoms do not resolve with rest to remove the mask. They also note some of these symptoms can be associated with other health conditions like asthma, low blood pressure, or low blood sugar. People with preexisting health conditions should take extra caution when exercising in a mask.

Clubs can communicate the risks with members to help them resume workouts safely and as comfortably as possible.

One reason masks can feel uncomfortable during exercise is due to their effect on heart rate and perceived effort.

Cedric Bryant, PhD, ACE president and chief science officer, told the Irish Times, “In my personal experience, heart rates are higher at the same relative intensity when you wear a mask. You should anticipate that it will be about eight to 10 beats higher per minute.”

According to Christa Janse van Rensburg, MD, PhD, MMed, MSc, MBChB, FACSM, FFIMS, a professor of exercise science at the University of Pretoria in South Africa who co-wrote a recent commentary on masks and exercise, face coverings may increase perceived effort and decrease performance during resistance training. The evidence with respect to aerobic exercise is less clear; surgical masks may increase perceptions of shortness of breath, but the effect on performance has not been established. Van Rensburg also points to evidence that buffs and cloth masks may increase breathing effort and cause some accumulation of carbon dioxide, comparing it to a certain degree with altitude training.

Both Bryant and Van Rensburg note this would especially make high-intensity exercise more challenging. ACE guidance advises exercise professionals to encourage clients to exercise at a lower intensity than usual, to use perceived effort and heart rate to guide intensity level, and to give themselves several weeks to adapt to exercising with a face covering. This advice is particularly relevant as members resume gym workouts after several months of stay-at-home orders and other restrictions that may have reduced their fitness level.

Van Rensburg notes that the fit and material of a face covering can help minimize negative effects. She advises avoiding surgical or cotton masks in favor of cloth masks made from breathable material. She also recommends two layers of cloth to balance mask efficacy while maintaining some comfort.

As for a wet mask, Van Rensburg advises against wearing a wet mask for a long period. Choosing a moisture-wicking material or bringing a second buff or cloth mask along during exercise to swap out can help exercisers avoid wearing a wet mask. Though if doing this, she recommends also carrying hand sanitizer to avoid cross-contamination from the used mask.

Some people who cannot or have chosen not to wear a mask have taken to using face shields instead. According to the Cleveland Clinic, face shields can effectively protect the wearer from droplets (in one study using the influenza virus, it reduced exposure from a cough by 96%). Still, because it is open at the bottom, droplets from the shield are more likely to escape. This potential escape of droplets makes the shield less effective compared to masks in protecting other people. Face shields can be a good alternative for situations where a mask is not ideal—for example, caregivers of deaf or hard of hearing people who read lips. However those wearing face shields need to maintain physical distance to protect others from the transmission.

Scientific evidence largely supports widespread mask and face covering use as a strategy to slow the spread of COVID-19 in the community. However, some people may have difficulty exercising in a mask, and even among those without adverse effects, wearing a mask for face covering may impact exercise intensity, duration, and/or perceived effort. Health clubs can educate staff and consumers on the considerations for exercising in a mask, including any adaptations that may help them more safely and comfortably exercise in a mask if they choose or are required to do so.