We review three studies that show resistance exercise can lower anxiety symptoms in young adults, higher levels of moderate-vigorous physical activity can mitigate the risks of lengthy sitting time, and physical activity is linked to lower rates of diabetic neuropathy and improved kidney function in people with type 1 diabetes.

The Health Benefits of Exercise Report is a newsletter and article series in which we select three peer-reviewed articles, summarize the key findings, and provide social media images for you to share with your community. You can read previous articles here.

As the COVID-19 pandemic persists, maintaining a physically active lifestyle continues to present a challenge. As winter sets in—with shorter and colder days in many parts of the world—it can be even harder to be physically active. However, we know that exercise is a key measure to help prevent chronic health conditions that still affect millions of people and increase the risk of severe COVID-19. This month’s edition of the Health Benefits of Exercise Report covers: 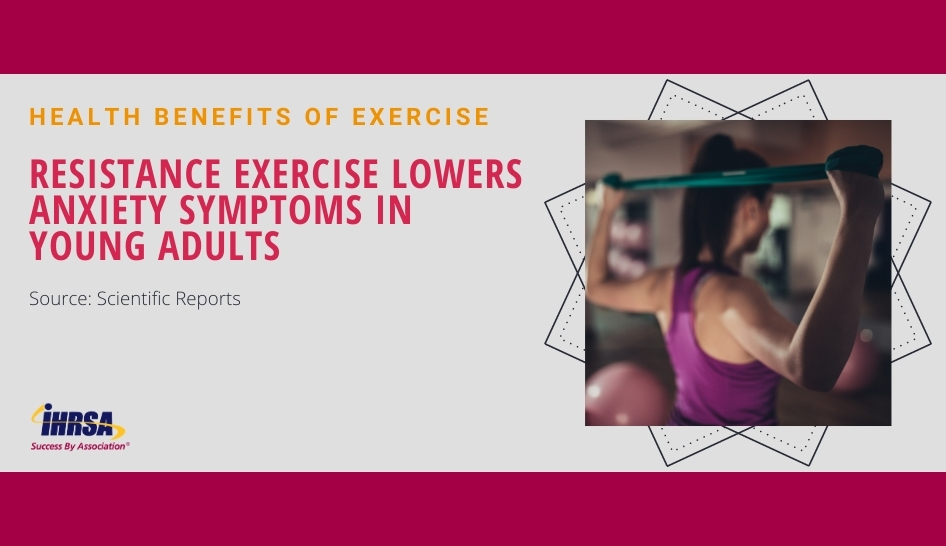 The intervention was designed according to WHO and American College of Sports Medicine (ACSM) guidelines. It consisted of eight weeks of twice-weekly private sessions, with resistance increasing progressively throughout the intervention. Participants focused on eight movements:

Prior to the intervention, participants went through a three-week orientation to become familiar with the movements, refine technique, and facilitate starting the program at the correct resistance in the first week.

Attendance to the sessions was 85%, and compliance with the programming was at 83%. Compared to a wait-listed control group, the results indicate people who completed the resistance training program saw a statistically significant reduction in anxiety symptoms. The authors note this is important because general anxiety disorder (GAD) tends to manifest around age 30, and those with subclinical symptoms are more likely to develop GAD. This study suggests a potential role for exercise training in reducing disease burden through prevention. 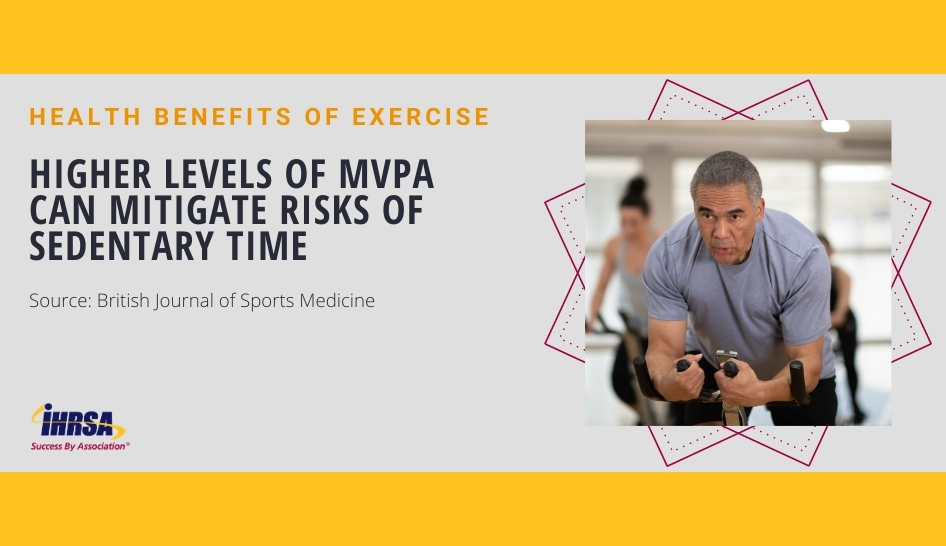 Higher Levels of MVPA Can Mitigate Risks of Sedentary Time

Sitting time has long been associated with higher mortality; however, that association is not necessarily independent of physical activity. Evidence suggests regular physical activity can help attenuate the impact of sitting on mortality, but how much is necessary and at what intensity to see an effect is still unclear. A study published in the British Journal of Sports Medicine used accelerometer-measured physical activity data to examine the relationship between physical activity frequency and intensity, sedentary time, and all-cause mortality. The study included 44,730 people from nine different prospective cohort studies from four countries:

The authors pooled and meta-analyzed data from the nine studies.

People in the most moderate-vigorous physical activity (MVPA) group did not see an increased risk of death with rising sedentary time. These findings suggest that higher levels of MVPA can mitigate, though not eliminate, rising risks of premature death associated with longer sitting time. Alternatively, the third of people who got the least MVPA saw a relative risk of mortality that was 263% higher than the most active, least sedentary group. 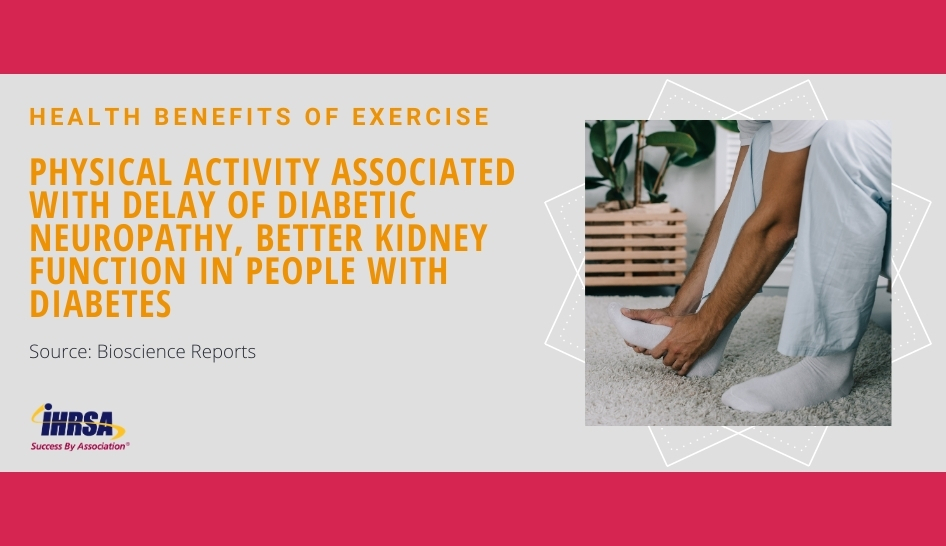 The results showed an association between physical activity levels and lower rates of diabetic neuropathy in people with type 1 diabetes but not type 2. Among studies assessing kidney function, there is an association between physical activity and higher glomerular filtration rate and lower urinary albumin to creatinine ratio, both indicators of good kidney function. Physical activity was also linked to lower rates of renal failure, acute kidney injury, and microalbuminuria, an early sign of blood vessel damage that can increase heart attack and stroke risk.