The new guidelines stress that “doing something is better than doing nothing,” says project lead Katrina Piercy, Ph.D., RD, ACSM-CEP.

The Department of Health and Human Services released the 2nd Edition of the Physical Activity Guidelines for Americans in November 2018. We recently had the opportunity to speak with Katrina Piercy, Ph.D., RD, ACSM-CEP, and lead for the new guidelines, to learn about what they include and get her take on how they could encourage more Americans to get moving. Here’s what she said.

What prompted the creation of the new guidelines?

We have a congressional mandate to put out the Dietary Guidelines for Americans every five years. With the Physical Activity Guidelines, we don't have a similar mandate so it was on the government to look and decide when we needed to update it. At the five-year mark, we looked at the science and realized not a whole lot had changed, so we did a mid-course report in 2013. That report focused on strategies that worked to help increase physical activity in youth.

We had an eye toward the 10-year mark and leading up to this project, we started realizing that there were a lot of areas we could touch more upon—young kids, sedentary behavior, older adults, brain health, more specific health outcomes, etc. For example, in 2008, we talked about two types of cancers that physical activity benefits ... now we have eight. So, we certainly have seen a lot of change.

What are the three main differences you see in these guidelines when you compare them to the ones released in 2008?

Now we have information for 3 to 5 year olds. This a population that we didn’t have information about before. We started the guidelines at age six, and so with 3 to 5 year olds, we have more science now to talk about the benefits of physical activity for preschoolers and recommendations for providers and parents to encourage and provide opportunities for kids that are this age to do active play and things that they enjoy.

The other big piece that we’ve gotten rid of is the 10-minute requirement. So in 2008, we were telling everybody that you need to get at least 10 minutes of physical activity at a time to count toward the 150 minute requirement, but we looked closer at the data and realized that 10 wasn’t necessarily a magic number and even doing small amounts of physical activity have tremendous health benefits.

That leads us to the last piece, which is that doing something is better than doing nothing—meaning to move more and sit less, which is the starting point of our adult key guidelines. Based on what we know about sedentary nature, just getting up and moving more helps people see huge health benefits. A lot of those benefits are immediate and of course we know more about the long-term benefits as well. 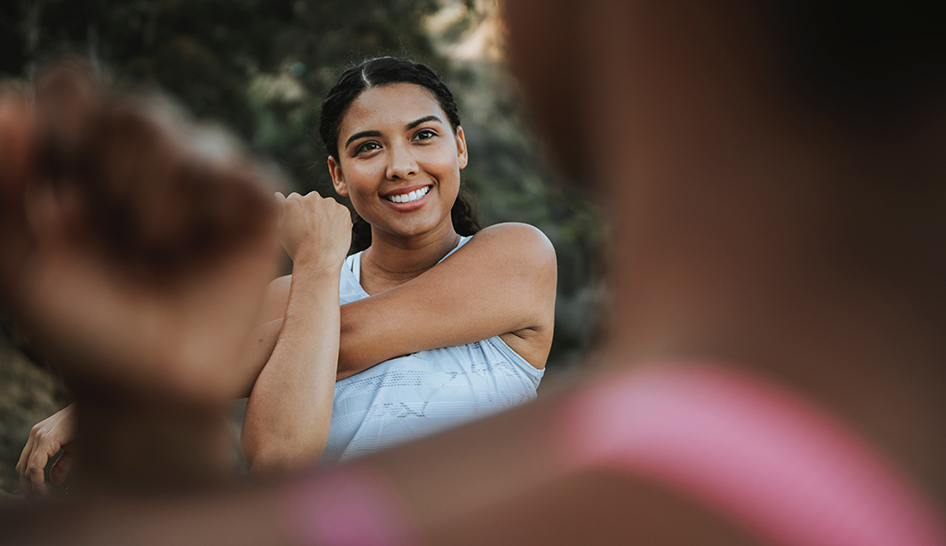 New exercise guidelines say even small amounts of activity will have benefits.

What are the easiest ways that individuals and businesses can implement these guidelines?

There’s a lot of different ways. One of the things that we talked about in the last chapter of the guidelines mentions the work of the National Physical Activity Plan, which is divided into nine sectors and talks about the roles that groups can play. On the individual level, we do know that support can make a huge difference. This includes things like finding a group or a buddy to be accountable with. This could be someone at home or in the community or it could be your office colleague.

We also know that technology is helpful, so things like Fitbits, Apple Watches, and cellphone trackers can help encourage people to set a goal and work toward that.

And businesses can do a lot of different things when thinking about their company space. For example, is it located near public transit so that people may be able to do some walking? Or maybe companies want to encourage walking meetings so that people can get some physical activity during the day.

Could you speak to the health benefits of regular exercise and how quickly an individual might realize these benefits?

Sure, there are several benefits that you start to see right away. Some of those are things like reduced anxiety, reduced blood pressure, improved insulin sensitivity, and then—the night after you’ve done activity—improved sleep.

It’s great if people get started and start to feel some of these things early because maybe that will convince them and get them going longer since a lot of the longer-term benefits take some time to accumulate like reduced risk of chronic disease, cancer, dementia, all cause mortality, heart disease, stroke, blood pressure, Type 2 diabetes, bone health, and physical function. Almost everything you can think of has a connection to physical activity. There’s a couple tables in the guidelines that go through this information. If we had a pill that could provide us with all of these outcomes, everybody would be taking it.

“If we had a pill that could provide us with all of these outcomes, everybody would be taking it.”

Alternatively, what are the consequences of a sedentary America?

The biggest picture that we talk about in some of the numbers is the relationship with all-cause mortality. We can attribute 10% of all-cause mortality in the United States to not doing enough physical activity and $117 billion in healthcare costs.

Shannon Vogler is an avid fitness consumer who uses her creative abilities to craft beautiful content for health and wellness businesses. She offers a variety of digital marketing services that aim to promote the importance of an active body and mind. When she’s not working, Shannon enjoys lifting, running, and cheering for the New England Patriots.