Lessons from State Fitness Alliances on Getting & Staying Open

State Fitness Alliance leaders have been working hard to protect the health and fitness industry in their states. Here are some tips and strategies from their efforts.

As the COVID-19 pandemic continues globally, businesses must operate under some level of restrictions throughout a majority of the United States. However, most gyms, health clubs, and studios across the U.S. are open apart from a handful of exceptions. While these health clubs are fortunate to be open—as many states have since reversed their stance on closing businesses, implemented during the start of the pandemic—the restrictions still force them to operate with limited capacity.

One positive to come out of the COVID-19 pandemic is the formation of State Fitness Alliances. These club operators have mobilized together in their respective states to advocate for health clubs on the ground at the local, state, and national levels.

On a recent call, State Fitness Alliance leaders shared tips, strategies, and best practices for communicating with government officials to get open, stay open, and loosen the restrictions placed on health clubs, gyms, and studios.

These are the four main tips from State Fitness Alliance leaders to receive the most favorable outcomes when working with local lawmakers during a pandemic:

“Even when there is nothing going on in your state, it has been effective to send short and educational types of messages so that you are seen as a partner.”

Show Government Officials That Gyms Can Help Fight the Pandemic

One way State Alliance leaders have demonstrated their value as partners is by sharing information through their regular communications with their members about vaccination pre-registration, which can be a win-win for club operators and government officials. These communications spread awareness and share information about vaccines, and get the most vulnerable members vaccinated and back into clubs.

In Maryland, Mark Miller of the Maryland Coalition of Health and Wellness Centers and COO of Merritt Clubs, has recently worked with the governor’s office to make a public service announcement to promote mask-wearing in the state. They seek to promote safe mask-wearing while exercising and promote exercise as a critical aspect of people’s lives, especially during the pandemic. Miller said, “[The Coalition is] now being more proactive on a regular basis and positioning ourselves as a resource and partner.”

One way to ensure that government decision-makers see health clubs, gyms, and studios as part of the solution—and not the problem—is to stay in regular contact with them. Contacting the government can seem like a daunting task. Still, many alliances have found that even something as simple as reaching out and sharing data at regular intervals can foster a future relationship.

JoAnna Masloski, COO of Wellbridge Clubs said, "Even when there is nothing going on in your state, it has been effective to send short and educational types of messages so that you are seen as a partner. This will help keep you top of mind while [government officials] are making decisions, even when they didn’t ask for you to be there. They are small wins that can add up to you being at the table even when you haven’t been invited.”

Suppose there is already a strong relationship in place. In that case, lawmakers are much more likely to listen to a health club’s perspective if and when they face specific challenges and potential shutdowns.

The most considerable task on every single governor’s plate right now is the rollout of COVID-19 vaccinations. Health clubs, gyms, and studios can act as partners by offering some indoor space as a vaccination center. These facilities are the perfect site for vaccinations, offering large indoor spaces and a crowd of health-conscious individuals. 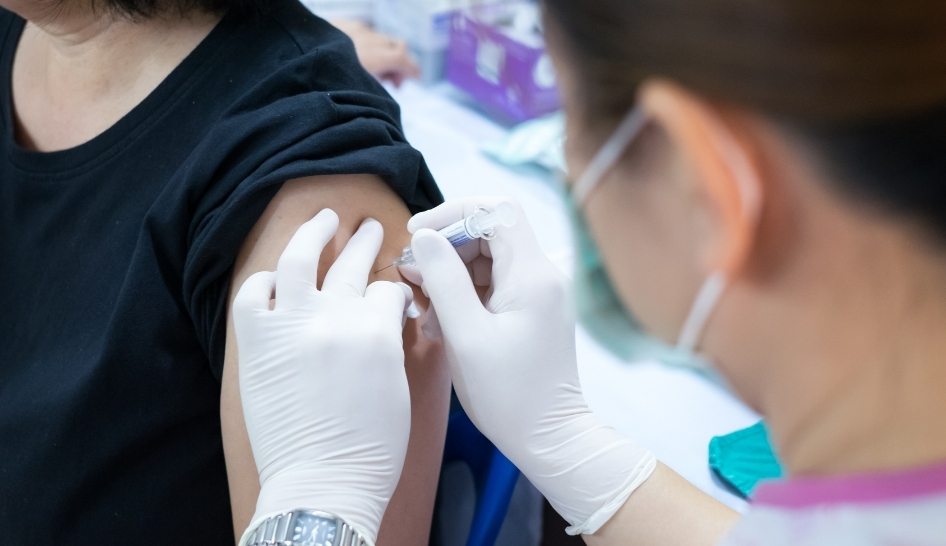 So far, clubs in states such as Colorado, New Hampshire, New Jersey, New Mexico, and Vermont have successfully hosted vaccinations. “All of us in the state alliances should be really engaged on the vaccine side,” said Mike Benton, president/CEO of GENAVIX Corporation and Executive Health and Sports Center.

In New Hampshire, Benton and the New Hampshire Health Fitness & Sports Alliance got involved with their department of health early on in the vaccine process, and it helped them get their foot in the door with decision-makers.

Some clubs have even found a bonus to hosting vaccine sites with their employees receiving the vaccination. Every dose of the vaccine must be administered to patients by the day’s end, so clubs that have hosted vaccinations have been able to get a portion of their employees vaccinated through surplus doses, such as appointment no-shows.

Reference Data and Restrictions in Other States

One of the main goals of most State Fitness Alliances has been to increase capacity restrictions in their states. Although health clubs, gyms, and studios are allowed to open for indoor fitness in much of the country, clubs in many states still operate under strict capacity restrictions. State Alliance leaders have found success in leveraging the regulations and data in other states in their conversations with local government officials.

For example, the Colorado Fitness Coalition recently had a big win in increasing their capacity restrictions from 25% to 50% for most counties in the state. Colorado is also one of the states which releases the most comprehensive publicly available contact tracing data.

The New York State Fitness Alliance has similar goals to increase capacity. Their alliance leveraged the state’s capacity increase by sharing Colorado’s success and the contact tracing data—which shows a lack of spread in fitness facilities—in their conversations with the governor’s office.

Now, New York has moved away from business closures as a means to fight the pandemic. Jeff Sanders, CEO of Athletic Apex Health Clubs and member of the New York State Fitness Alliance, said, “The governor has seemed to do a complete 180 on his perspective on closing down the state. He’s coming back now and saying we can’t afford to shut anyone down.”

IHRSA has created a resource that aggregates operational restrictions and guidelines for comparison in all 50 states. You can download that resource here.

Jake Landry is the Public Policy Assistant for IHRSA. His primary responsibilities include monitoring legislation that affects the health club industry at the state and federal level and writing legislative alerts and articles on issues that affect IHRSA members. While not in the office, Jake enjoys soccer–both playing and watching–especially his beloved Liverpool F.C.