Lead by “Walking the Talk” and Working Out Every Day

Jim Worthington of Newtown Athletic Club tells us that a benefit of being a leader is “there is something to be learned from everyone…Innovation and inspiration comes when it is often least expected and often it can be found in unusual places.”

The Lessons in Fitness Leadership series highlights IHRSA’s industry leaders and thanks them for their continued commitment to growing, promoting, and protecting the health club industry. By sharing their business expertise, we hope that you will get to know them, what they've learned along the way, and how they view leadership 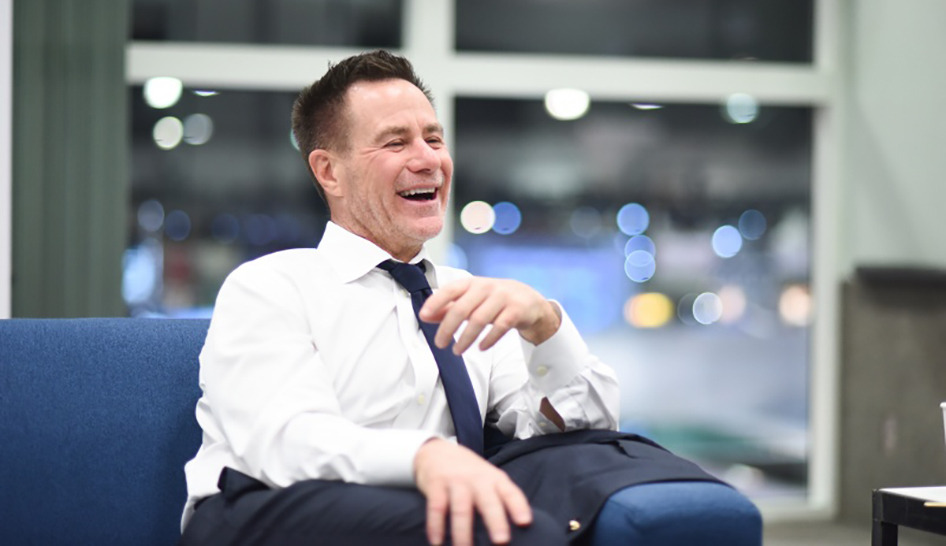 What is the most fulfilling part of being a business leader in the fitness industry?

This industry has offered me the opportunity to improve people’s lives by providing health and fitness programs and facilities. There was never any doubt that the product we offer benefits the lives of every single individual.

Over and above that, being a leader in the industry has given me the chance to mentor employees as well as colleagues at other clubs. Even more importantly, the relationships I have built through the industry have allowed me to learn each and every day.

As a leader, I am able to network with global thought leaders who inspire and motivate me to push the envelope of excellence in our field even further. I truly believe that we are changing the world, one step, one push up, and one Zumba class at a time. In doing so, we are poised on the continuum of healthcare to provide disease prevention programs and services to the masses through healthy lifestyle changes.

If you were able to go back in time, what is one piece of advice you would have given your younger-self about working in the fitness industry?

This is what I tell anyone starting out in the industry:

There is something to be learned from everyone, not just from the leaders and large club operators, but also from the small club operators. Innovation and inspiration comes when it is often least expected and often it can be found in unusual places.

“This industry has offered me the opportunity to improve people’s lives by providing health and fitness programs and facilities. There was never any doubt that the product we offer benefits the lives of every single individual.”

What prompted you to join the Industry Leadership Council?

I have been a supporter of the ILC for years. In 2001, our club fought the establishment of a large local YMCA as well as a non-profit community center that was using taxpayer dollars to build a competitive facility when the community was already well served. At that time IHRSA and the ILC, specifically, stepped up to advise and support us throughout our battle, which we won.

Their help was invaluable and we would have been lost without it. We knew the ILC did valuable work worth supporting, but in our time of need, it became clear that their skill and tenacity in the area of government relations, as a watchdog and lobbying force, was critical to our industry’s well-being.

Since then, the ILC has been at our side each and every time we needed to fight another YMCA in our region or squash a proposed state sales tax on health club memberships. In the case of the proposed state sales tax, our club alone would incur an annual additional cost of a million dollars more in taxes. With IHRSA’s help we generated 14,000 messages to state legislators in 3 weeks.

So you can see from this instance alone that, with a potential loss of $1 million, the investment in the ILC, whether it be $1,000, $10,000, or even more is totally worth it. Each club has enough to lose without the help of the ILC and this makes it a “no brainer” to donate whatever amount they can afford to support prevention of impending disaster that could arise from any number of potential threats.