Tracking 100 Bills That Could Impact the Fitness Industry

The fitness industry had some major victories since our last check-in, and we should all celebrate! But the fight isn't over, and IHRSA is continuing to monitor potential threats.

We’ve been busy this legislative season tracking over 100 pieces of proposed legislation across the U.S. At the time of publication, 35 states are adjourned, which means there are still 15 states conducting business that we’re keeping our eyes on. When all is said and done, we will likely have tracked more than 250 bills.

Since we last checked in with you, we’ve had some great news.

We secured a crucial win in Tennessee, where IHRSA worked with legislators—before the session even began—to introduce and pass a bill exempting health clubs from the state sales tax. This bill was eventually signed into law by the governor.

In Washington, IHRSA defeated an effort that would have required health clubs to comply with burdensome permitting regulations. The bill specifically targeted for-profit clubs with a redundant inspection program. IHRSA created a grassroots campaign motivating local health clubs to take action leading to the successful defeat of this punitive proposal.

In New Mexico and Maryland, we defeated proposals to restrict automatic renewal within membership contracts. IHRSA supports contract provisions that allow for the automatic continuation of service at the end of the original term on a month-to-month, at-will basis, as they offer consumers increased choice and flexibility.

While we have seen several impressive wins for the industry, there are still 15 states left in session, and IHRSA remains vigilant against any and all potential threats that could yet develop.

For instance, we’re currently monitoring bills in North Carolina and New York that would restrict automatic renewals. The New York bill passed the Senate chamber so be sure to keep an eye out for news from us as it moves through the Assembly.

In New Hampshire, there was a bill that sought to restrict how businesses can use biometric data. We are seeing an increased number of bills attempting to regulate biometrics, and the New Hampshire bill goes further than many other states. IHRSA opposes legislation like this, and fortunately, due to strong opposition—including from IHRSA—consideration of this bill has been delayed until January 2020. 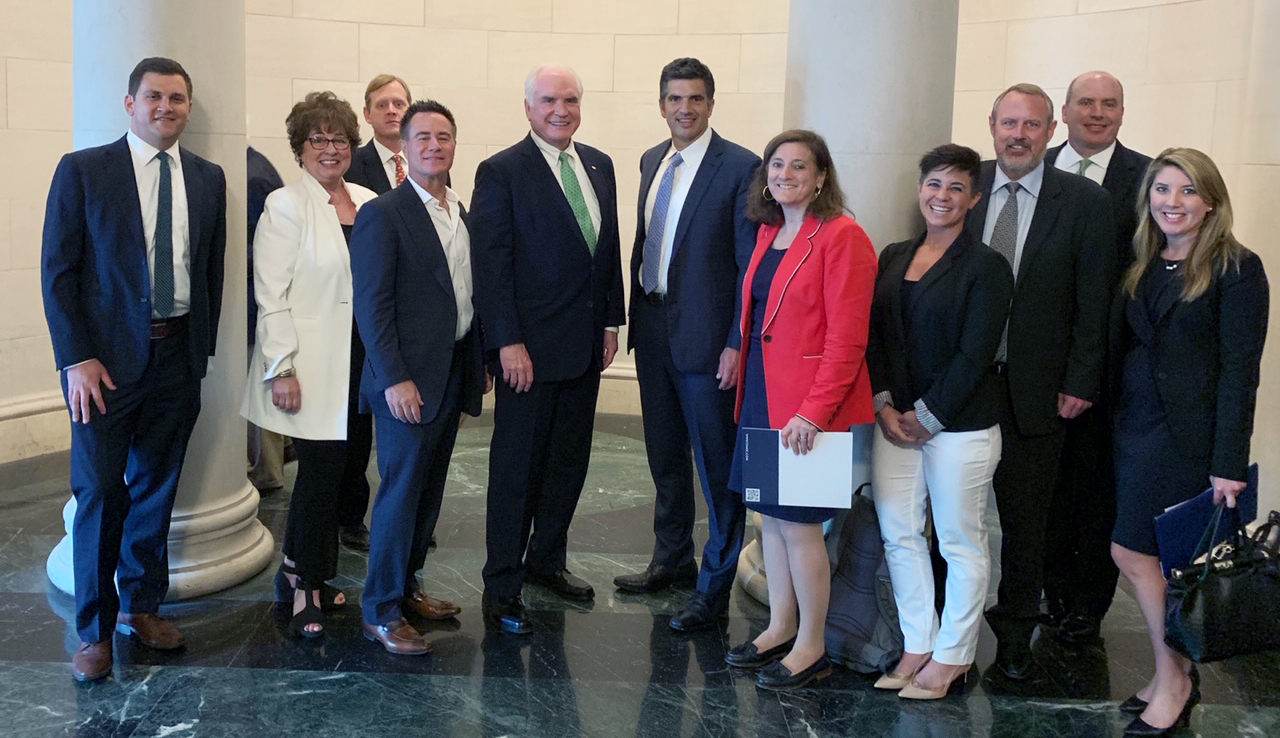 Congress and the Fitness Industry

Since the 116th Congress began—in January 2019—we have been working hard to kickstart the momentum to pass the PHIT Act. On May 22, Team IHRSA worked to build sponsorship of #passPHIT in Washington, D.C., during the PHIT Coalition's lobby day.

As a result of the lobby day, we’ve gained three new PHIT sponsors—Rep. Suzanne Bonamici (D-OR), Rep. Adrian Smith (R-NE), and Rep. Brian Higgins (D-NY)—which brings our current total to 68 congressional sponsors, and we expect many more! Why? Because in addition to being a bill that can benefit millions of Americans across the country, this legislation already has strong bipartisan support almost equally divided between Democrats and Republicans.

You can help pass the PHIT Act by learning more and writing to your members of Congress.

If you have questions regarding any of the legislation mentioned in this article or have questions about regulations you're concerned about, feel free to email our team. In the meantime, check your IHRSA state page for the current legislative and legal updates and if you want the latest news impacting your business, be sure to subscribe to the IHRSA Advocate.

Jeff Perkins is the Vice President of Government Relations for IHRSA. He's responsible for monitoring and influencing legislation at the state and federal level to protect club business models and operations, and help promote the health benefits of exercise. Jeff enjoys running, soccer, ice hockey, and ice cream, not in that order.