States are proposing—and enacting—laws that require public spaces to have naloxone on site. Learn about the legislation IHRSA is tracking to ensure your health club is up to speed.

The opioid crisis in America is at the forefront of newspaper headlines throughout the country. The Centers for Disease Control and Prevention estimates that on average, 130 Americans die from opioid misuse every day.

“State lawmakers across the country are seeking ways to grapple with the opioid crisis,” says Jeff Perkins, IHRSA assistant vice president of government relations. “One trend IHRSA is monitoring in a few states, are proposals requiring facilities that have AEDs to also carry naloxone to treat overdoses.” 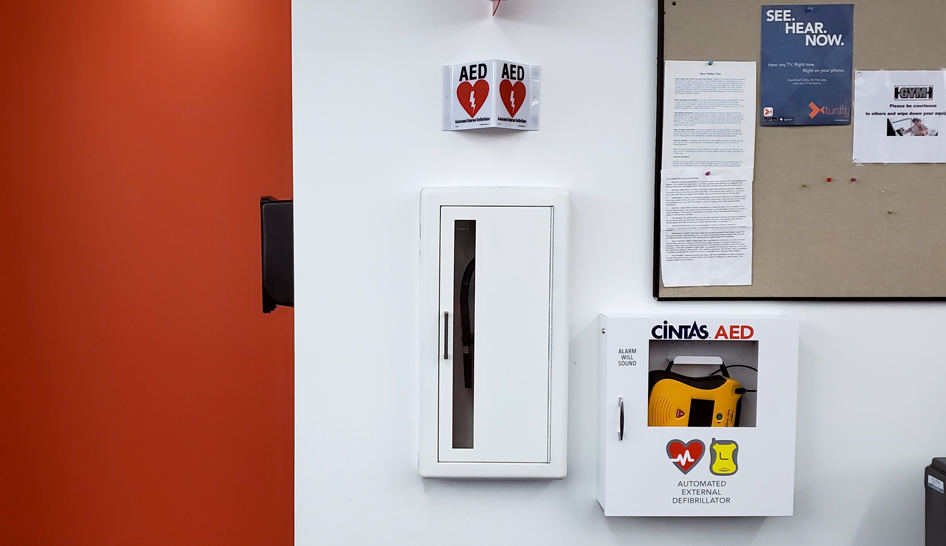 Naloxone—often referred to under the brand name Narcan—is an opioid antagonist. Meaning it binds to opioid receptors and can reverse and block the effects of other opioids.

Where Opioid Laws Have Passed

Colorado: There is a law authorizing a public person or entity that makes an automated external defibrillator available to the public to also make an opiate antagonist accessible to the public.

Connecticut: The law extends Good Samaritan protections for any establishment that contains naloxone alongside an automated external defibrillator. Good Samaritan laws aim to reduce the hesitation some bystanders have to assist those who are—or who they believe to be—injured, ill, or otherwise incapacitated by offering legal protections against possible lawsuits for unintentional injury or wrongful death.

Where Opioid Laws Are Proposed

In Rhode Island, Senate Bill 827 would:

It is possible that similar legislation could pop up in other states, but given the scope of the opioid epidemic across the U.S. lawmakers from any state could be next to follow suit.

All of the current laws and proposed legislation reference the Good Samaritan act within the text, which is good as it would offer some protection to the person administering the naloxone from any potential damages done to the person receiving naloxone. However, Perkins says his team will continue to monitor this type of legislation because IHRSA has some concerns regarding how these kinds of laws could affect the liability protections for health club operators and staff.

Good Samaritan protections aside, a major concern right now is actually around non-action. What happens in the unfortunate event someone overdoses in a health club that had naloxone readily available? Could that health club face lawsuits from that member’s family? Business operators still need clarity on concerns like these from lawmakers.

If more states follow through with making naloxone available in public places, it is important that your staff knows the signs of an overdose. According to the CDC, these signs include:

The Fitness Industry's Role in Helping Members with Addiction

The benefits of exercise include—but are not limited to—more energy, less stress, and improved mood. Claire Twark, MD and instructor in psychiatry at Harvard Medical School, researches the benefits of exercise and addiction said on the Harvard Health Blog, “Animal studies have shown that regular swimming reduces voluntary morphine consumption in opioid-dependent rats, and access to an exercise wheel reduces self-administration of cocaine in rats dependent on the drug.”

One study with human participants found that physical activity can provide important support in the treatment of drug abuse. Showing health clubs can be a positive part of the solution to the opioid epidemic.

IHRSA works diligently to protect your business from legislation that could threaten—either directly or indirectly—to put you out of business.

To ensure your health club is up to date with all of the laws and regulations, be sure to subscribe to the IHRSA Advocate.

Emily Gluck is IHRSA's Executive Assistant. On average her job consists of scheduling, supporting the executive team, and planning events, while the best part of her job is getting to work with a great team on a daily basis. If Emily is out of the office you can typically find her kayaking, hiking in a national park, or rafting on a remote river (ideally she likes to get out of cell phone range).