F45, PowerClub, and Sportlife clubs are opening up throughout South America.

Latin America has been a hot bed of growth for the fitness industry, with over 20 million health club members, according to the IHRSA Latin American Report. But the penetration rate hovers around 2%, giving F45, PowerClub, and Sportlife an opportunity to make their mark. 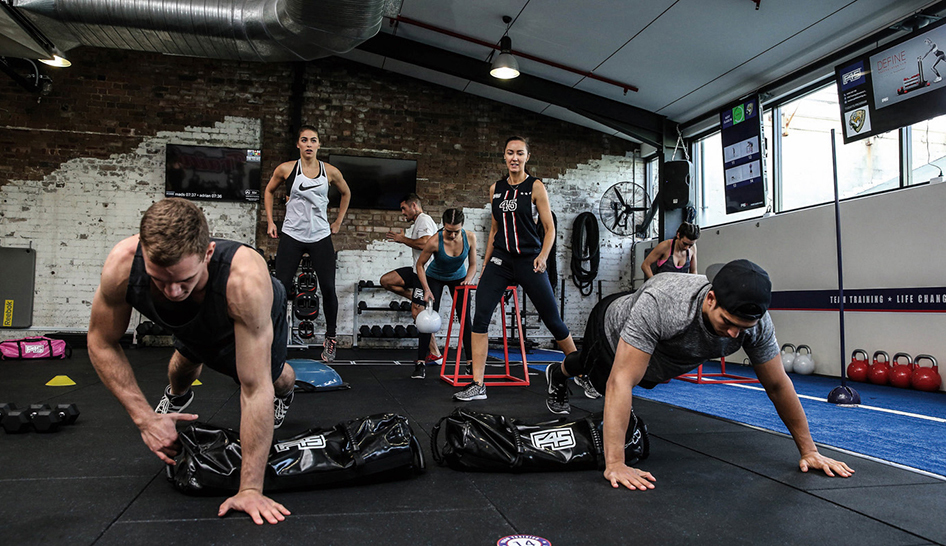 Exercisers work out at the F45 studio in Montevideo.

“It’s the brand’s first center in South America,” says Martiin Batalla, one of the club’s directors. “We have a large variety of high-quality equipment—many of the pieces are unique to this country—that’s come to us directly from Australia.”

F45 Training has developed 27 different, 45-minute, high-intensity, circuit-training classes that make good use of technology, including heart-rate monitoring. Additional programs are currently under development. The sessions are compiled from a database of more than 3,000 exercises, so members never experience the same workout twice.

The club also conducts the F45 Challenge, an eight-week fitness regimen that combines workouts with a meal plan. “The goal is to achieve better results in terms of weight loss and increased muscle mass,” Batalla says.

Depending on the type of membership selected, the monthly fee ranges from $45 to $80.

PowerClub Powers Up to Six Clubs in Colombia

PowerClub, a functional-training concept that was launched in 2011 and already has six facilities in Medellin, Colombia, has opened its first unit in Bogota, the country’s capital.

The brand was developed by Agustin “Tin” Castro, a former world champion of bicicross (or BMX), a competition conducted on a dirt course with a special bike. One of his partners is Mariana Pajon, a double Olympic gold medalist and world champion in the sport.

“What sets us apart is our methodology,” Castro says. “People can enjoy training at their own level—from individuals who’ve never exercised, to ones with some experience, to professional athletes. Moreover, we guarantee results.

“For us, the most important thing is the health of our members,” he adds. “We offer totally safe training, in a place that’s more like a social club than a gymnasium.”

The company plans to expand by opening additional locations in other cities in Colombia.

Sportlife Will Close the Year with Five New Clubs in Chile

Sportlife opened four new clubs in the city of Iquique, in northern Chile, this year, and expects to open another momentarily, in Santiago, the country’s capital. In doing so, it will achieve its goal of bringing five facilities on line in 2018.

The new units average 16,000 square feet in size, and represent an initial investment of $1.5 million to $2 million.

The chain now has a total of 170 units in Chile, Peru, and Colombia, including those which formerly belonged to the Bodytech group, which Sportlife acquired in 2012.

In the coming year, the company hopes to open three more clubs in Chile, both in Santiago and regional areas, and another seven in Colombia.

“In the coming year, the company hopes to open three more clubs in Chile, both in Santiago and regional areas, and another seven in Colombia.”

“The membership penetration level in Chile is still very low, around 4%,” says Marcela Diaz, the general manager of Sportlife. “The percentage varies according to the socioeconomic sectors, and in the high segments, it can reach 10%.”

According to the 2018 IHRSA Global Report, Chile has a total of 1,969 clubs, serving some 490,000 members, which would give it a penetration rate of just 2.72%. The Chilean fitness industry generates annual revenues of approximately $169 million.