In Memoriam of Ed Veasey, Founding Member of IHRSA

Ed Veasey, owner of Cedardale Health & Fitness and a founding member of IHRSA, died on June 27 at the age of 89.

Ed Veasey, owner of Cedardale Health & Fitness and a founding member of IHRSA, died on June 27 at the age of 89. Veasey and his wife Zoe, who served on the IHRSA Board of Directors, had remained involved with IHRSA since the start in 1981.

The Veaseys and two business partners founded Cedardale Health & Fitness—then a four-court tennis club—in 1971. Over the past several decades, the Haverhill, MA-club has grown into “one of the largest and most successful multi-purpose health and fitness clubs in the country,” according to a note from the Veasey family. 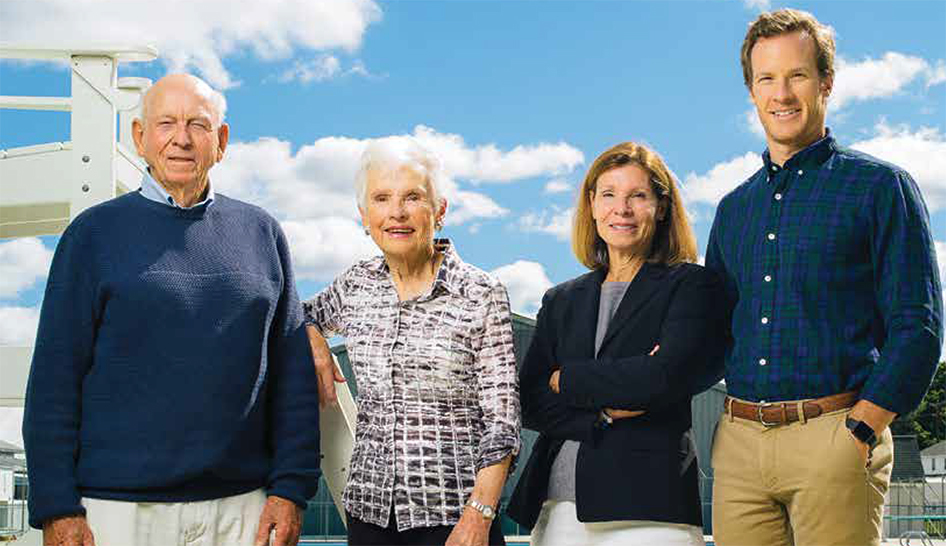 Ed and Zoe Veasey; their daughter, Ada McKenzie; and her son, Bryce were featured on the November 2016 cover of CBI.

When a fire devastated Cedardale in 2017, Veasey, along with his family, actively managed the two-year rebuild and reopening, despite having been diagnosed with stage IV lung cancer in 2018.

“Ed was a proponent of living an active life and remaining physically fit,” the note from the family states. “He believed that taking care of his body would allow him to approach life's challenges with an advantage. Ed would say, ‘If you are at your best, you feel your best and you can deliver your best.’

“He truly believed that remaining active allowed him to approach his fight against cancer with strength and courage. When Ed had to reevaluate his plan in recent months he charted a new course and did so with dignity and grace.

“Ed realized his goals of rebuilding Cedardale and enjoying the remainder of his life surrounded by his family and friends. On June 1st he was able to experience the overwhelming response from the community and marvel at the success of his new facility. He was so proud of his family and his Cedardale team and hoped that our members would take full advantage of all that Cedardale has to offer.”

Read Ed Veasey’s obituary in the Eagle-Tribune. IHRSA offers our sincere condolences to the Veasey family. You can learn more about the three-generation team at Cedardale Health & Fitness in the November 2016 issue of CBI.