Generation Z, which includes those born after the year 2000, represents more than an eighth of total health club members in the U.S., according to the recently released 2019 IHRSA Health Club Consumer Report.

Although the youngest cohort is just making an impact on the fitness industry and health club membership, Millennials and Gen Xers make up over half of the total health club membership population at a combined 57%, the new IHRSA report found. Millennials, in particular, are increasingly using their burgeoning buying power to boost fitness clubs, according to research by CB Insights.

"Few industries will benefit as directly from the rise of Millennials’ economic power as the fitness industry,” the report states, noting that Millennials are also much bigger spenders when it comes to gym memberships, "dropping almost $7B annually—double the amount spent by Gen Xers and Boomers.”

"More than 71 million people utilized health and fitness services at a fitness center, gym, or studio,” Ablondi said. "In fact, more than one out of five Americans report belonging to a health club last year, once again, demonstrating the critical role the health and fitness industry plays in helping millions of people become and stay active, lead healthier lives, and pursue their health and fitness goals.” 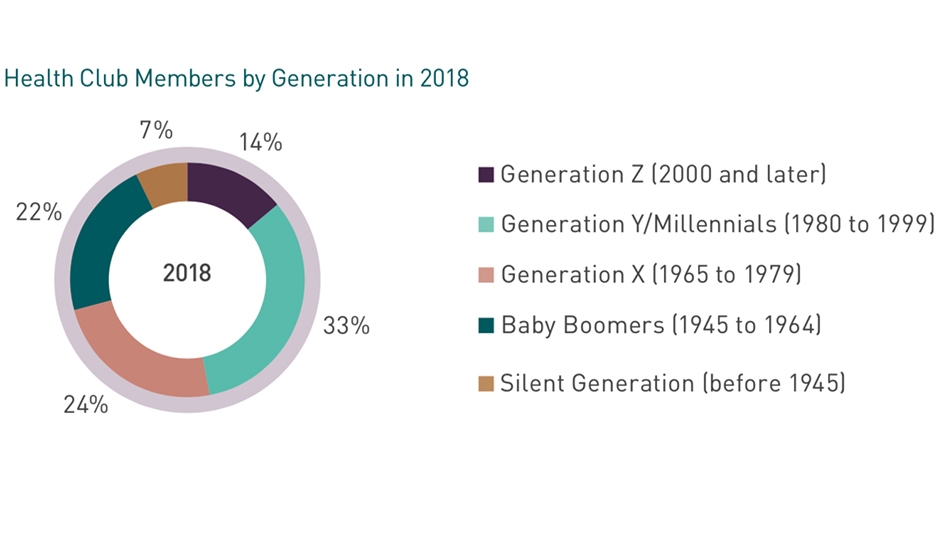 The 2019 IHRSA Health Club Consumer Report is based on an analysis of 20,069 online interviews that were carried out with a nationwide sample of individuals and households in early 2019. This annual publication provides demographics and health, sports, and fitness participation data on America’s health club consumers.