Ohio wants to remove the sales tax on fitness memberships, but only at tax-exempt facilities. IHRSA is campaigning to remove the tax at all clubs.

Currently, health club memberships at both for-profit and nonprofit fitness facilities are subject to the Ohio state sales tax. Taxing products and services is a proven method for discouraging purchases and behaviors, which is why when lawmakers wanted to decrease smoking and sugar consumption, they taxed it.

Then in April 2019, Ohio re-introduced a proposal we've seen before—House Bill (H.B.)196. This bill would eliminate the tax on fitness memberships, but only at facilities operated by nonprofit organizations.

At IHRSA, we believe the government should encourage regular exercise and healthy lifestyles, not discourage them by punishing residents who want to get more active. 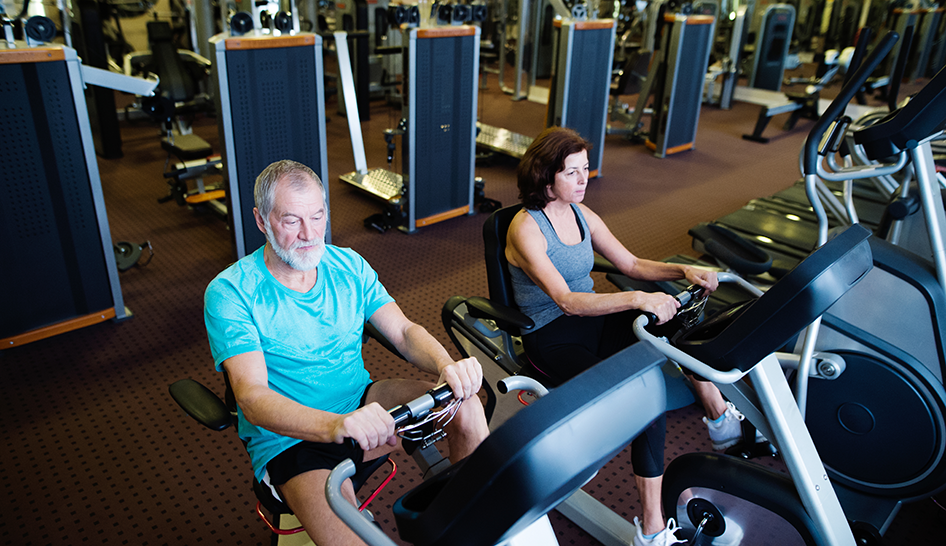 Ohio H.B. 196 Punishes Your Members for Choosing Your Club!

This legislation treats consumers unfairly based on where they choose to pursue their fitness goals. When lawmakers tax fitness memberships, it is the consumer who pays that tax.

Ohio H.B. 196 would continue to tax the more than 3 million Ohio residents who choose to work out at for-profit fitness facilities.

While one might assume that a 5.75% tax does not cause a major hardship, industry research reports that 46% of former health club members state that cost is a major factor in renewing their membership.

Not only would this bill continue to penalize Ohioans who choose to work out at their local gym—or those who don't have access to a nonprofit facility—it inadvertently creates an unlevel playing field for businesses.

Applying this—tax-free—incentive exclusively to nonprofit fitness facilities would place an unnecessary and inequitable financial barrier to health club businesses. Essentially telling consumers to belong to a nonprofit facility, or be taxed.

What about the Ohioans who can't—or choose not to—belong to a nonprofit facility because they are too far away or because they don't offer the services that member wants? Well, those Ohio residents are out of luck.

IHRSA has submitted testimony opposing this bill, arguing that the bill unfairly punishes consumers for their choice of fitness venue.

No Ohio Resident Should Be Taxed for Wanting to Be Healthy

Ohio’s sales tax on fitness services serves as a penalty on healthy lifestyles and sends the wrong message to Ohio residents.

Even former CEO of the YMCA of Central Ohio, John Bickley, says it's bad public policy to tax healthy behavior.

When lawmakers tried to pass a version of H.B. 196 back in 2008, Bickley said, “When you think of the ramifications of such a tax on our health-care system, and the effects on society and on business, it's clear that it's poor public policy. Our legislators should be doing everything they can to encourage good health.”

We agree with Mr. Bickley.

Numerous studies show show that people who exercise regularly are significantly less likely to suffer from obesity-related illnesses such as:

Physical activity helps combat these issues, and according to the most recent Behavioral Risk Factor Surveillance System (BRFSS) data, 34% percent of Ohio adults—and 17.1% of youth under 17 years old—have obesity, making it the 17th highest adult obesity rate in the country.

IHRSA has defeated legislation like this before. Including back in 2017, when lawmakers last introduced it, known then as H.B. 177.

Lawmakers should amend the bill so that all gym memberships are exempt from the sales tax, not just those operated by a nonprofit. In 2008, when this bill was known as H.B. 324—Marti Sweterlich, a representative for the Ohio Alliance of YMCAs agreed, saying YMCAs would "all be on board" with a version of the bill that would exempt all fitness center users from the sales tax.

How You Can Help

Send this digital letter to your lawmakers!

Let your representative know this bill is unfair to consumers and anti-consumer choice.

Tell them to repeal the tax for all fitness facilities. Help make physical activity more financially accessible for all Ohio residents. Remind them this bill would neglect over 50% of health club members in Ohio.

With the IHRSA Action Center, it's as easy as a few clicks!