The first virtual reality gym opened in San Francisco, and a new study finds that people who know about the perils of inactivity are more likely to exercise—raising the question: Is knowledge power?

Announcements from IHRSA 2019 are making the rounds, Blink Fitness’ footprint in the community is growing, NAC introduces a recovery program, exercise is helping older adults in unexpected ways, and more in this news roundup.

San Francisco, CA, is the home to the very first virtual reality (VR) gym. According to SFGate writer Michelle Robertson, the concept combines “two things Americans love: trendy fitness and video games.” Black Box VR looks like any other boutique gym, according to Robertson, but not overdone. After setting up an account on the app that keeps track of workouts, Robertson put on the VR headset, which is cleaned manually and with bacteria-killing ultraviolet light, and entered “battle arenas” where exercises are performed. Each rep of an exercise, movements based on chest presses, overhead presses, rows, lat pulldowns, squats, and deadlifts, are translated into damage points to enemies in the arena. Robertson noted that although she was sweating, she was too distracted to notice she was working out. "With VR and behavioral psychology, we can pull multiple levers at once that get you itching to come back to the gym," co-founder Robert Lewis said. Instead of thinking about the ache in your muscles, you're "thinking about the next epic arena or character you'll unlock,” he added. And at $199 a month for unlimited visits, users are expected to burn 250 to 400 calories per 30- to 35-minute workout.

More than a week after the IHRSA 2019 Trade Show ended, appearances and announcements that happened in San Diego are still making news. E! Online featured Krystal Nielson and fiance, Chris Randone, both of Bachelor in Paradise fame, showing off their squat form at the SmartSquat booth. Les Mills reportedly announced a partnership with Marvel studios, which will focus on getting kids active. Meanwhile, Technogym introduced the new Club 4.0 concept that allows trainers to “manage all aspects of a workout,” according to a press release. The concept leverages Technogym equipment, services, and platforms to help trainers create personalized workouts users can take with them inside and outside the gym. Life Fitness debuted new tools that give health clubs more options to boost small group training workouts. According to a press release, the “new small group training modules make designing group training spaces quick and easy.”

Check out the IHRSA 2019 recap article for more highlights.

Older adults face a myriad of problems, from increased immobility, bouts of sickness, and deaths of friends and family. But, as studies have shown, the increase in social isolation among older populations is exacerbating those issues. Some studies are underlining how isolation can affect sleep patterns, immune systems, and stress hormones. Unexpectedly, a national program is mitigating this growing problem. SilverSneakers, which offers free gym memberships and fitness classes to older adults with certain Medicare Advantage insurance plans, is providing a social benefit to those who use the program, according to MIT researchers. Research on the program found that it “directly increased physical activity and self-rated health, directly decreased social isolation, and indirectly decreased loneliness.” Although the program was not designed to combat the solitude epidemic, it is noted that a gym can be an important social venue and place for the community. “Everyone recognizes the gym as a pro-health environment, but the mechanisms by which fitness program membership benefits health for older adults are more varied than mere exercise alone,” said study co-author Lisa D’Ambrosio. 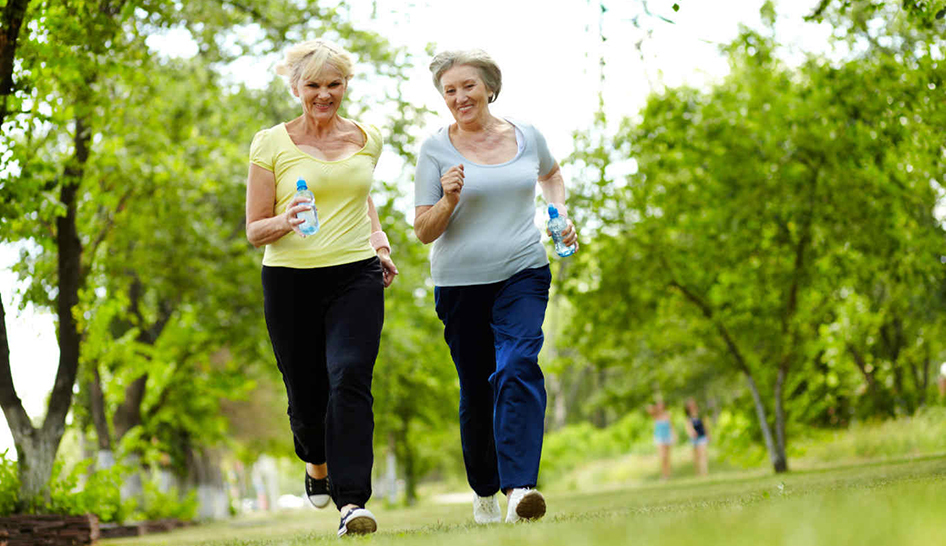 Knowledge is Motivation When it Comes to Exercise

A study out of Australia found that adults who know the exact diseases they were staving off by exercising were more likely to hit the gym regularly. Researchers observed that participants who knew that exercising was “good” but were not able to identify sicknesses that are tied to inactivity were the least active. The report reads, “Participants were significantly more active when they correctly identified more diseases associated with physical inactivity and when they overestimated the risks associated with inactivity.” Levels of knowledge were identified—similar to smoking risks levels—to compare and contrast activity levels of participants, for instance, those with level 1 knowledge “heard” about the risks associated with inactivity, level 2 is “being aware of diseases,” level 3 is “accurately appreciating the severity and probabilities” of developing a disease, and those with level 4 accepted the risks “apply to one’s own risk of developing such diseases.” This backs efforts to educate the public on the benefits of regular exercise. "Most people know that physical activity is good for health. Few people know the specific benefits of physical activity for health, and it may be this specific knowledge that positively influences their physical activity behavior,” said Stephanie Schoeppe, the lead author of the study.

What Weird Exercises Are Brewing in NYC?

Nate Dern of Outside Magazine tries out six “unusual” workouts in the New York City area. These include nude yoga, Pilates-based SLT, BRRRN (which we’ve read about before in a previous roundup), ConBody, Mile High Run Club, and AG6. Likely, the biggest attention grabber is Naked In Motion, in which Dern wrote about how surprised he felt at accepting the situation—stretching in the nude with strangers. Dern noted, it is a class to do “at least once.” On the more clothed spectrum, SLT is a Pilates-inspired workout that incorporates straps, bars, and pulleys. SLT, also an IHRSA member, stands for strengthen, lengthen, and tone, and is 50 minutes of lunges, planks, and other challenging movements. Next on the list is ConBody, which Dern described as a “boot-camp-inspired body-weight exercises taught by ex-cons who yell at you” and the “hardest” class he tried out (but, he noted, plans to return). Running isn’t immune to new concepts as highlighted by the Mile High Running Club. The studio uses $10,000 Woodway 4Front treadmills and focuses on runners effort level, not the speed level. AG6 is “a circuit-based class set in the world of Tron,” Dern wrote, for its use of light-up tiles on the floors and walls. These along with other innovative programming ideas are sure to keep exercisers interested, and reporters busy.

The Newtown Athletic Club in Newtown, PA, is adding a new program to its list of services. With the support of Newton Behavioral health recovery center, the club has developed what it describes as a “scientifically based fitness program focused on helping those in recovery, or with behavioral health conditions, to ease toward a healthier lifestyle.” The program uses a low-intensity workout regimen that is flexible enough for clients of all fitness levels. Joseph Yi, M.D., a holistic psychiatrist and the co-founder of Newtown Behavioral, and Ryan Miller, the exercise physiologist of NAC, created the new program, which the club’s website describes as “an empowering tool for those in recovery who want to improve their physical and emotional health through evidence-based exercises that are both fun and effective.” NAC is offering discounted rates to those who qualify for the program.

Read more about the program.