Several IHRSA clubs make it to a top 20 list, new developments brew for the PHIT Act, and an Australian club gives older women the workout options they want.

In this week’s roundup, get the skinny on new PHIT Act developments, a popular IHRSA club is named “Business of the Year,” Cardio Tennis is gaining attention for its benefits, and more top industry news.

On July 12, the U.S. House Ways and Means Committee voted in favor of the IHRSA-backed PHIT Act, 28 to 7. Now the provision can be considered by the whole House as part of a legislative package. The Personal Health Investment Today (PHIT) Act will allow Americans to use pre-tax dollars to pay for health club memberships, fitness equipment, and more. To get the measure passed through the committee it had to undergo some changes:

If passed by the House, the legislative package containing the PHIT provision will head to the Senate for consideration.

Fitness Magazine released its results from a poll asking readers and fitness pros to name the “hottest body shops” in different categories throughout the U.S. Several IHRSA member clubs made the cut, including 24 Hour Fitness, Gold’s Gym, and Sports Center at Chelsea Piers. The magazine gave 24 Hour Fitness the title for Best Big-Box Gym for its huge network of clubs and variety of workouts it offers. Other categories include best eco-friendly exercise (The Green Microgym in Portland, OR) and best for the competitive set (Greenwood Athletic and Tennis Club in Greenwood Village, CO).

See which clubs made the cut and why.

A rock wall at the Sports Center at Chelsea Piers.

Henna Inam, CEO of Transformational Leadership, shares some advice on finding purpose at work and life centering on three words: Presence, value, self-awareness. In her column featured in Forbes, Inam says by being in the moment, knowing your values, and discovering what gets you fired up are some ways to find fulfillment at your job, or help lead you to your true purpose. Inam will share her insights as the keynote speaker at the IHRSA Women’s Leadership Summit, hosted by Athletic Business, in New Orleans, LA, on November 8. The summit will offer valuable information and networking opportunities that will help empower women in the health and fitness industry.

Read more on how to find your purpose or sign up for the Leadership Summit.

Cardio Tennis is high-intensity interval training, group training and a fitness program all in one, according to Jack Groppel, a wellness advisor to the tennis industry. Because of its flexibility and versatility, cardio tennis “easily addresses” the American College of Sports Medicine (ACSM) Top 20 Fitness Trends for 2018. “As a sport and activity that addresses these key fitness trends, it makes sense that Cardio Tennis participation has continued to grow every year since it was developed in 2005,” Jolyn de Boer, the executive director of the Tennis Industry Association, said in a press release. Some of ACSM’s top trends include HIIT, group training, wearable technology, body weight training, and strength training—all of which are included in Cardio Tennis, which has about 2.22 million players in the U.S. 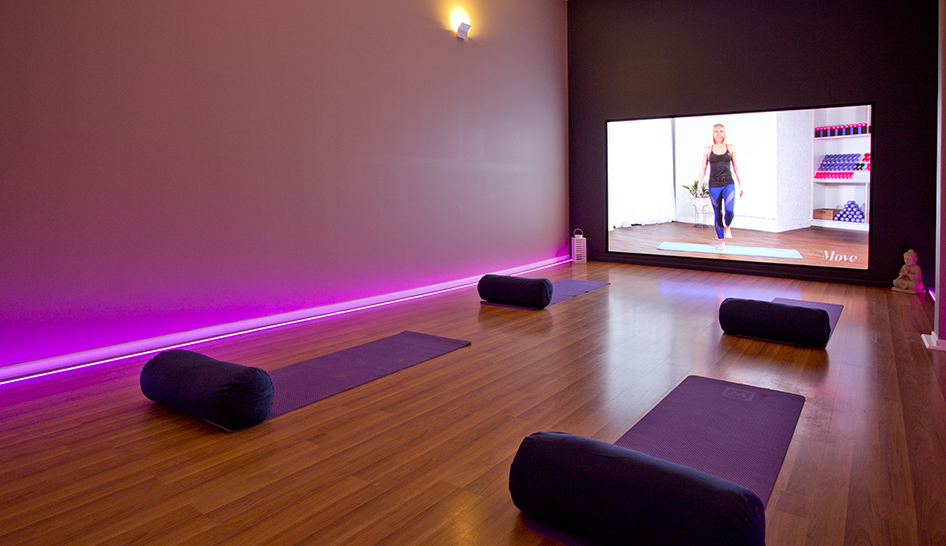 One of the four smaller studios at Club W.

Club W makes its debut in Sydney, Australia, as a space for women of the “forgotten generation,” the club announced in a press release. The $650,000 AUD, 400-square-meter facility centers on socializing with a focus on movement. “Club W is a modern space where women can recharge, restore, connect with others and immerse themselves in wellness,” said Tony de Leede. Through Wexer, which provides digital content, the club offers an abundance of virtual classes and workouts with a wide-range of interests in mind, from yoga to cardio. “The Baby Boomer generation has already embraced social media platforms and so on— they aren’t afraid of tech,” de Leede said.

Read more about the first-of-its-kind club.

A 52,000-square-foot fitness facility with a 14-acre campus is the recipient of the prestigious Tammany Award for business of the year, according to a press release. The recognition goes to Stone Creek Club & Spa in Covington, LA, for their “dedication to their members, the community, the fitness industry and to the well-being of our country.” Not only is the club thriving, with annual revenues topping $7 million, but raises hundreds of thousands of dollars to give to local charities. Each year, the Tammany Award recognizes a business for its contribution to local economic development and its commitment to improving the community it serves. “We feel fortunate to be an integral part of the community we love, and we are honored to receive this year’s Tammany Award,” said Stephanie Coulon, the club’s marketing manager.

Read more about this year’s winner.