Working out at home might be taking hold, an analysis explores exercise as mental health disorder prevention, and more fitness news.

Equinox is facing an unexpected hurdle, as Orangetheory looks to expand its reach to Baby Boomers. And the PGA Tour is changing from the training room on out.

Workouts at Home On Undeniable Uptrend 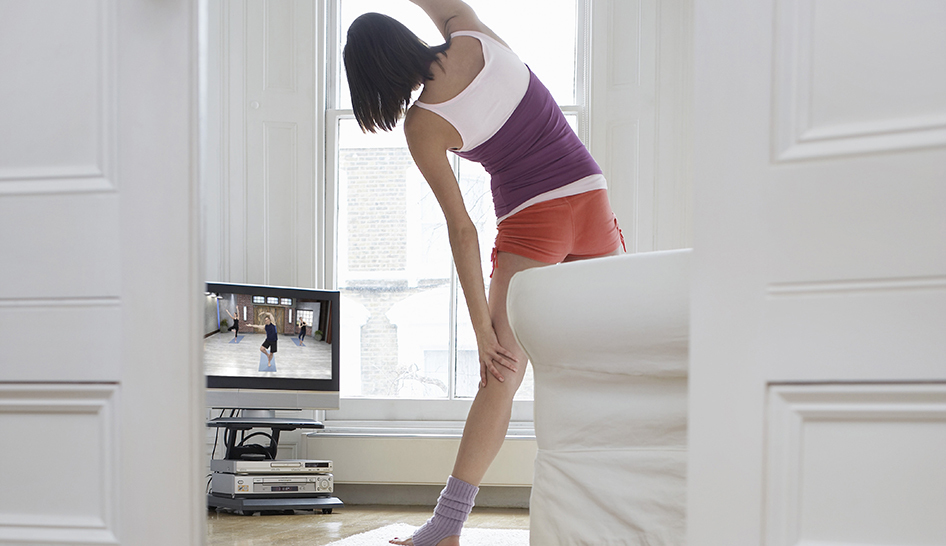 The Wall Street Journal is sounding the alarm: Technology is boosting the popularity of working out at home. Among the at-home leaders are Peloton, Mirror, a slew of fitness apps that provide on-demand workouts, as well as virtual versions of top gym brands, like Crunch and Gold’s Gym. All of these have something in common: connectivity. The modern-day at-home workout now connects users to a plethora of fitness groups through social media or other platforms. And by eliminating one of the old problems of at-home workouts (being alone), more people are jumping on board. This influx of at-home options is making an impact, at least for people seeking the flexibility. “Sitting in a class and having somebody sneeze and cough all over me, waiting for the shower, forgetting to pack things for work, the driving—I don’t miss any of it,” Michelle Lechner, 48, of Stamford, CT, told the newspaper. “It’s nice not to plan my life around a class.” But, rest assured, IHRSA and other leading health clubs told the WSJ it’s too early to tell if this is a real threat to physical gyms.

What are people saying about working out at home? 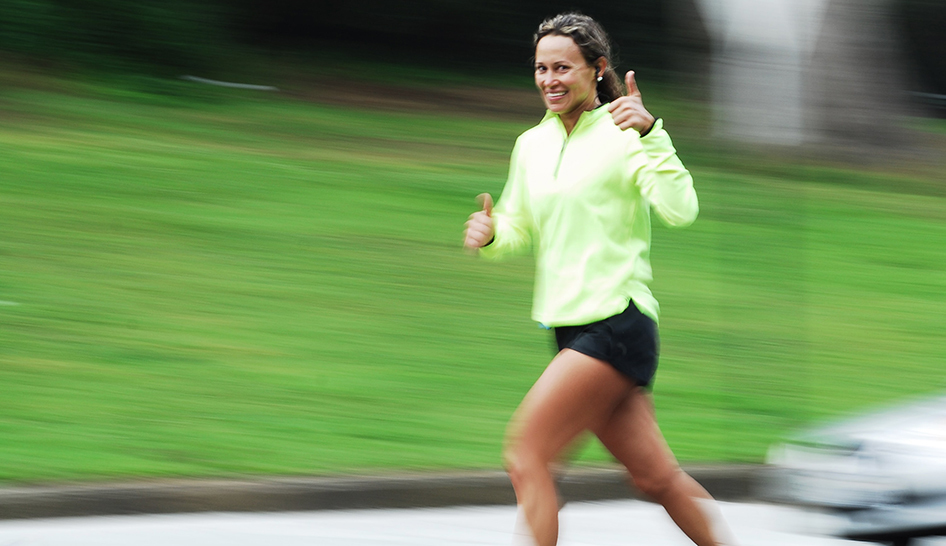 We already know, according to studies, exercise is an effective way to treat mental health disorders—but can it be a preventative measure as well? As Medical News Today reports, researchers wondered the same thing and came to a tentative conclusion: Yes, there is a lower risk of developing a mental health disorder associated with higher levels of fitness. “We found that low [cardiorespiratory fitness] and medium [cardiorespiratory fitness] are associated with a 47% and 23% greater risk of … common mental health disorders, compared with high [cardiorespiratory fitness],” the researchers wrote in the Journal of Affective Disorders. However, the researchers note the conclusion stems from the analysis of only four studies conducted separately and expressed surprise at how little this topic has been explored. The lead author, Aaron Kandola of the University College London in the United Kingdom, is hopeful that this recent study will “draw more attention” to this subject.

Learn about the details of the study. 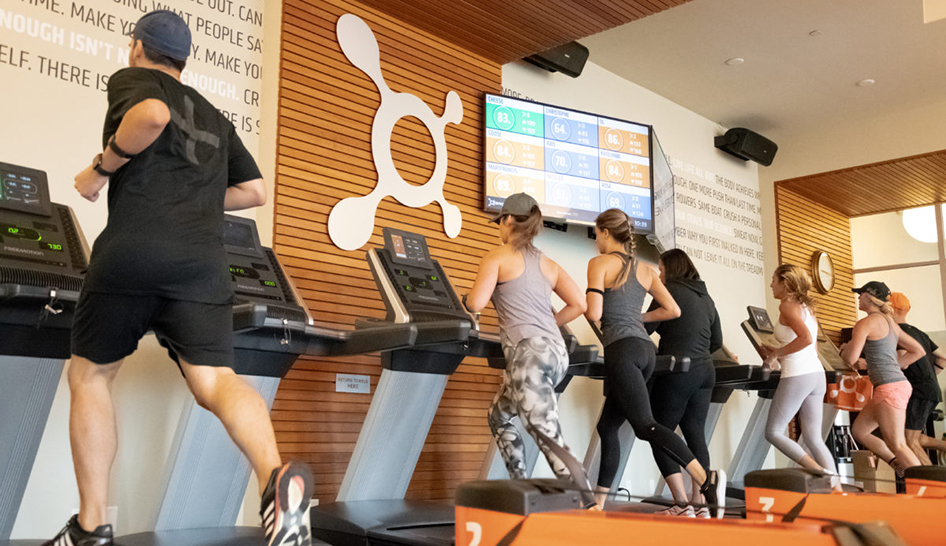 Orangetheory Fitness has taken the boutique market by storm, buoyed by a mostly younger clientele, according to the U.S. Chamber of Commerce article. But co-founder Ellen Latham, 63, wants to spread the word that Orangetheory can also meet Baby Boomers’ exercise needs. “As the creator of the workout, and someone who is climbing through her 60s, I get emails, a lot of them from Baby Boomers, who say, ‘You know I was frightened of this Orange place, but I walked in there and there was a walker category, a jogger category, and a runner category, so I chose the walker category and I was successful,’” said Latham, who was received IHRSA’s Woman Leader Award in 2017.

Classes work like this: Coaches are trained to help exercisers adjust movements to accommodate their bodies. This not only opens the door to Boomers, but to those recovering from injuries. There are business benefits as all. Walter Thompson, past president of the American College of Sports Medicine and associate dean in the College of Education and Human Development at Georgia State University, said Boomers are “well elderly,” meaning they are healthy enough to exercise and have “the most discretionary money.” But Meredith Poppler, IHRSA’s vice president of communication and leadership engagement, warns that if clubs want to attract the older generation, to not label programs as “golden” or “senior,” which might shut out younger exercisers looking for a low-impact workout or Boomers who are relatively healthy.

Learn how Orangetheory is reaching out to a new cohort.

The PGA Tour is changing—and it’s all taking place in the training room. According to Sport Techie, the PGA Tour now has two mobile wellness centers with Technogym equipment to help bring continuity to the pro golfers. One center is dedicated to fitness, while the other has a focus on therapy and recovery. The trailers will drive 24,000 miles annually to all tournament locations. Athletic trainer Logan Cobb noted that just seven years ago, players wouldn’t want to lift more than 15 pounds during tournament weeks. “Now we’ve got those guys using the trap bar and getting stronger and doing squats,” Cobb said. “They’re feeling the difference. A lot more guys are open to that.”

News that the owner of Equinox Fitness and SoulCycle helped raise $12,000 at a Trump campaign fundraiser fueled a boycott earlier this month, according to Market Watch. Kinsey Diment, a co-owner of HIIT House LA, told the Hollywood Reporter that since August 6, she has received an onslaught of messages from members of Equinox "looking to transfer to a gym that is supportive of who they are at the base." She also received calls from Equinox trainers who are caught in a "catch-22 because the job is their main source of income so they are struggling with their own moral dilemma in this situation and living in L.A. isn’t cheap." HIIT House LA is one of several companies that have been touting their all-inclusive messages, in an attempt to attract clientele away from Equinox. FlyWheel made a move to attract members by posting an “all welcome” message to Instagram. On August 7, Equinox released a statement on Twitter: “We want to let you know that Equinox and SoulCycle have nothing to do with the event and do not support it. As is consistent with our policies, no company profits are used to fund politicians. ... We believe in tolerance and equality, and will always stay true to those values."

But how long will the boycott trouble the luxury gym brand? “In reality, very, very few boycotts adversely affect sales in a way that we can see,” Mary-Hunter McDonnell told Market Watch, an assistant professor of management at the University of Pennsylvania. What is at risk is Equinox’s long-term reputation and being able to recover. Standing in the way could be the gym’s locations. “When you look at the consumer base and where these facilities are located, it seems like they’re looking at mostly a wealthy, urban phenomenon, which tends to be pretty liberal in its demographic. … It seems more likely you’re going to lose people than you’re going to gain people,” said Neeru Paharia, an associate marketing professor at Georgetown University. But this boycott hasn’t put a damper on Equinox’s plans for an on-demand fitness streaming service, which is slated to be launched in the fall.