Gold’s Gym named HIIT as the top trend for 2019. Will they be right about 2020? Meanwhile, JCPenney takes the fitness lifestyle to heart, and the cat is out of the bag at IHRSA.

Ever wonder what people do in other countries to stay fit? Well, Active Cat will find out in IHRSA’s second children’s book that was recently released. Industry mainstays are set to debut a new club concept in Illinois, IHRSA aligns with the National Fitness Foundation, and Tough Mudder is opening up indoor bootcamp clubs for those who want to test their endurance on a more frequent basis.

Gold’s Gym names restorative fitness as the top trend for 2020, the company announced in a press release. The company writes that restorative fitness will be a “welcome balance” to 2019's high-intensity interval training trend that may have led to burnout and overtraining injuries. "Gold's Gym continues to focus on changes people can make to help them become stronger and better versions of themselves. In 2020, that means finding more balance between recovery and intensity, which is why we are naming restorative fitness the year's top trend," said Gold's Gym President and CEO Adam Zeitsiff. The company notes that nutrition will begin to play a larger role in fitness, as well as yoga and pilates.

Read about the restorative fitness trend.

Over 350 attendees and more than 30 sponsors and manufacturer-sponsors attended this year’s ChinaFit / IHRSA China Management Forum. The four-day forum, this year in Shenzhen, China, is held for the purpose of sharing fitness communication between China and the international fitness industry. More than 100 fitness professionals were recognized for their contribution to the industry at the welcome dinner, and attendees were treated to several panel talks. Castle Hill 360 General Manager Michele Melkerson-Granryd, Fitness Hut Co-founder Nick Coutts, and wellness entrepreneur Tony de Leede spoke on the International Panel.

Next year’s forum will be held in Shanghai and will be the 10th annual event.

Learn more about ChinaFit and other IHRSA events.

Not Your Parent’s JCPenney

JCPenney opened a newly reimagined store in Hurst, TX, earlier this fall that puts the fitness lifestyle in the spotlight, the company announced in November. Touting a shortened name at the entrance (simply Penney’s), the store is reorganized to fit customers’ lifestyles and includes clothing sections sorted by “All Day,” for casual wear; “On Point,” for a more refined and polished look; “Chill,” for the stylish 5-to-9; and more. With the infiltration of the fitness lifestyle, there’s more than activewear to be found at this store. This location is now offering instructor-led yoga or Zumba classes at the Movement Studio during weekends. Yoga mats and water is provided. Customers can secure a spot for a class through the JCPenney app. This new concept comes along with 11 lounges, a clubhouse to entertain children, a salon, a barbershop, and styling workshops.

Learn about the new JCPenney concept.

Tough Mudder Takes It Inside 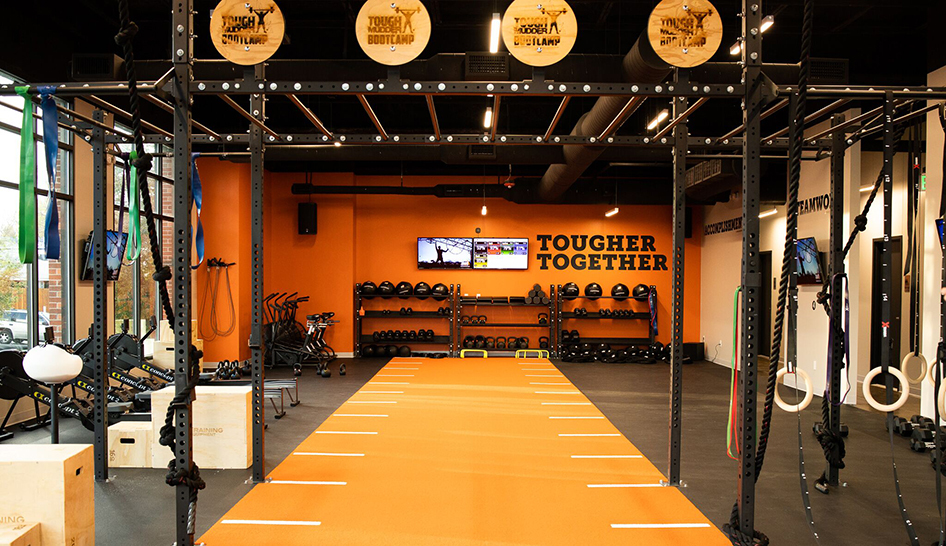 The company behind your local Tough Mudder obstacle race is opening up four bootcamp clubs in Boston, Las Vegas, Houston, and Denver. Since its launch, about 3.5 million people in 10 countries have participated in one of the outdoor workouts that focus on teamwork, personal accomplishment, and, of course, fun. Now participants won’t have to wait for the next event with the opening of the Tough Mudder Bootcamp clubs. The courses at the bootcamp are 45 minutes long and test strength and endurance with short periods of high-intensity work and brief recovery periods—much like other HIIT sessions. “This facility is beautiful,” Neelima Joshi told The Denver Post following a workout at the new Tough Mudder facility in the city. “It’s new, it’s clean, the colors are gorgeous, and the bathrooms are really clean. They have everything you need.”

Read about other new ventures in the September issue of CBI.

Carol Nalevanko, a longtime member, friend and supporter of IHRSA, recently celebrated a milestone—40 years with Village Health Clubs and Spas. Carol moved to Arizona in 1979 after earning a degree in recreation management. She could never have guessed what her future held when she accepted a position as activities director with Metro Sport & Health Club, which was later acquired by DBM Sports Clubs, LP, the parent company of Village Health Clubs and Spas. Over the last 40 years Carol's vision has shaped the character and culture of the Phoenix-based, upscale, four-facility chain of which she now serves as president.

Read more about Carol's story in her interview with CBI. 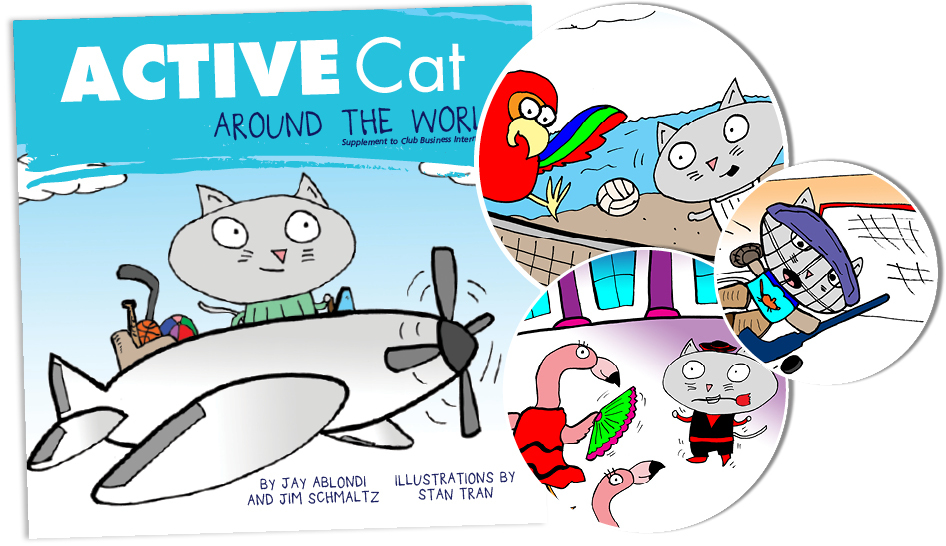 An adventuresome cat has made his way to IHRSA, we announced recently. Sponsored by Gympass, IHRSA’s second children’s book “Active Cat Around the World” has been released—just in time for the holiday season. Written by Jay Ablondi and Jim Schmaltz, and illustrated by Stan Tran, “Active Cat Around the World” playfully showcases Active Cat traveling the world in search of fun sports to play and meeting new friends along the way. “Our goal is to promote physical activity for kids of all ages as well as learning about different cultures and countries,” says Ablondi, a father of two daughters. “My girls provided plenty of input on Active Cat and his adventures, so this book is not only kid-tested, but peer-reviewed!”

Learn more about “Active Cat Around the World” and how to buy it. 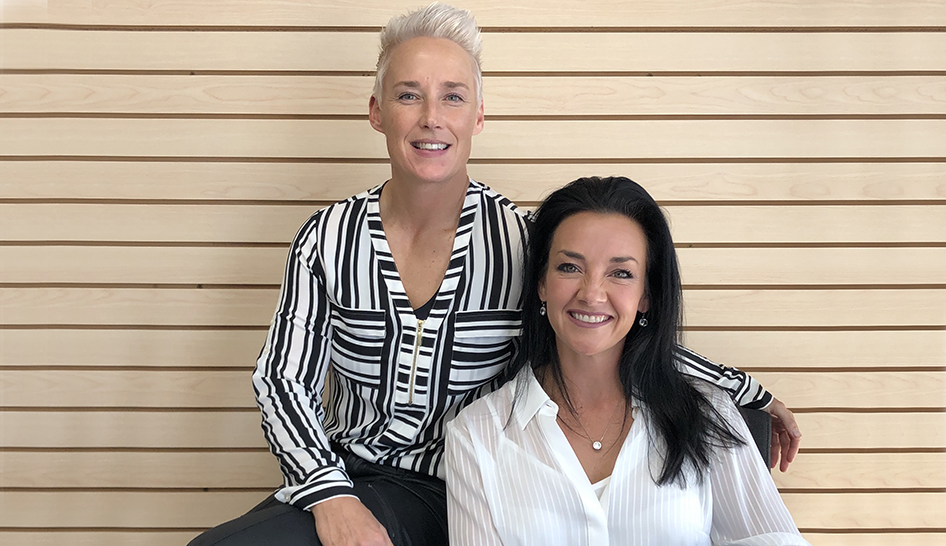 January is a big month for industry insiders Carrie Kepple and Amy Styles, as their new facility is set to debut in Peoria, IL, reports CBI. The team behind Styles Fitness and Wellness is opening Styles Studio Fitness, which is a unique concept that incorporates elements of traditional health clubs and boutique studios. The facility will offer four studios (cycling, functional-training, yoga, virtual class), a full gym floor, a cafe, functional nutrition coaching, and the region’s first Dexa+ office. Dexa+ provides fitness testing and other wellness coaching. Kepple, IHRSA Board vice chair, and Styles bring in years of fitness industry experience, and have partnered with Jim Worthington, the founder of Newtown Athletic Club in Newtown, PA., and ex-officio of the IHRSA Board.

The National Fitness Foundation announced in a press release that IHRSA has aligned with the foundation’s goal to get more kids active. IHRSA intends to engage gyms to support new public health policy guidelines and has become a sponsor for the National Endowment of Youth Sports (NEYS) launch reception, which is hosted by the National Fitness Foundation, the official nonprofit of the President’s Council on Sports, Fitness & Nutrition. IHRSA joined NBC Sports Engine and the NHL in supporting the NEYS goal of raising $100 million for youth sports programs, the release said. Jim Worthington, a former IHRSA board chair, owner of Newtown Athletic Club in Newtown, PA, and a current member of the President’s Council on Sports, Fitness & Nutrition, said, “I’m glad I was able to connect IHRSA with NEYS. I’m proud to work with both organizations because they are focused on the same long-term goal—to increase health & fitness in America.”

Learn about the partnership.