This article appeared in the print edition of Club Business International in August 2019.

In the World of Fitness Franchises, the Mini-mogul Rises

These three franchise leaders spotlight how ownership of small chains of fitness franchises is quickly becoming the new normal.

Welcome to the world of the fitness franchise mini-mogul.

The numbers are clear. Over the past decade, the fitness franchising landscape has changed significantly. An analysis conducted recently by FRANdata, an Arlington, VA–based franchise research firm, indicates that single-unit ownership, as a percentage of total ownership, is falling and 50-plus ownership is rising.

What accounts for the growing inclination to found and expand these micro-empires?

According to FRANdata, between 2012 and 2017, two of the hottest sectors, in terms of unit growth, were health and fitness (No. 1) and sports and recreation (No. 3). And, between 2016 and 2018, fitness centers were the fastest-growing franchise brands.

Second are the strong support that franchisees receive and recent changes in startup parameters.

“There are fewer barriers to entry for franchisers than with traditional startups; you have a proven model; and franchiser resources make it easier to open new units,” says Christine Niu, a FRANdata research analyst. “We’re also seeing more franchisers insist that new operators start with a minimum of three units.”

The numbers are shifting as well as the face of ownership.

In a report produced recently by Club Intel, a Dallas-based brand insight firm, Stephen Tharrett, the company’s co-founder and principal, observed that while more private equity firms and owners of other franchises are entering the fitness arena, there’s also an “influx of non-fitness or nontraditional ownership into the industry.” 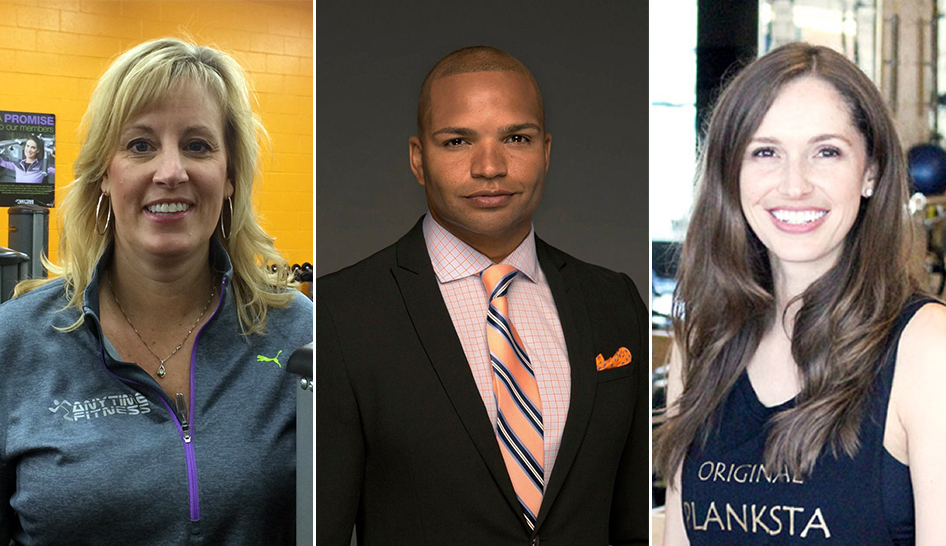 For the Love of (Fitness) Business

Before they founded Anytime Fitness, which, sitting in the No. 1 spot on the IHRSA Global 25 “Franchises Owned” list, is arguably the nation’s leading fitness franchiser, Chuck Runyon, Dave Mortensen, and Jeff Klinger ran the Health and Fitness Group (HFG), a club consulting firm.

For five years, HFG employee Jinell Abernethy traveled for the company, conducting its club membership drives, and, for the following five, managed individuals who traveled on its behalf. “But,” she recalls, “after 10 years, health club marketing had changed, and it was time for me to do something different.”

So, Abernethy moved back to Duluth, MN, her hometown, and embarked on a new career. Her choice? In 2002, when Runyon, Mortensen, and Klinger launched their game-changing franchise, now based in Woodbury, MN, she became its second-ever Anytime Fitness owner.

Why did Abernethy choose to go into fitness?

“I wasn’t even a personal trainer,” she explains, “but I loved the marketing and management part of the business. And I wanted to grow a company and help people become healthier. The Anytime model provided what I wanted. The facilities were convenient, open 24 hours, had a smaller footprint, didn’t require a lot of staff, and allowed you to be part of a community.” 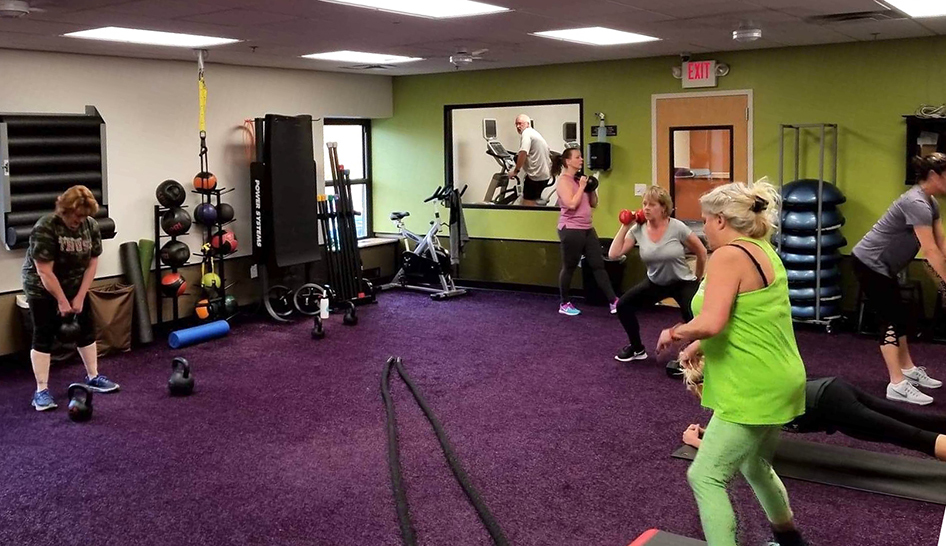 Between 2002 and 2008, Abernethy opened five clubs, four in Minnesota and one in Wisconsin.

And that’s where she’s decided to stop.

“A lot of my friends have 10 or 20 units, and sometimes I get jealous,” she admits. “All my clubs are within a half-hour of my home, and I want to be hands-on. I talk to my managers every day, get to every club during the week, and can still handle all the marketing. I’m essentially an owner with the role of an area manager.

“If I grew,” she continues, “I’d have to add layers of management, and I enjoy being one-on-one with my staff and members. I’d lose that sense of community if I got much larger.”

“If I grew, I’d have to add layers of management, and I enjoy being one-on-one with my staff and members. I’d lose that sense of community if I got much larger.”

Abernethy has expanded her facilities and introduced new programming and services to remain relevant, which has kept revenue growth stable for the past decade.

“I’ve learned it’s important to establish good systems and processes, and to not overdo it with respect to infrastructure,” she says. “You’ve got to find your sweet spot, figure out what your personal balance is. The only thing I’d do differently, if I were to do it all over again, is to buy my own buildings.”

From NFL to Franchising MVP

Brendon Ayanbadejo is used to carving out his own niche.

In 1999, he came into the NFL as an undrafted free agent. Over his 14-year career, he’d make the Pro Bowl three times, be named an All-Pro twice, and retire after reaching his grand goal, winning Super Bowl XLVII with the Baltimore Ravens in 2013.

Just six years after retiring from the NFL, Ayanbadejo has opened 23 Orangetheory clubs, with about 1,000 members each. He’s also acquired an equity investor, Castanea Partners Inc., a Boston-based firm, which in June 2018 took a 75% stake in his West Coast Fitness (WCF) company.

He and his two partners now have plans to expand their operation to accommodate more than 100 Orangetheory facilities within the next few years. Some of WCF’s properties sit near its Los Angeles headquarters, but the majority reside in the Bay Area.

What led Ayanbadejo to fitness? 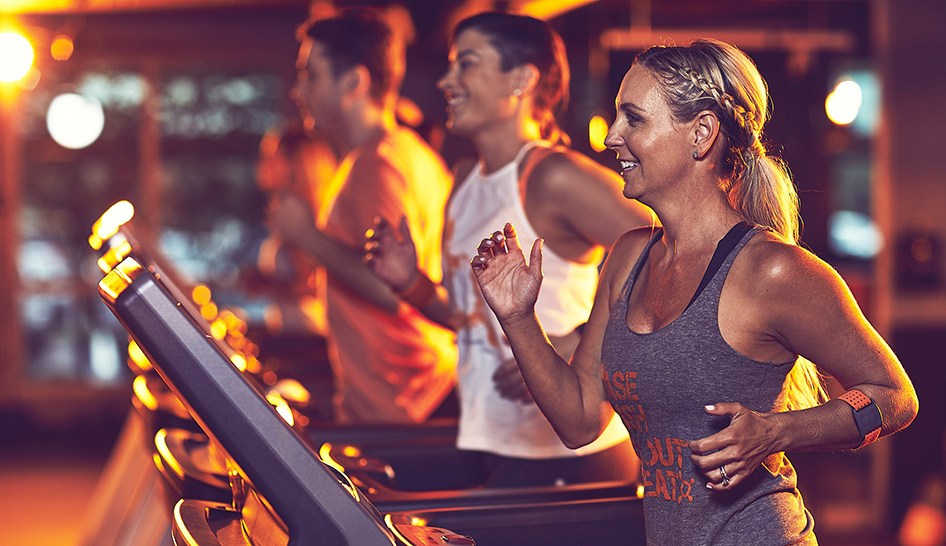 Just before he retired, he and his wife opened a yogurt shop, but Ayanbadejo wasn’t satisfied with its growth prospects. While searching for other opportunities, he stumbled, almost literally, upon Orangetheory Fitness.

“While we were in Florida after the Super Bowl, my wife sort of forced me to go into an Orangetheory club in Fort Lauderdale. It happened to be the first location ever opened,” he says. “Coincidentally enough, the company’s headquarters were right above that studio, so I went in, and I instantly thought, ‘Man, I need to bring this back home to California.’

Ayanbadejo was drawn to the franchise by an appealing combination of factors.

“I had previous experience in the retail space, but I knew I wanted to do something that would help me enhance the lives of others, and, as an athlete, fitness has always mattered to me,” he says. “I knew that, if I wanted to be a champion in business, I couldn’t do it by myself. I had to find a vehicle that would allow me to scale, reach the greatest number of people, and provide a game plan I could execute with a team.

“Like football, franchising offered a playbook that was designed to produce growth.”

“Like football, franchising offered a playbook that was designed to produce growth.”

From the outset, Ayanbadejo reflects, his goal wasn’t to make a lot of money but to have a positive impact on the lives of as many people as possible. Given that, he considers the Castanea transaction his most significant professional accomplishment.

“The infusion of funds is helping us to open new locations on a double-digit annual pace, and also, importantly, is helping us improve the quality of life for our members and staff,” he says. “For the staff, in particular, it means benefits and, with respect to management, more positions and paths for growth.”

Passing Up Paintball for Pilates

Keely Watson came to fitness from the world of competitive paintball.

Just out of college, Watson was hired by Paintball Sports Promotions, an international paintball league. “I’d participated in paintball for several years, so it seemed like a natural transition,” she says. “I did everything, from marketing to sales, social media, setting up for events, and, at times, picking up trash—whatever needed to be done.”

After five years, Watson realized it was time for a change. In 2010, she decided to follow her passion and become a Pilates instructor.

“I ended up working for Allison Beardsley, the founder of Club Pilates,” says Watson. “In 2013, she began franchising the brand. I’d wanted to start my own studio, but felt that the process of doing so was overwhelming. Allison’s franchise model, with all the support it offered, was very appealing to me.”

“I’d wanted to start my own studio, but felt that the process of doing so was overwhelming. Allison’s franchise model, with all the support it offered, was very appealing to me.”

Watson ramped up quickly, opening one location in Orange County, CA, in 2013, two in 2015, and securing the rights to three in 2016. In 2017, she purchased two existing Club Pilates locations in Los Angeles.

She wasn’t done yet.

She wanted to expand, but in a slightly different direction. She studied the other brands in the portfolio of Xponential Fitness, the Irvine, CA–based company that had acquired Club Pilates in 2015.

“In 2018, the firm acquired Yoga Six and, since I’d once lived near their original studio in San Diego, I knew it fairly well,” says Watson. “I’m passionate about Pilates, so Yoga Six seemed the perfect complement.” 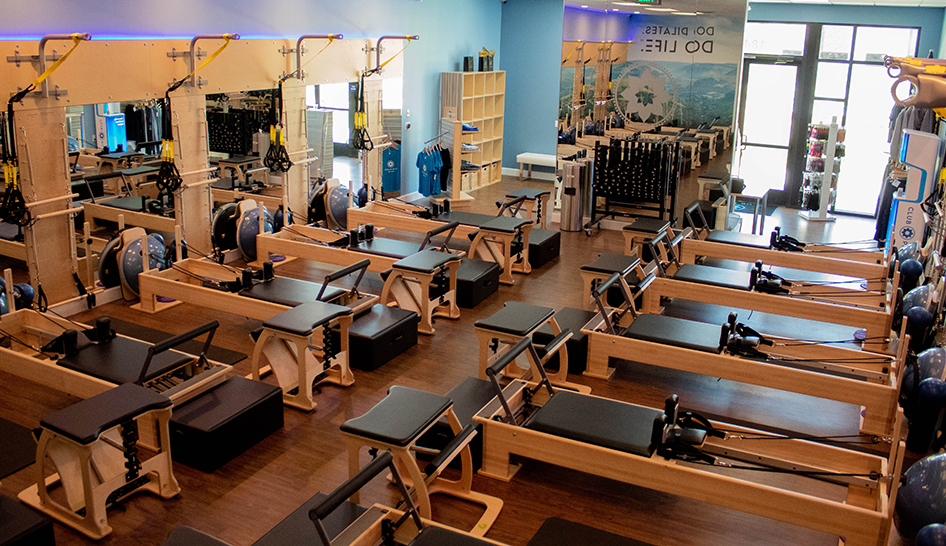 The geography also was appealing: Watson was able to acquire a Yoga Six territory close to her Orange County Club Pilates locations. Recently, for example, she opened her first Yoga Six in a Yorba Linda shopping center, and, just a week later, also opened a Club Pilates studio there.

Her current plan is to have a total of 20 studios within the next three to five years.

Among the biggest perks of reaching a critical mass, of sorts, Watson notes, is being able to develop more professional management.

“We’ve gotten large enough to be able to hire some really amazing employees, including district managers and a regional manager. Having multiple locations also has helped us spread the costs involved in bringing that talent on board,” she says. “Having those skillsets in place has been invaluable in improving the way the business runs and, ultimately, how it performs.”