How Health Clubs Are Meeting the Demand for Performance Training 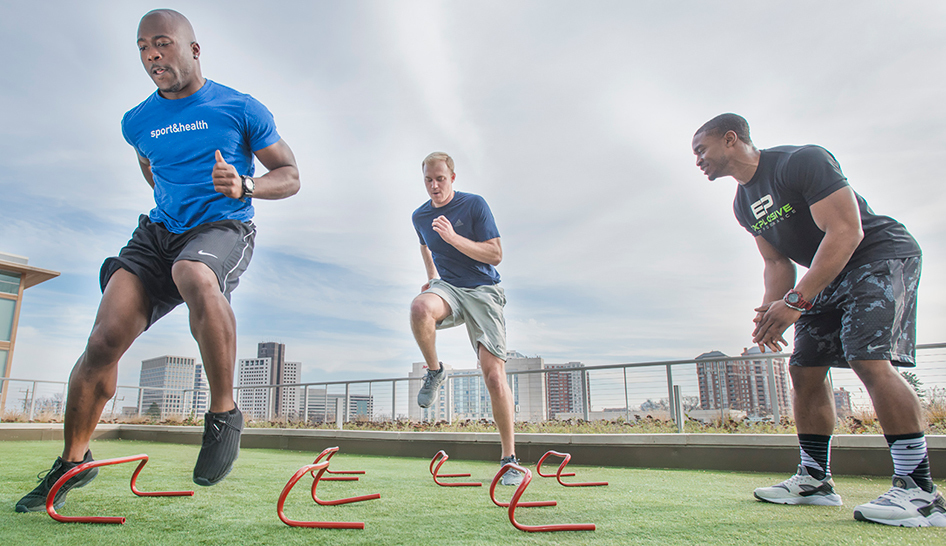 ... albeit a decidedly different kind of one.

Today, Glassman’s fitness formula drives what has become a global powerhouse, with more than 13,000 “boxes,” as its facilities are referred to, affectionately, by their members, with an estimated market value, according to Forbes magazine, of $4 billion.

As in many other areas of society, including our own industry, millennials have provided much of the impetus. In fact, the introduction of CrossFit coincided neatly with the coming-of-age of this cohort. Born between 1981 and the early 2000s—the first generation to mature during the new millennium— this group now numbers 69.2 million in the U.S.

Glassman, it seems, had clearly come up with the perfect, high-intensity program for people who were looking for a new type of workout—one with particularly strong appeal for millennials. Approximately 40% of CrossFitters are between the ages of 24 and 34—a millennial sweet spot—according to a recent study from Rally Fitness, an Ontario, CA-based manufacturer of exercise equipment.

CrossFit, though, has always thought out of the “box,” and, as a result, become something of a cultural phenomenon. In 2007, the CrossFit Games debuted. The competition now attracts some 200,000 participants each year, confers a $2-million prize, and is televised by the Disney Channel. The event also seems to have inspired—or coincided with the emergence of—other fitness reality shows, such as NBC’s STRONG, the Esquire Network’s American Ninja Warrior, and its upcoming Team Ninja Warrior spin-off.

Members—especially younger ones, but a growing number of others as well—are expressing a desire to experience “more” in terms of performance training. For them, it’s not just about looking good. It’s about optimal performance, improved function, discovering what they’re made of, and demonstrating what they can do.

As club operators and other experts will attest, this trend, which is rapidly becoming a major one, is reverberating across the industry—from training, to programming, to facility design, to equipment manufacturing and layout.

“Adventure racing and competitions are becoming more common,” says Anthony Wall, the director of strategic partnerships for the American Council on Exercise (ACE). At the most recent IDEA convention in Las Vegas, for example, there was a fitness challenge every day, whereas, three or four years ago, there weren’t any. “Part of it is driven by a desire for greater intensity in exercise regimens, but it’s also being fueled by a huge social component. Increasingly, club members want to participate with like-minded people and share their experiences online.”

Another contributing factor is the public’s growing fascination with technology—think wearables.

Younger exercisers are quite comfortable with virtually every type of tech, and this category is no exception. “As the drive to work out has moved from a strong emphasis on appearance toward health, wellness, and function and performance, people have become more concerned with results, and are utilizing wearables to improve their times and fitness level,” says Greta Wagner, the executive director and executive vice president of The Sports Center at Chelsea Piers. “The average person is accessing their own data via pedometers, heart-rate monitors, fitness apps, etc.. and using it to inform and enhance their workouts and performance.”

The Sports Center at Chelsea Piers has locations in New York City and Stamford, CT. “Millennials have integrated technology into their workouts more quickly and naturally than older generations,” says David Cardone, the owner and general manager of the Memorial Athletic Club, in Houston, TX. “They use fitness tracking to document their rigor.”

Younger members are influencing the look and feel of workouts in a host of other ways, as well.

“Today, in club settings, you’re seeing more 30-minute sessions,” reports Mike Fantigrassi, the director of professional services at the National Academy of Sports Medicine (NASM), based in Chandler, AA. “Members no longer want to do the typical workout of 15 years ago, which was generally hypertrophy- and machine-based—where they’d do a set, and then rest for a minute or two, and then do another set. Now, more trainers are keeping their clients moving the whole time. They’re doing some type of circuit training that’s higher intensity, and they’re keeping their heart rate up.”

People of all ages—not just the youngsters—seem to be benefitting.

“Our club offers about 25 water aerobics classes per week,” says Cardone. “Traditionally, these classes haven’t been synonymous with a rigorous workout, but, recently, we added a bit more intensity and strength training to the format. Initially, one of our more senior members failed to see the value, and expressed her dissatisfaction.

“However, not long afterward,” he continues, “while shopping at a warehouse store, she stumbled over a display. To her surprise, her core and legs were strong enough so that she was able to catch her balance before hitting the floor. It could have been a life-altering event for this lady—but it wasn’t.”

Training that acknowledges and incorporates intensity is also showing up in the courses offered by training and certification organizations. For instance, in 2010, NASM introduced a Mixed Martial Arts (MMA) Conditioning Specialist course, which involves cardio drills, striking, kicking, and the use of kettle bells and other equipment. Well-designed, higher-intensity training also is embedded in NASM’s Personal Training Specialist course, notes Fantigrassi.

Club operators confirm that they’re modifying their facilities, equipment offerings, and exercise programs to address the rising demand for functional and performance training.

For example, both Chelsea Piers facilities have gyms with turf fields, lanes for sleds, TRX bands affixed to beams, and other functional equipment; and both employ heart-rate monitors and BMI/baseline testing in their training programs.

With respect to programming, Wagner points to TacFit, introduced in January, as a prime example of a higher-intensity workout.

TFA gauges an individual’s maximum performance for push-ups, crunches, bodyweight squats, and pull- ups, and requires a timed 500-meter row and 1.5-mile run. The TacFit program, based on the TFA standards, was created by personal trainer Peter Purcell, a former infantry medic and healthcare specialist.

TacFit represents an intense challenge for anyone who wants to improve their overall core strength and cardiovascular output. During the six-week series, participants meet three times per week, and are given an individual cardio training plan to complete on their own. All wear a MYZONE heart-rate belt, which helps hold them accountable during each workout. Based on the data collected, weekly challenges are introduced to push each member to the max.

“We filled the very first session—and we’ve filled every one since,” says Wagner.

Sport & Health, a 22-club chain based in McLean, VA, tapped into the high-intensity trend early on. In 2009, it launched its Explosive Performance (EP) program, which focuses on achieving proper form to obtain maximum functional results. It emphasizes three basic components: speed, agility, and quickness; energy systems development; and regeneration and recovery.

“The entire EP program is predicated on the concept of improving some aspect of performance—instead of just aesthetics,” says Mitch Batkin, the senior vice president of Sport & Health. He acknowledges that, if a member lifts weights, does cardio, and moves more, they’re likely to lose weight and tone up, but points out that, today, many people are inspired to see what they can do—rather than attain someone’s arbitrary definition of looking better.

“They’re excited about being able to do their first perfect pull-up, then 10 of them, and, then, do a high- intensity workout involving multiple sets of exercises,” he says. “We consider all of our members athletes. That doesn’t mean, necessarily, that they have to play a sport. It means that they have specific goals, and, in order to reach them, need to track and improve their performance.”

Since the program’s introduction, Batkin says, participation has grown by more than 1,000%!

Major equipment manufacturers have been quick to capitalize on the opportunities inherent in the growing, upping-the-intensity trend. At IHRSA 2016, in Orlando, FL, a number of them, including Technogym and Matrix Fitness, unveiled new products targeted at the practice’s fans.

“Using its multidrive technology,” he explains, “users can alter the machine’s reactive levels of resistance, shifting from resistance-free running to an all-out sled push with a simple gear change.”

The product’s provocative tagline: “Unleash the athlete inside you.”

Recognizing the need for a product designed solely for short, high-intensity intervals, Matrix Fitness introduced the S-Drive Performance Trainer. “We found that many coaches and trainers wanted to include sprinting and sled pushing in their programs, but didn’t have access to the space or equipment required,” explains Kevin Mast, the firm’s cardio product manager.

The development of the S-Drive began in 2012 with Matrix exploring exercise venues where sprinting and sled pushing were in demand. “From there, we connected to a global network of gyms, trainers, and professional and Olympic-level coaches to transform the idea into prototypes,” Mast says. “The prototypes were tested by hundreds of people on several continents. We then took their feedback, and continued to refine and improve the product until it met our requirements.”

It’s also worth noting that some equipment manufacturers, such as Rally Fitness, are now outfitting CrossFit areas that have been created within traditional multipurpose facilities.

The defining purpose of high intensity is to keep users engaged and help them push their limits—an objective that’s likely to appeal to young, enthusiastic club members, as well as a number of older ones, for years to come. After all, who doesn’t want to be the best they can possibly be?