This article appeared in the print edition of Club Business International in September 2019.

HIIT Shifts into Overdrive in a Changing Fitness Landscape

In 2014, high-intensity interval training (HIIT) first appeared on the American College of Sports Medicine’s (ACSM’s) annual fitness trends list. Since then, it hasn’t budged from the top three spots.

Not only has its popularity grown: Like many other groundbreaking programs that have become established standards over the years, HIIT has evolved, incorporated new types of equipment, created hybrid classes, reached out to new populations, gone virtual, and been legitimized by a body of solid research.

It has come to dominate the fitness landscape.

“Because it delivers results, [HIIT] will continue to boast a large and devoted following. … However, because it’s been popular for a long time, a number of variations of HIIT will emerge,” says the American Council on Exercise (ACE).

Chris Gagliardi, the resource manager for ACE, says, “It’s also been steadily moving from a population of dedicated individual athletes to more group settings, being mainstreamed into other programming, and to populations with much wider age ranges.”

The Many Faces & Facets of HIIT 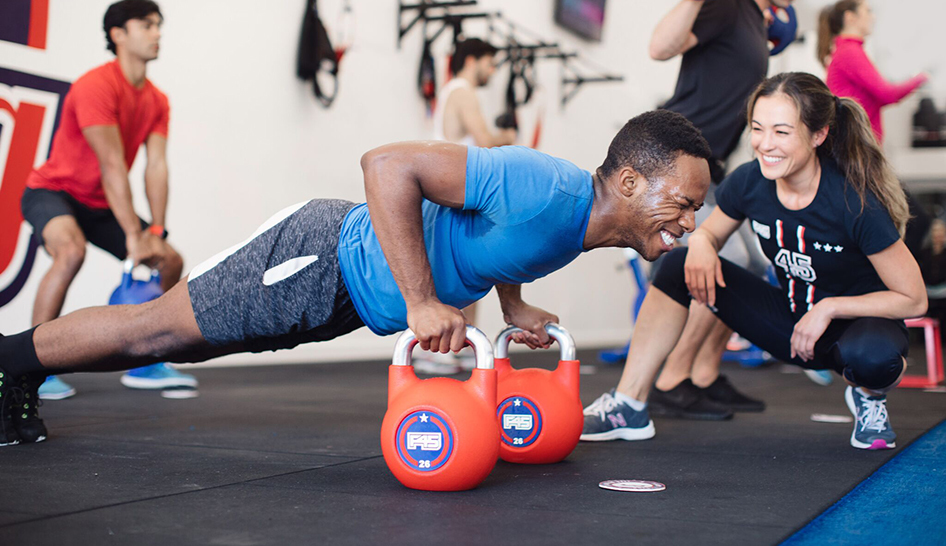 Like aerobics and functional training before it, HIIT is constantly assuming new shapes and forms to meet newly identified needs and evolving expectations.

“The most obvious changes in HIIT training seem to be in the choice of exercises and the emphasis on ‘strength’ exercises for intervals,” says Bret Gibson, the fitness director of the Rollingwood Athletic Club, a multipurpose facility situated on 10 acres in Fair Oaks, CA. “For example, rather than sprinting on a treadmill for 30 seconds, and then resting for 30, you’re more likely to see classes that utilize kettlebells, battle ropes, medicine balls, etc.”

Rollingwood recently introduced TruZones, a training format that makes use of elements of HIIT, but also incorporates heart-rate monitoring, allowing the club to quantify the impact of HIIT. “It allows us to gauge the exercise intensity of our members while they’re working out,” says Gibson.

F45, a Sydney, Australia–based studio franchise with more than 1,500 locations worldwide, makes use of standardized, but constantly refreshed class offerings. And Adam Marley, the manager of a 1,000-square-foot F45 studio in San Diego, CA, notes that HIIT is becoming a key component of its programming.

“We’re including HIIT and more strength in our newest classes,” he says. “Within a single class, you might spot HIIT, circuit, and resistance training—sort of like three classes in one.”

“Regardless of the day or exercise regimen, you’re not counting reps,” says Marley. “You’re on a timer. You’ll have five different exercises, and you do five sets of each exercise, starting at 28 seconds. Then you go to 26, 24, 22, 20, with a five-second rest in between each.”

“Like aerobics and functional training before it, HIIT is constantly assuming new shapes and forms to meet newly identified needs and evolving expectations.”

The options that HIIT offers for adaptation, innovation, and customization seem virtually endless.

Angie Anderson Gallagher, a personal trainer in West Des Moines, IA, also has done some modifying. “I include HIIT in my Pilates class, and my members love the shorter, more intense workouts,” she says. “They really feel that they’re getting a lot done in a short period of time.”

Given the fact that “intensity” is the essential factor in HIIT, Gagliardi sees it expanding even further. “More instructors are working with clients to target where their intensity levels are in a variety of scenarios,” he says. “For example, I’ve heard about groups where participants are doing high-intensity interval walking.

“In that sense, almost any program for nearly every type of member can contain some form of HIIT.” 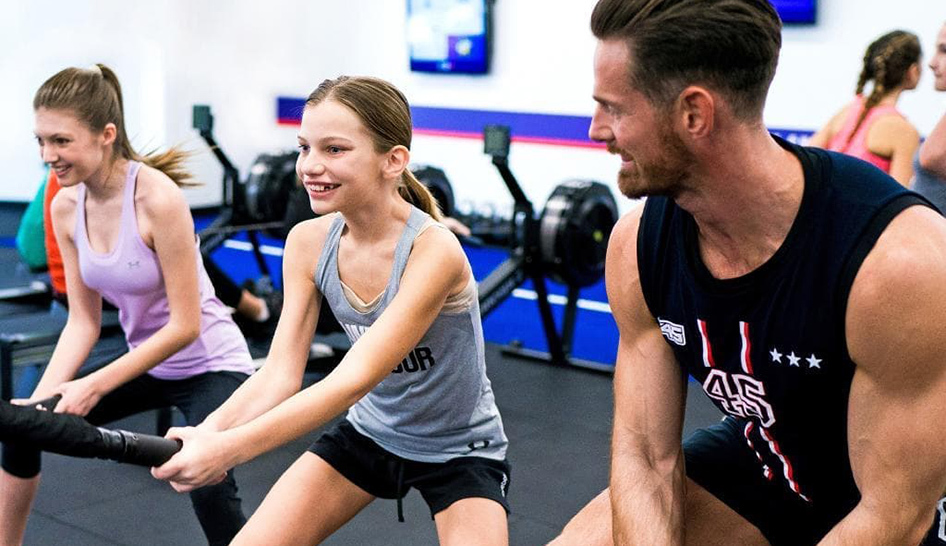 Given its versatility, HIIT also is applicable to individuals of virtually any age, and is quickly moving beyond the younger, hardcore athletes associated with its birth.

“We know that more populations want to profit from HIIT’s benefits and take their fitness up a notch,” says Bryce Hastings, the head of research for Les Mills International, the Auckland, New Zealand–based club operator and global programming provider. “We’ve designed our offerings to be more mainstream, and selected exercises that, while driving heart rate, minimize joint stress.”

“These classes have been packed, with an average of 25 to 35 members each,” says Chavez. “For the past couple of years, we’ve seen much broader participation across different age groups; we now see members anywhere from 22 to 55 years old.”

“Given its versatility, HIIT also is applicable to individuals of virtually any age, and is quickly moving beyond the younger, hardcore athletes associated with its birth.”

At Rollingwood, the demographic consists largely of families and an older cohort. “Over the past year, we’ve had a rise in attendance of older members in our HIIT classes,” says Gibson. “We also offer them specialized HIIT classes, which emphasize balance, reaction time, and the use of low-impact exercise modalities, such as TRX. Our TruZones monitoring has confirmed that HIIT can certainly be a powerful tool for improving VO2 max in the aging population.”

And, at the other end of the age spectrum: “F45 recently launched a HIIT program for kids in Australia and New Zealand that focuses on children from 11 to 17,” says Marley. “The focus is less on weights, and more on teaching functional movement patterns, such as getting students into the correct squat pattern. It’s about the fundamentals.”

As it has grown, evolved, and adapted to the demands of the market, HIIT has been validated by a growing body of research that’s enumerated its strengths and weaknesses, refined how it’s being practiced, and led to the creation of guidelines.

“We’re seeing HIIT’s efficacy as an exercise type and its safety now being supported by research,” says Gagliardi.

The data is being gathered by groups such as ACE, providers such as Les Mills, and individual clubs.

“We’ve always believed that, based on intensity rather than duration, our HIIT classes should be no more than 30 minutes in length,” says Hastings. A study conducted by Les Mills and ACE has since endorsed that policy. 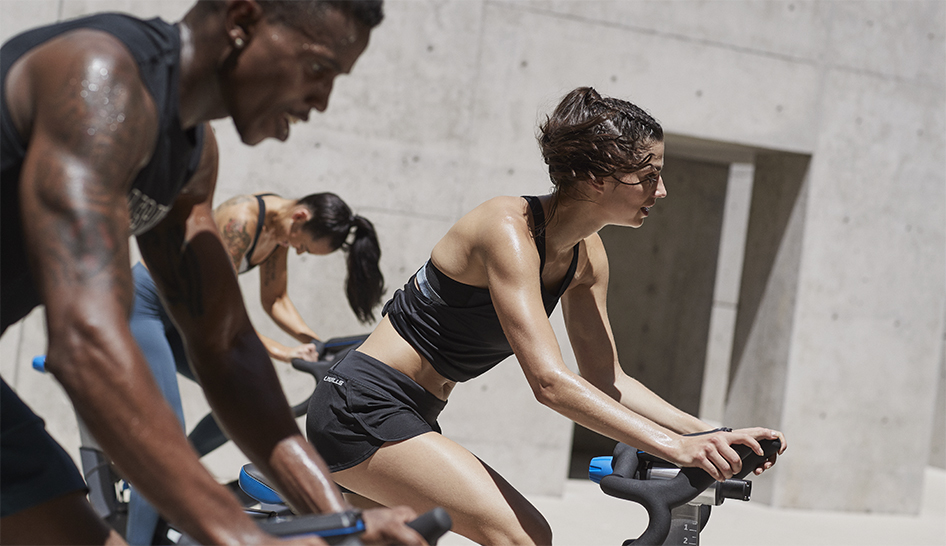 Presented at the 2018 ACSM Annual Meeting, it indicates that more than 30 to 40 minutes of HIIT in a maximum training zone per week can reduce performance and potentially increase the risk of injury.

“It’s really the first time we’ve seen guidelines around the amount of HIIT people should do,” says Hastings. “The findings have scientifically established that less is more when it comes to HIIT. In fact, too much actually hinders.”

ACE research also reveals that, if done properly and for the right length of time, HIIT poses little—or no—risk for people of different ages. Its 2018 study of a group of 21-to-59-year-olds who participated in a resistance-based HIIT program identified no safety issues.

Rollingwood has taken a safety-oriented approach to HIIT in its TruZone offering. “We incorporate tenets of HIIT within these classes, generally at the end of the sessions as ‘finishers,’” says Gibson. “Since the classes are an hour long, we don’t encourage people to work above 90% of their max heart rate for most of the workout. However, during the last five to 10 minutes of the workout, we integrate HIIT circuits that elicit a powerful metabolic response, often ranging from 90% to 100% of max heart rate.”

ACE has codified a sound approach to implementing a HIIT program in “An Evidence-based Guide to Resistance-exercise HIIT,” a post on its website that encompasses, pre-participation screening and exercise termination criteria, proper lifting technique, preparation and recovery, and adherence to target resistance-exercise HIIT intensity.

With HIIT’s growing support within the industry and inherent flexibility, it’s sure to be health club go-to for decades to come.