This article appeared in the print edition of Club Business International in November 2018.

Not only are more consumers using health clubs—they’re starting to visit a number of clubs to achieve their goals, according to the IHRSA Health Club Consumer Report.

The long-term viability of the health and fitness club industry, like that of other corporate categories, relies on its ability to grow the customer base for its products and services. Our endeavor, like others, has evolved from an emerging, into a growth, and most recently, into a mature industry. It’s during this latter phase that many types of business reach a tipping point: a critical period when they either adapt and evolve or, failing to do so, begin to erode. For health clubs, the secret to ongoing success, to maintaining an upward trajectory during this period, is to continue to attract new members

So suggests the first page of the 2018 IHRSA Health Club Consumer Report, which is based on nearly 31,000 interviews conducted in 2017 by Sports Marketing Surveys, Inc., a research firm based in Jupiter, FL.

It’s no surprise that this annual publication is one of IHRSA’s perennial best-sellers—in order to attract, serve, and retain consumers, club operators first need to understand them. 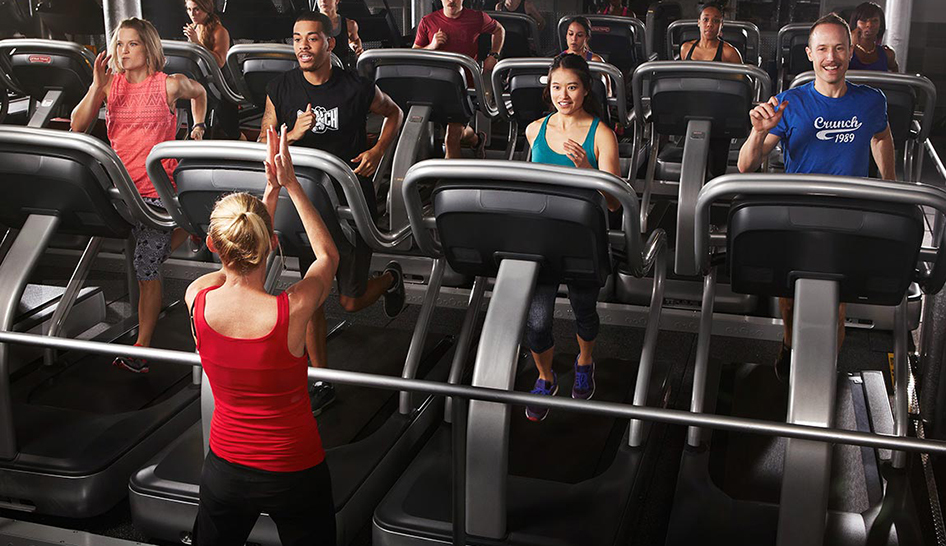 Treadmills are still the biggest draw to a health club.

Some basic facts: U.S. club membership totaled 60.9 million in 2017, up 6.3% from 57.3 million in 2016. Another 9.1 million nonmember consumers reported using a club at least once during the year. In all, clubs attracted more than 70 million consumers, a record high since IHRSA first began tracking club consumer statistics in 1987.

The new report takes an in-depth look at the demographics and behaviors behind these metrics, raising, and answering, a host of vital questions:

“In all, clubs attracted more than 70 million consumers, a record high since IHRSA first began tracking club consumer statistics in 1987. ​”

“Readers will find the ‘Overarching Insights and Recommendations’ chapter particularly valuable,” she says, “since it offers key takeaways and specific recommendations, which stakeholders can use to better understand club consumers and employ member-behavior data to increase profitability.”

New Trends in the Fitness Industry

The report notes that a few years ago a rather fascinating new trend began to emerge. A significant number of members began to shift from making use of a single club to utilizing a number of clubs in order to pursue and achieve their goals.

In 2017, nearly one-quarter (23%) of them indicated that they frequented more than one club—the highest percentage recorded over the previous five years. The likelihood that someone would sample the offerings of more than one provider was highly dependent upon the type of facility they belonged to originally.

Fitness-only clubs enjoyed the highest level of member commitment, with just 25% reporting that they also worked up a sweat elsewhere. By way of contrast, 90% of the clients of boutique studios sampled the offerings of other providers. 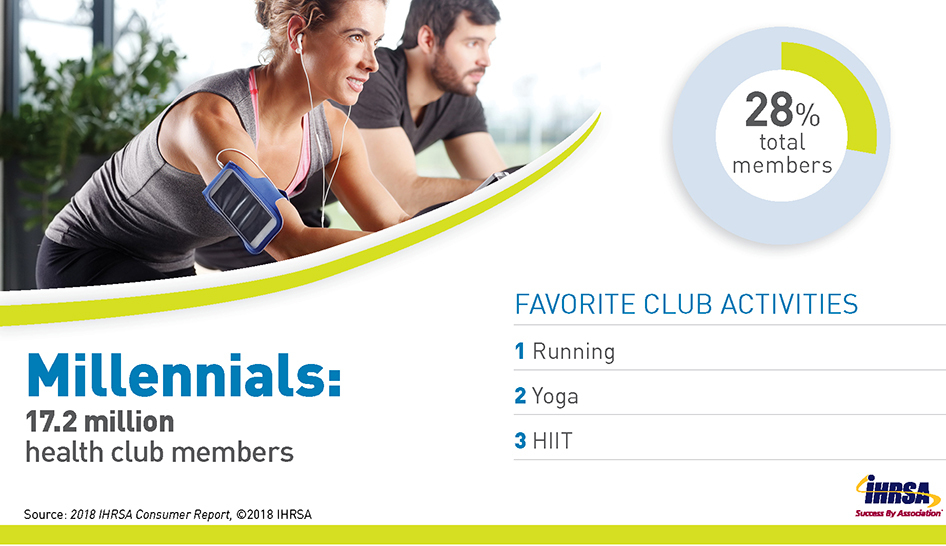 Millennials and the younger members of Generation X are most likely to find the notion of multi-memberships appealing, while, conversely, Baby Boomers and members of the Silent Generation are significantly more likely to conclude that a single facility meets their needs.

The IHRSA Health Club Consumer Report examines the habits of every club’s most important customer—the core user, the person who makes use of their facility at least 100 times each year. These individuals are the most likely to remain members, and, given the frequency of their visits, tend to spend more on additional, nondues-revenue services.

In 2017, 47% of members qualified as being core users, two percentage points lower than in 2016, but relatively consistent with the trend for the past five years. Again, the type of facility was a factor in determining the results: fitness-only clubs had the highest level of core users (53%), and boutique studios the lowest (28%-38%). These numbers make sense, given the fact that the vast majority of the clientele of boutique studios belong to more than one facility.

A demographic factor that, predictably, appears to impact the percentage of core users is household income (HHI). Members with an HHI of over $150,000 are more likely to be core users than those in other income brackets. 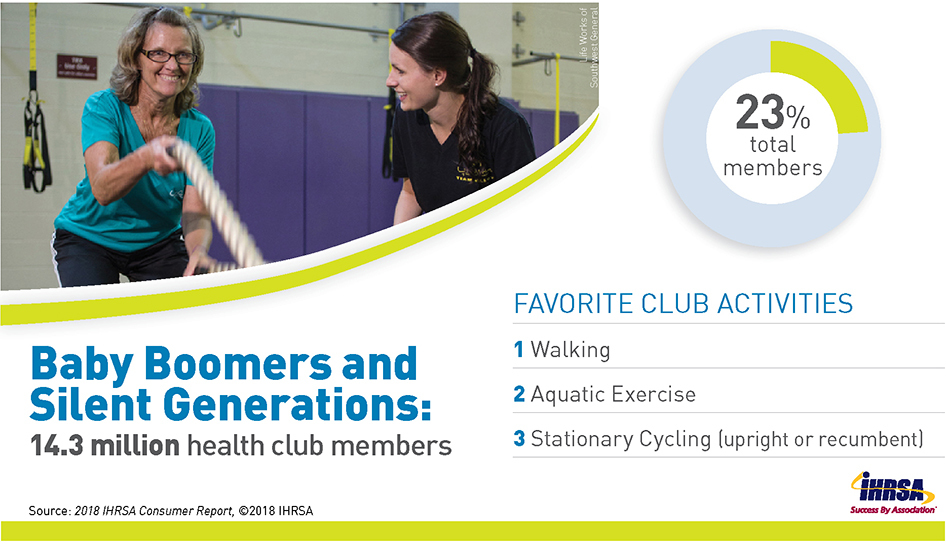 Kristen Walsh has worked for IHRSA for more than 20 years, and is currently the Associate Publisher. She writes and edits articles, e-newsletters, and research reports, among other things. When she’s not at work, you’ll find Kristen vacationing with her husband and daughter, volunteering for a local 5K, or attending a Boston Celtics game.