Gym Boss or Worker: Who Benefits from 2019 Legislative Trends?

Take a look at the trends sweeping the country. These changes to employment law are impacting health clubs and businesses in every industry.

Two of the hottest topics of the 2019 legislative session focused on increasing benefits for employees. Paid family and medical leave laws and increasing the minimum wage continue to be on the minds of voters and lawmakers.

Here at IHRSA, we give health clubs a voice when it comes to legislative issues that specifically impact clubs. Business organizations handle the lobbying of more general business issues—like the ones mentioned above. However, we do track and keep our members informed of any legislative and legal trends that could impact their business. 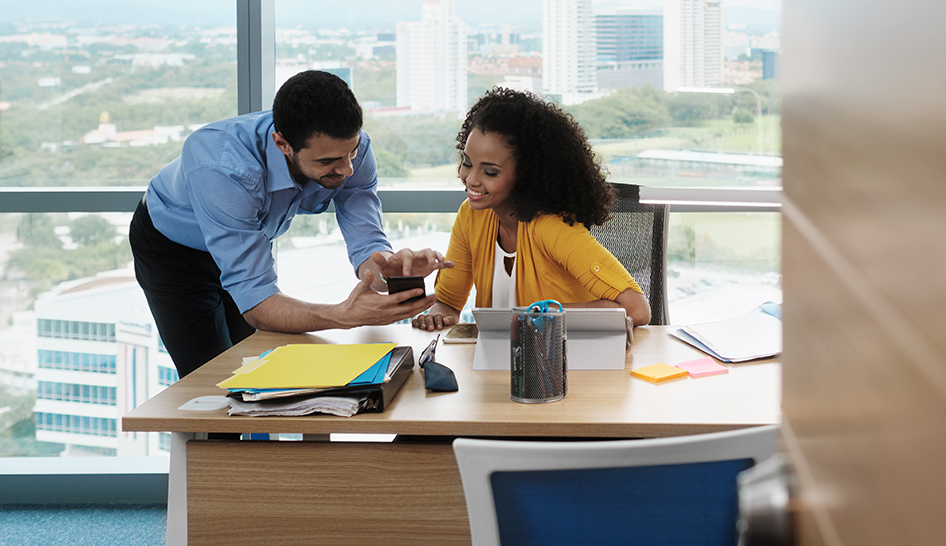 We even put together a series of briefing papers on employment law basics that club owners and operators need to know. Given this year's trends, I recommend you start with Employment Law Basics for Club Operators: Wages and Hours.

So what do these legislative trends mean for the fitness industry, and who benefits the most—owner or employee? Let's look closer at these trends, starting with proposals to raise the minimum wage.

What do state legislators focusing on raising their state's minimum wage have to do with health club operations? A rise in wage requirements also increases the costs of running a business—like a gym.

In 2019, 21 states and the District of Columbia began the year knowing their minimum wage would increase. Eight states ranging from Alaska to Florida saw an increase due to cost of living adjustments. Previously passed legislation or ballot initiatives contributed to 13 other states increasing their minimum wage requirements. 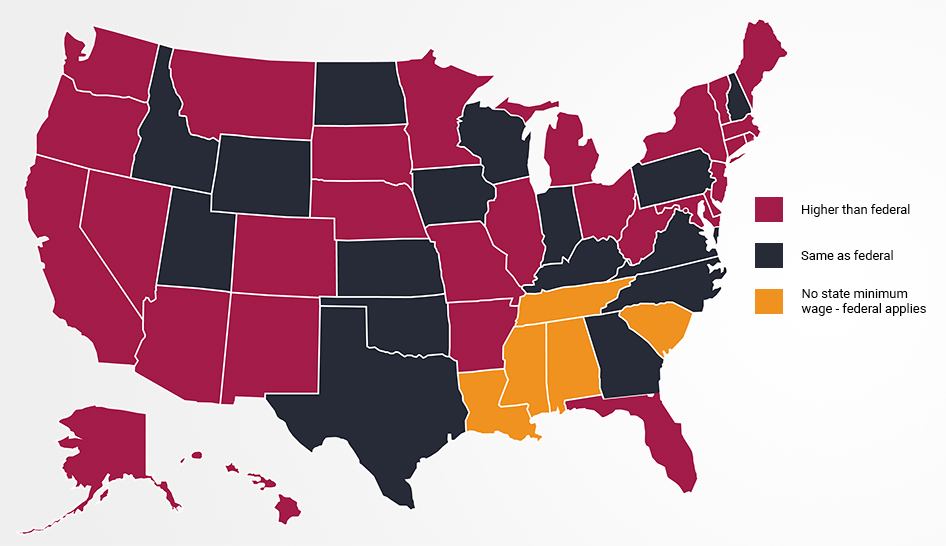 In addition to the 21 states where minimum wage increases took effect this year, 32 states considered some form of bill to increase the minimum wage in their state. Connecticut, New Jersey, Illinois, Maryland, New Mexico, and Nevada passed legislation to raise the minimum wage. These changes won't happen all at once. Most states chose to gradually roll out the increases over the next several years.

Another example of the legislative tide turning toward the expansion of employee rights and benefits is the rise of paid family and medical leave legislation.

The federal Family and Medical Leave Act (FMLA) of 1993 allows eligible employees to take up to 12 weeks of unpaid leave—during any 12-month period. The FMLA covers:

However, several states are considering expanding on the federal guaranteed unpaid leave through the requirement of paid family leave.

Currently, nine states and Washington, D.C., have paid family and medical leave (PFML) laws on the books. These states include:

States structure the PFML benefit differently, but typically an employee is entitled to a certain number of weeks for family leave, ranging from four weeks in Rhode Island and up to 12 weeks in Massachusetts.

Employees are also entitled to a certain number of weeks for a personal disability or medical leave, ranging from two weeks in Washington, D.C., to 52 weeks in California. A few states—like Massachusetts—cap the total number of weeks of PFML an employee can take in a year.

The Impact for Health Clubs

Calculating the impact of a minimum wage increase on your club can be easy, but is dependent on how you pay your employees. So, any increase may require a club owner to re-examine their salary structure. Some new laws, such as the rise of PFML may require more consideration in assessing its potential impact on your operations.

PFML has increasingly become an issue of focus in statehouses across the country, with at least seven states currently considering legislation adopting some form of these laws. This year, Connecticut and Oregon passed new PFML laws, while California and New Jersey expanded their existing provisions.

In Massachusetts, the state-offered benefit is funded through a tax and allows eligible employees to take up to 26 weeks of paid leave for medical or family reasons. While the Massachusetts PFML law passed in 2018, the tax to support the law took effect this year, and benefits do not become available until January 2021.

The Massachusetts law applies to W-2 workers, self-employed individuals, and 1099-MISC workers who do not qualify as independent contractors and make up more than 50% of the employer’s workforce.

How California now classifies independent contractors is also worth a closer look.

California leads the way in new employee and consumer rights laws. Their PFML allowance covers 52 weeks for personal disability leave. California also often leads the way in employment law trends. This year, the Golden State codified a strict definition of what it means to be an employee vs. an independent contractor.

Under the ruling, workers are assumed to be employees unless all three of these factors can be proven:

The law passed by the California Legislature in 2019 adopts the Dynamex test as the test for determining whether a worker qualifies as an independent contractor in California.

While it is too early to predict what effect this change will have across the nation, California is frequently a trendsetter for such changes. Trends like these can dramatically impact your business. Understanding how rulings and changes affect your hiring decisions is why it's crucial to stay up to date on your state's laws.