More members are looking for environmental responsibility and sustainability in their gyms, but going green can be pricey. 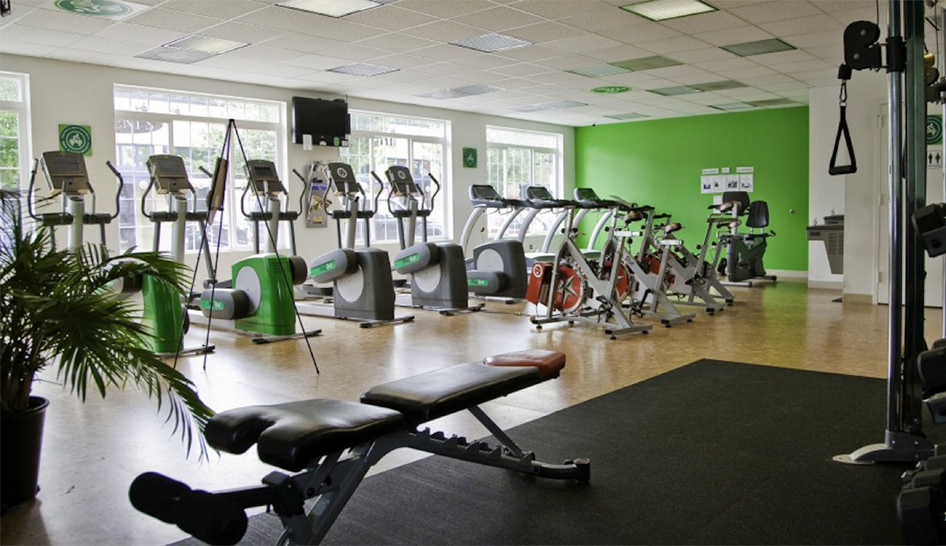 Over the last decade, the phrase has become commonplace in the health and fitness industry. The idea of an “environmentally friendly” business no longer seems novel. In today’s market, where environmental responsibility and sustainability are values that many members want—indeed, expect—their clubs to embrace, many owners and operators have made great strides.

They’ve learned, and continued to learn, along the way.

The lessons, sometimes, have been taught by bumps or outright failures, when lofty green goals have had to be repurposed, or even abandoned. Going green comes at a cost—some of the products and renovations involved aren’t inexpensive. On the other hand, recycling and making use of alternative or updated operating systems can demonstrate immediate, cost-saving benefits.

Eight years ago, Adam Boesel decided that it was the right time, and Portland, OR, the right place, to launch his dream business—a truly green gym. And, even though it was his first entrepreneurial venture, he aimed high, envisioning a club where members could generate all of the electricity needed to run the facility simply by working out.

Boesel’s quest began with a simple Google search. He entered the term “green gym,” and found YouTube videos of a facility in Hong Kong that was retrofitting its elliptical machines so that they would generate electricity. “I thought, great, I’ll do that,” he says.

That’s when The Green Microgym was born.

“Back then, everything was experimental,” he continues. “I was retrofitting equipment. I was literally a pioneer.”

Charting new territory in Portland was successful. Boesel’s environmentally friendly health club was a hit in this savvy market, where residents embrace the idea of sustainability—i.e., supporting long-term ecological balance by not harming the environment or depleting natural resources.

One location led to a second and, then, to a third—a series of fitness-only clubs ranging in size from 2,000 to 3,000 square feet.

That’s not to suggest, however, that running a truly green gym was always easy, or that Boesel’s original goals were achieved. In fact, they weren’t. Early on, he discovered that it wasn’t possible to generate all of the electricity required from member workouts.

In 2014, he sold two of the facilities to focus on his mission: that of “getting green fitness equipment in every facility, and increasing energy understanding and engagement, especially among green developers.” The third club is licensed to a new operator.

Boesel, a recognized industry expert in the field of sustainability, now serves as an authorized dealer for SportsArt, a Taiwanese equipment manufacturer. This IHRSA associate-member company produces a green line of cycles and ellipticals, called ECO-POWR that convert the wattage generated by exercise into AC power. Any excess electricity is fed back into the power grid through the unit’s plug, which is connected to a standard 120 VAC power outlet.

The equipment that Boesel once dreamed about, and had to create for himself, is now a reality at SportsArt.

Boesel says doing so requires constant, focused effort. “You can’t just buy a piece of equipment and be done with it,” he explains. “You have to look at everything you’re doing in your club, and think about how you can be more sustainable, overall.”

The process begins by considering small simple things—things such as the type of light bulbs and cleaning supplies you purchase; how much water you use in your club for everything from showers to washing towels; and, if you have them, how you clean your tennis courts. On a larger, more complicated scale, it may involve your HVAC system or the type of flooring you choose.

Healthtrax Fitness & Wellness, with headquarters in Glastonbury, CT, has done its best to cover all of the bases. Over the past several years, the company has retrofitted many of the 19 facilities it operates in eight states, updating the lighting and mechanical systems to save electricity and reduce costs.

In 2012, the management team recognized that the business’ aggregate energy usage was high— “north of 17 million kilowatt hours annually,” reports Steve Capezzone, the CEO of Healthtrax, and a member of IHRSA’s board of directors. At the same time, the chain needed to upgrade some of its facilities, which were approaching 20 to 25 years old. Their lighting, HVAC, and hot water systems were the biggest consumers of energy, he points out, so Healthtrax embarked on a search for more energy-efficient solutions.

The project cost about $1 million at the time, but, between incentives from the energy companies and 0% financing, Healthrax was able to make the upgrades without spending any money out of pocket. And the subsequent savings it saw in its energy bills accelerated the payback for the equipment involved.

Since then, buoyed by its success, Healthtrax has made further environmentally friendly improvements to its facilities. They include updating its pool dehumidification systems, swapping out all of its existing lighting for lower-wattage LEDs, and upgrading its HVAC infrastructure to new smart systems that can adjust the heating and cooling in certain club areas on the basis of usage.

“Everyone used to think Hummers were these cool, awesome machines—until the price of gas went way up. Then they became a symbol of enormous waste. Don’t let the same type of thing happen to your club.”

Healthtrax also is exploring the possibility of using solar power for some of its facilities, but, Capezzone acknowledges, doing so would be pricey. At the same time, the inclination to hold off—to see if the price of the technology will drop, or if today’s equipment will still be relevant in two or three years—is strong.

Right now, he says, installing solar would cost him around $500,000, whereas, a few years ago, it probably would have been more than $1 million. “I wonder, ‘If I wait, will it go down?’” he says. “‘Will I be kicking myself?’ I’m always battling that inner demon—do it now, or wait and see if the technology costs go way down in a few years.”

Part of his thinking comes from prior experience.

“I recently had this conversation with my lighting company: ‘I just made a change three years ago, and, now, I’m coming back and making this change again.’ I said, ‘Jeez, had I waited, I wouldn’t have had to spend twice.’” But the money he’s saved over those three years, and the additional savings the new bulbs will provide, he admits, will make the investment worthwhile.

It also makes sense to regard these investments as a future-proofing expense, observes Boesel. He cites the example of the fitness centers at UCLA, which were hit with a mandate from the state of California, which was grappling with a prolonged drought, to begin using less water. To help them reach that goal, the centers eliminated towel service, a move that angered members who felt they were losing a fundamental perk.

Taking steps before a government insists on them prepares members for changes that may have to be made abruptly when they become requirements.

That’s just one of the reasons that the Mt. Tam Racquet Club, in San Rafael, CA, has invested heavily in water conservation in recent years, says General Manager Rod Heckelman. Now, the club is taking additional steps—some of them quite creative—to become even more environmentally friendly and cost-conscious.

As a racquet sports club, Mt. Tam has a large stock of tennis balls. In the past, older balls were often discarded. Now, however, Mt. Tam repressurizes the balls so they can be reused, and, when that’s not possible, finds other uses for them. Heckelman, for example, discovered that they were ideal insulation for a small crawl space in his home attic, thanks to their solid construction and ability to conform to the strangely shaped space.

In addition, the rubber inside the balls can be used to resurface tennis courts, creating a softer playing surface that’s gentler on players’ bodies.

Mt. Tam also has been changing its approach to its pools. It’s switching over to saltwater systems for swimming, which requires fewer chemicals and is easier on the skin. It’s also asking swimmers to rinse off quickly before swimming; while doing so requires extra water, it helps keep the pool water cleaner. So, too, can wearing a bathing cap, which prevents hair from clogging drains.

Encouraging members to take such steps goes a long way toward having a greener facility, observes Heckelman.

While going green sounds great, what if you’re not ready to take the plunge? Boesel recommends taking some simple, incremental steps to get started.

Don’t leave lights and TVs on all day, he advises. Instead, let members turn them on when needed. And, instead of investing in TVs to blanket every wall, think about beefing up your Wi-Fi. Many members bring tablets or phones with them to work out, and can access their own preferred entertainment instead of staring at your screens.

There’s a lot you can do, little by little, to move toward environmental consciousness without making your members feel as though they’re making a sacrifice, Boesel points out. “Then, in the event, for instance, that you have to cut back on water, and can no longer offer towel service, it won’t be as big a shock.

“It really comes down to this,” he continues. “Do you want to run your business as though it’s a Hummer or a Prius? Everyone used to think Hummers were these cool, awesome machines—until the price of gas went way up. Then they became a symbol of enormous waste. Don’t let the same type of thing happen to your club.”

Liane Cassovay is a contributor to Club Business International.