Kenneth H. Cooper, M.D., has been promoting preventive medicine and disease prevention long before the coronavirus pandemic. Now, he says, it’s time to heighten the need to keep health and fitness levels up.

To counter the misconceptions and negative news—and mark health clubs as essential businesses—IHRSA is meeting with medical and health policy experts to get their view on the matter. This article is the sixth installment in a series in which we will share expert opinions from medical, science, and public health professionals focusing on:

Kenneth H. Cooper, M.D., MPH, founder and chairman of Cooper Aerobics, a preventive medicine physician at Cooper Clinic, and the “Father of Aerobics,” spoke with us to provide his insight on the topic.

IHRSA: How essential is physical activity to mental and physical health?

Kenneth Cooper: Physical activity is very important in preventing Alzheimer’s and dementia. Exercise improves the brain, and from the standpoint of coronary risk factors, “What is good for the heart is also good for the brain.” We have conducted what we call the “Medicare Study,” following 28,000 people (20% women) looking at only one variable—their fitness level as determined by maximal performance treadmill stress testing. After 25 years of follow-up, we were able to show that those in the top category of fitness (top 40th percentile based upon their treadmill time, age, and gender-adjusted) compared to the bottom 20th percentile level of fitness had 36% less Alzheimer’s and dementia.

We also know with FitnessGram testing—that we have been doing in Texas since 2008—including millions of children from around the country that there is a clear relationship between aerobic capacity, body mass index, and grades they make in school.

John Ratey, M.D., has written a book entitled “Spark: The Revolutionary New Science of Exercise and the Brain,” in which he says, “Exercise is fertilizer for the brain.” He also says immediately after exercise, the brain’s areas most perfused with blood and oxygen are responsible for creativity and memory.

IHRSA: How can policymakers and the public prioritize physical activity as essential to mental and physical health?

KC: The sixth-leading cause of death in America today is Alzheimer’s. We can reduce that by at least 36% if people keep themselves at a top level of fitness, measured on their treadmill time, from ages 50-75. Also, further results in the Medicare Study show that for those people in the top fitness category, their cost of healthcare (between ages 65-75) was 40% less than those in the bottom category of fitness. The only variable we looked at was fitness. So that’s cost-effective. There’s nothing on the horizon that has the potential to reduce health costs—which is exploding in America today—that is like exercise, according to our studies. 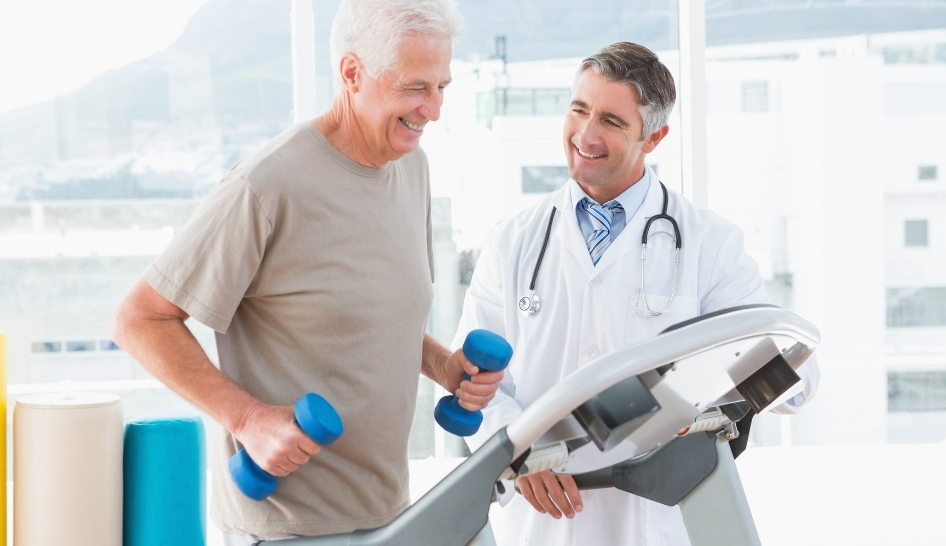 IHRSA: Has the pandemic changed your perspective on the need for people or patients to prioritize physical activity?

KC: It has not changed our perspective on the need for physical activity as we’ve always prioritized that here at Cooper Aerobics. We do show people how to Power Up Your Immunity with these nine specific steps.

Exercising 30 minutes a day, collective or sustained, is top on that list. We know vitamin D is very important. We know for people who exercise regularly—are lean and fit—there’s a perfect correlation between fitness and vitamin D levels. So, exercise has the potential benefit of preventing COVID-19.

I’ve been very pleased to see how many people are outside exercising now. That has been a positive effect of this pandemic that people realize the importance of exercise in building up your immunity to prevent COVID-19.

Read more of Cooper’s thoughts on the relationship between vitamin D and COVID-19.

IHRSA: What do you think is the risk level of going to a health and fitness club that has enacted safety protocols (e.g., enhanced cleaning, physical distancing, and mask mandates for staff and members), and what are the criteria you would use in making that determination?

IHRSA: What specific measures would you recommend for minimizing the risk of going to a health & fitness club, particularly for your higher-risk patient population (e.g., older adults, people with chronic conditions)?

KC: Well, I’m an elderly adult—89-years-old—and strictly based on age and without any underlying medical conditions, I would be at risk for COVID-19 infection. I exercise regularly at Cooper Fitness Center and adhere to the safety measures in place by wearing a mask, practicing 6 feet of physical distancing, using sanitizer on equipment, and regularly washing my hands. Making a statement about older adults—like me—safely exercising in health clubs is hard to do when I don’t know what specific safety measures other clubs are using. In general, I cannot strongly recommend older adults, particularly those with underlying health conditions, to go to health clubs.

As for healthy people, they know they can benefit from physical activity. They need to keep their health and fitness level up—which is a major factor in building your immunity and preventing COVID-19—along with the recommended dosage of vitamin D.

The pandemic is still affecting much of everyday life. But there are still things we can control, such as taking safety precautions, maintaining regular physical activity, and practicing good hygiene. Continuing with these regular routines can help us achieve the most beneficial outcomes now and into the future.

Sami Smith is IHRSA's Communications and Digital Content Producer. On a typical day, she delivers communications and creates content to shape IHRSA's image on a variety of digital platforms. Outside of the office, you can find her traveling to new areas, indulging in food, or participating in just about any sport.