Expert Paul Eigenmann warns if the fitness industry doesn't lead the way for new standards, someone else will—and that could hurt a lot of health clubs.

The leading association for developing and defining voluntary standards in Europe, the Comité Européen de Normalisation—also known as the European Committee for Standardization or CEN—recently published EN 17229 Fitness Centres - Requirements for Centre Amenities and Operations - Operational and Managerial Requirements.

The development of these new standards took six years and involved the collaboration from many experts across Europe. These standards are broad, encompassing the following areas (among others):

Recently, we sat down with Paul Eigenmann to discuss the history of these standards and what it means for the global fitness industry. Eigenmann is an industry expert on standards and a former CEN convenor who led the working group responsible for the development of the CEN standards throughout most of the process. 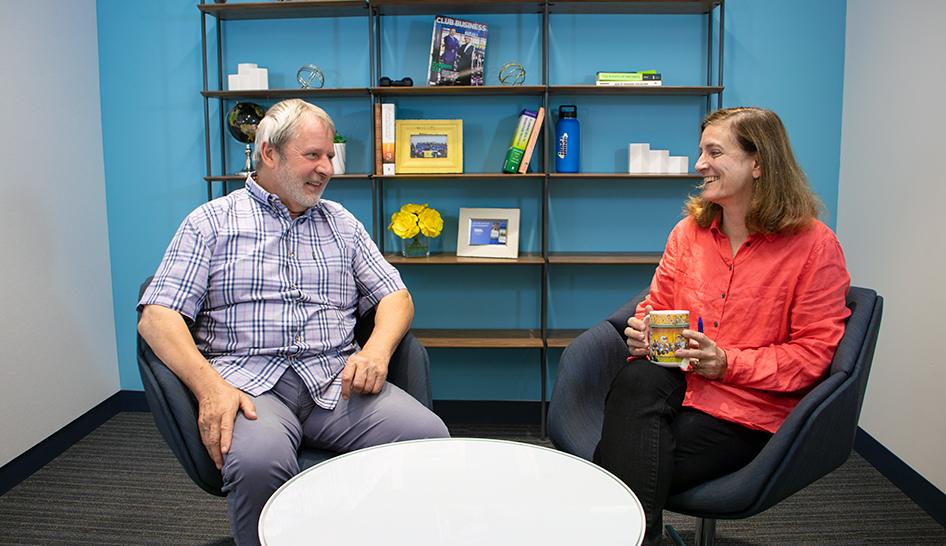 Paul Eigenmann with IHRSA's Helen Durkin during his recent visit to IHRSA headquarters in Boston.

He was the chairman of standards established by the German Institute for Standardization (DIN) that the new CEN Standards were based upon. He also helped develop a system of third-party certification in Switzerland, leading to health insurers subsidizing club memberships at certified Swiss fitness facilities.

Eigenmann was kind enough to share some insight on the new standards passed by CEN and the impact that they could have on health clubs around the world.

Eigenmann believes paying attention to standards is important because they can benefit the fitness industry in three ways:

Standards—when implemented correctly—can provide a basis for mutual understanding between businesses, organizations, and individuals, while making trade easier by ensuring compatibility of products and services.

Additionally, by regulating practices, standards protect health clubs from a degree of risk. There's an inherent risk when working out says Eigenmann. If an injury occurs at your club, and you find yourself battling a lawsuit you are more likely to prevail if there is an industry-standard and you can demonstrate that you follow it. Showing you follow the recommended standards, could be the deciding factor in your case.

"It's very difficult in a lawsuit, for example, to prove that your decision not to follow specifications for spacing equipment is better than what the experts recommend," says Eigenmann. "You'll have no chance, and will have to close your club."

“You'll have no chance, and will have to close your club.”

Eigenmann's native Switzerland is an excellent example of what can happen. Health insurers provide subsidies to individuals who pay for a membership to a health club. However, the club must be certified by an independent third party to ensure that they are following established standards.

Standards play a vital role in allowing the health club industry to define its place in the health care market. As Eigenmann puts it, “[The healthcare industry] will not adapt to us, we have to adapt to them.”

CEN communications have echoed Eigenmann's sentiment, adding clubs small and large can benefit from complying, and they believe doing so is vital for the general success of your business.

The Global Impact of CEN Standards

These new standards will replace any previously existing national standards for all member countries of CEN.

Even though CEN standards are voluntary by nature, they are often critical in liability cases. Often, ruling bodies will reference CEN standards while deciding legal and court cases.

Additionally, CEN standards can influence fitness facilities outside of Europe in two ways:

The ISO has international regulatory capabilities that could broaden CEN standards to apply on a global level.

For these reasons, IHRSA actively monitors and attends meetings discussing current and proposed standards on behalf of our European members and the global fitness industry.

Contributing to these organizations lets us ensure the logical and reasonable development of any suggested practices. Staying up-to-date on any changes as they happen allows IHRSA to protect our members in Europe—and globally—from any excessively harsh and severe standards.

The CEN standards are available for purchase.

To learn more about CEN, visit their website. We will continue to update you as more standards are proposed and approved.