CrossFit Crosses Over: From Competition to a Health Club Offering

CrossFit is now renting spaces in traditional facilities and using their unique offerings to help clubs gain new members and retain old ones.

CrossFit has become not only a fitness industry power, but also an industry driver.

With more than 13,000 locations and a market value of around $4 billion, it serves as the very definition of a fitness juggernaut. The acknowledged answer for millennials and anyone else who’s interested in a rigorous workout, it’s carved out a huge international niche.

In an article titled “Big Gyms Shoot for a CrossFit Vibe, Without CrossFit,” The Wall Street Journal discussed the ways in which traditional clubs were adapting to the phenomenon.

Today, the new trend that the Journal might describe is how clubs are adopting CrossFit. This time, the headline might read, “Big Gyms Shoot for a CrossFit Vibe with CrossFit.”

Way back then, in 2015, the story was about coat-tailing on, capitalizing on, the opportunity that CrossFit had identified and tapped by introducing similar high-intensity programs. 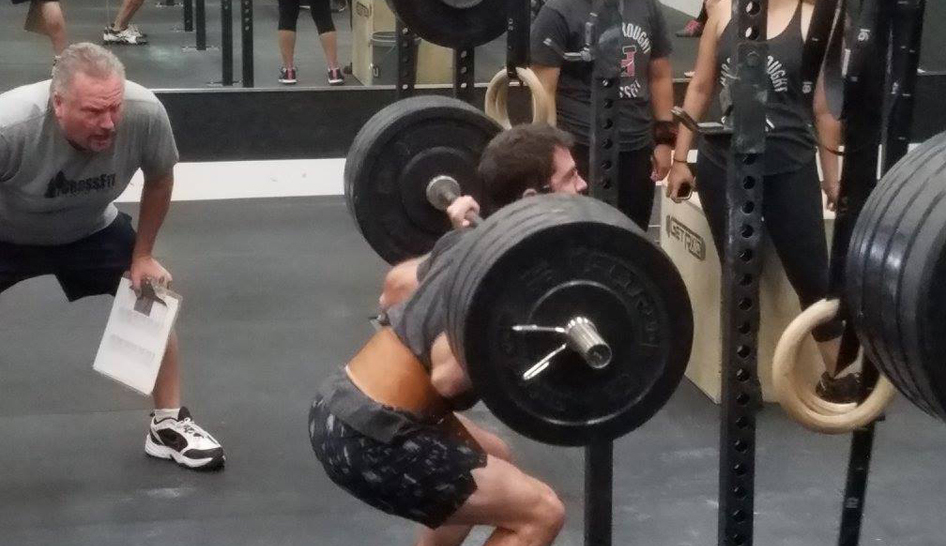 Pura Vida, an IHRSA-member club in Denver, CO, the newspaper reported, had spent $120,000 to revamp a medical office in the basement of its building to generate a “hard-core” vibe. It created a small-group training space with concrete floors, monkey bars, weight racks, and more.

And that was just the beginning.

24 Hour Fitness, based in San Ramon, CA, launched TC24, a functional-training program for groups of six to 20 people, with levels that become increasingly difficult as members move through them. And Life Time Fitness, a 126-club chain headquartered in Chanhassen, MN, began offering Alpha Training, a high-intensity program for groups of just two to six. Like CrossFit, Alpha Training focuses on speed, power, strength, and endurance. Life Time even holds the annual Alpha Showdown, an event similar to the nationally televised CrossFit Games.

At the time, CrossFit dismissed the notion of opening its “boxes” in traditional clubs or of aligning with large chains. Russell Berger, CrossFit’s head trainer, told the Journal that “to have a corporate entity representing our brand in multiple locations is really the antithesis of what we’ve done to this point,” adding that individual owner-operators are its bread and butter, and that it often rejects applicants “who are offering a lot of money, but for the wrong reasons.”

In the same article, however, industry consultant Bryan K. O’Rourke, the president of the Fitness Industry Technology Council, suggested that club members might want “the real deal.” Prescient, that O’Rourke.

On the corporate side, it’s fairly easy to obtain a CrossFit box. You pay an annual licensing fee of $3,000, provide proof of insurance that meets CrossFit’s standards, and employ a Level 1 CrossFit certified trainer. The certification costs $1,000, and requires weekend training and the successful completion of a written test. CrossFit certification encompasses four levels: Level 1 Trainer; Level 2 Trainer (requires six months of training others and completion of an online course); Level 3 Trainer (first two levels, plus the completion of ANSI- certified Certified CrossFit Trainer [CCFT] exam); and Level 4 Coach (previous qualifications plus a performance evaluation).

Beyond that baseline, CrossFit licensees have plenty of latitude.

The Olympic Athletic Club, a 150,000-square-foot, multipurpose facility in Seattle, WA, made CrossFit a part of its environment two-and-a-half years ago.

“CrossFit is the fastest-growing exercise methodology in the world, and we wanted to offer it to our members as a functional fitness option,” says Kyle Hyde, Olympic’s fitness director. “There are approximately seven other CrossFit affiliates within a three-mile radius of our club, and many others in the greater Seattle area; however, we’re the only licensed affiliate located inside a health club.”

Olympic converted an 800-square-foot racquetball court into its CrossFit studio, stocking it with $20,000 worth of equipment. Three of the club’s existing personal trainers are CrossFit certified, so there was no need to add staff.

Beyond Fitness, which has two clubs in Paradise, CA, added a CrossFit box to its 1,500-member Pence Road location two years ago.

“At the time, there were no other CrossFit facilities in our area. It was clearly becoming popular, and people were traveling to other cities to participate in the regimen,” says Aaron Singer, the company’s group fitness and personal training director. “We wanted to offer a program that seemed a good fit for our demographic.

All things being equal, the space, equipment, and staffing standards of our sample in-house CrossFit boxes mesh fairly well with those of the stand-alone operations. For Olympic and Beyond Fitness, the road diverges with respect to the demographics of the members who are taking part. Hyde and Singer both report that they have more than 40 active CrossFitters. Hyde sees age ranges anywhere from 20 to 70, with a 50/50 gender split. Singer has members as young as 14 and as old as 74, with the median age falling between 30 and 50; two-thirds are women.

Both age ranges are far outside the millennial norm for a typical CrossFit club.

It makes sense that a facility with a diverse membership base would attract a wider variety of participants to the program, but, because CrossFit is known for its higher-intensity workouts, it might seem unusual that older members would find it appealing.

“You work with the demographics you have,” says Singer. “While we were expecting more in the 20-to-40 range, people who live in a retirement community in our area also expressed interest. Working with seniors and individuals who need rehab is part of my background, so we were able to safely bring those members into programs that worked for them.

“Based on those we serve, we’ve modified programming in ways that other CrossFit boxes might not. Not everyone who wants a rigorous workout goes hardcore.”

At Olympic, any member who’s interested in joining the CrossFit program needs to first familiarize and orient themselves via free Saturday classes, and then take part in the Jump Start Series, which costs $149 and covers functional fundamentals. If they’re able to complete Jump Start with no issues, they’re eligible to join the regular CrossFit classes. Prices for members range from $20 for a drop-in session to $145 per month for unlimited classes.

“CrossFit is the fastest-growing exercise methodology in the world, and we wanted to offer it to our members as a functional fitness option There are approximately seven other CrossFit affiliates within a three-mile radius of our club, and many others in the greater Seattle area; however, we’re the only licensed affiliate located inside a health club.”

Hyde and Singer acknowledge that the move into CrossFit hasn’t come without some dissension and difficulties, albeit from different quarters within their clubs.

“It’s received somewhat mixed reviews from our members,” says Singer. “Because of its reputation, many people are intimidated by it. We thought that once they tried it and had a positive experience, people would be more excited about it, but it hasn’t been wildly popular. That might also be because the cost of the classes isn’t included in the membership fee.”

For Olympic, the initial pushback came from staff. “Some of our people don’t agree with the CrossFit methodology,” explains Hyde. “Initially, we received some negative feedback from a few employees in the personal training department. However, we reminded them of our policy of respecting other exercise methodologies. We also invited them to participate in the program at no cost to learn more about it, and offered to pay certification fees for anyone interested in becoming an instructor.

“Once we got past those issues, we grew the program fairly quickly.”

So what’s the verdict? Does having a CrossFit box in a club work?

For Olympic, the answer is an unequivocal yes. While the revenue it produces is marginal compared to that generated by personal training, it does provide additional group training income. More importantly, adds Hyde, “The program has, in fact, become a great marketing and retention tool, helping us to attract new members and retain existing ones. Also, we sponsor community events and in-house competitions to build the program and cultivate community morale.

“Overall, it’s been a great addition to the club,” he says. “It offers our members another exercise option at almost the same price, per month, that they’d pay to just belong to a CrossFit gym.”

While Beyond Fitness is breaking even with the program, in general, it still hasn’t recouped its initial investment in buildout and equipment. And, in the beginning, Singer was forced to deal with an unpleasant bit of drama. The people who were supposed to assist him in developing the project dropped out, and one of them subsequently opened a CrossFit box in a nearby town, taking several of the club’s clients with them.

“So, it took us a couple years to be up and running, and we built the client base from scratch...but competition is a fact of life, so we handled it,” he says. “At this point, we’re happy it’s in place, and I’m excited that we have something to offer a wide range of member demographics. It’s another genre of fitness, and, for the members who do it, it’s well worth their time.

“At the end of the day,” he concludes, “giving our members what they want makes any investment worthwhile.”