Advice to Health Clubs on Surviving the COVID-19 Pandemic

“This is an industry that can once again show its resilience, come together in ways it never imagined back in March 2020, and set new standards for governmental agencies and our current and future club members,” writes Industry stalwart, Rick Caro.

In my 48 years in the health club industry, I have never witnessed such a seismic challenge as this pandemic. But, I have also been so impressed with the ingenuity and perseverance of the club leadership to overcome obstacle after obstacle despite the twists and turns of governmental regulations. In addition, the public’s perceptions of safe indoor environments have created monumental hurdles for all club and studio operators. 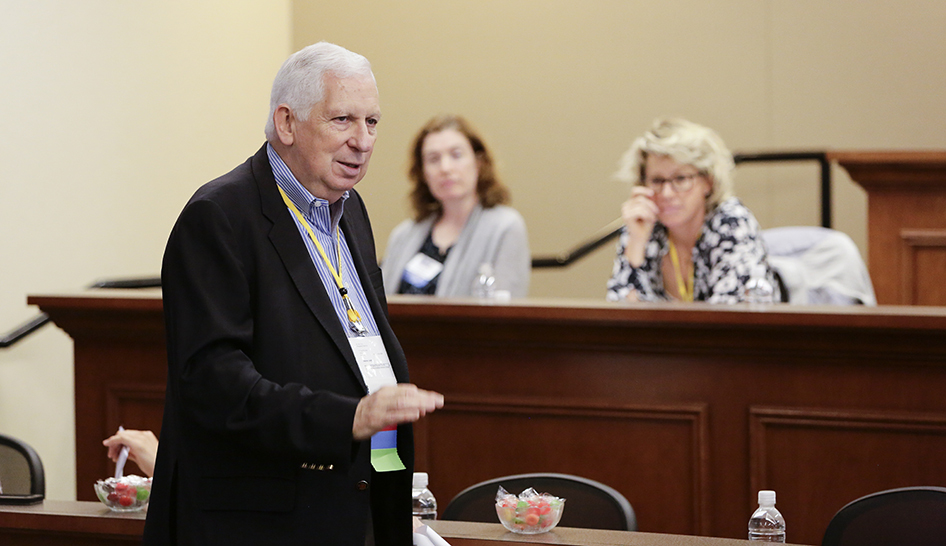 Rick Caro during an IHRSA event.

When I entered the club industry five decades ago, the three-word guideline was: Location, location, location. Obviously, this was an appeal to identifying proper market conditions and to creating the ideal site for the long term. Given the pandemic, survival has caused all club operators to access additional capital. This has led many to attract additional equity from existing or new investors, redo the debt relationships with borrowers, access governmental funding (where eligible), effectuate landlord rental adjustments, dramatically cut costs, and create revised vendor relationships.

Unfortunately, many had plans for one governmental shutdown and only for a limited duration. For many, this planning did not encompass much longer shutdowns or a second one, much greater restrictions on operations (limited use of certain indoor space, limited hours, limited procedures) and a much lower-level of the number of members who would agree to return early after the clubs' reopening.

“The public’s perceptions of safe indoor environments have created monumental hurdles for all club and studio operators.”

This pandemic did trigger a unique coming together of clubs in states that had never contemplated such shared interest previously among competitors. The initial focus was on reopening. What became clear is the club industry had a list of significant challenges to overcome. Often, it had no direct voice to the leaders of a state or county. The industry had a negative image, like other indoor spaces (bars, restaurants, casinos, arenas, etc.) of possibly being a “super spreader” of the virus. It was not considered really a preventative part of the healthcare continuum. It had no independent research to provide on the lack of droplet transmission in clubs, despite extensive new cleaning protocols and improved air filtration systems. It was not differentiated by local or state health officials. Several references were made to incidents in South Korea or statements by the CDC (Center for Disease Control and Prevention), which were harmful to the club industry.

When frustrations built up in some of these states, lawsuits by club state alliances were initiated against governors. This concept has not worked. These lawsuits are very costly. In investigating several, all of these state officials have delayed and deferred any positive steps in the legal process. In some cases, they have created a negative response by the state leaders. Apparently, state government leaders have indicated that they will ensure that these legal cases do not result in a timely outcome. Things have actually become more difficult going forward.

There are three better steps to solving the reopening issue for success in the long run. First, clubs and IHRSA (their trade association) should collectively work together to involve the medical community.

A well-respected medical authority at one of the top 25 preeminent nationally-rated medical hospitals will positively influence state health officials. A Mayo Clinic infectious disease expert has “standing” with a state health officer and especially, a county health official. A recognized third-party expert can carry the day, while even a local doctor cannot. This may require using dollars to pay for their professional expertise. It requires reaching out to the highest levels of doctors in a variety of disciplines (cardiology, orthopedics, mental health, women’s health, pulmonology, etc.) at some of these top 25 medical institutions. This means networking to reach them and do so timely. If all club leaders can identify such leading doctors to IHRSA, this can lead to a benefit for all clubs in the U.S.

Second, the industry lacks proper research to prove that when clubs follow the mandated protocols (required by local or state governmental authorities), there is no transmission of the virus. Having instruments to measure this in a quick manner for a wide variety of types of clubs and studios (small, medium, and large with different types of spaces) would solidify the third-party validation that the regulations promulgated for clubs are appropriate given the proper club follow through to allow for accountable indoor use. This research is lacking at this time. IHRSA is in the midst of several studies, but those are not completed yet. More involvement in a variety of states may be needed.

“If all club leaders can identify such leading doctors to IHRSA, this can lead to a benefit for all clubs in the U.S.”

Third, most governmental authorities truly believe that there would be some clubs or studios who will not conform to regulations. So, these local and state governmental leaders will be biased against the category. This may be because of a few clubs in a state alliance who may have had a prior history of not conforming to state or local regulations and have tainted “records” with the state attorney general, consumer affairs department, Better Business Bureau, and other local governmental agencies. So, clubs need to be proactive now.

IHRSA has launched an Active & Safe Commitment pledge. This is similar to what is already happening in the hotel, airline, and restaurant industries. It is a commitment to adhere to such regulations as physical distancing, safety protocols, sanitizing procedures and contract tracing systems. If each of the clubs in a state alliance pledged a commitment to this "Active & Safe" environment, officials would understand the club industry separately and—hopefully, much more favorably—from a wide variety of other types of use for indoor spaces.

If this still does not seem to be effective with governments, a third-party validation company may have to be utilized to help clarify how clubs are really behaving and controlling the virus properly.

Obviously, with these suggested steps, it is ideal to have a voice at the decision-maker’s front door. Sometimes, there may be a club industry leader who has such a relationship. That was the case in a few states recently. This is the much preferred method of influence. If the three actions above plus the use of personal influence were implemented, there would be no need to even consider legal action.

Recently, there have been suggestions that clubs should stay open and defy a state-mandated closing. There is real legal exposure to remain open in such a circumstance. If someone contracted COVID-19 and blamed it on the club, he could demand his medical and hospitalization bills and any loss of business income is the responsibility of the club. The burden is on the club to prove that the virus was not contracted there. No club insurance carrier will defend the club, since the club was violating laws. If others also got exposed based on the spread of this case, the club would then be at risk for all claims. And, in the worst case, if that individual died, the club would be fully exposed for millions of dollars based on actuarial tables. All legal expenses would be borne by the club. It might take 2-3 years to litigate. The social media channels would be lit up with negative press. This could severely damage the club’s value and cause its decline or demise.

In some cases, the owners have considered defying the governmental mandates. The key club executives at the club would then have personal exposure, with also no insurance company protection. Large fines would be levied. Horrific public relations—in this case, all negative PR—would immediately follow and would continue for months on end. The consequences are significant for a violation of law, both in terms of monetary exposure but also online reputation and business damages.

The solution is to band together, to present the industry’s best image, to follow through on several of the recommendations and clearly avoid any illegal activities. This is an industry that can once again show its resilience, come together in ways it never imagined back in March 2020, and set new standards for governmental agencies and our current and future club members.

Rick Caro is the president of Management Vision, Inc., a leading consulting firm specializing in the club industry. He currently serves on two boards and four advisory boards serving the health club industry. Previously, he was chairman of the Spectrum Clubs, Inc., a leading club ownership company with plans to consolidate the industry. After only six months, it became the 10th largest company in the U.S., with two major club clusters in Texas and California. He is a 47-year veteran of the club industry. He previously was the owner of an eight-club organization of multi-sport clubs in the northeast U.S., which he successfully sold in 1983. Over the last six years, he has consulted to over 1,700 clubs. Caro was the founder, past president, and director of IHRSA. He is a frequent writer for various trade publications and the author of the book, Financial Management, targeted for the club industry.