4 Trailblazing Women in the Fitness Industry

The fitness industry has produced—and benefited from—many strong, pioneering women. These women have started and grown their businesses, mentored the next generation of women leaders, taken leadership roles in the industry, and embraced innovation and change as the industry grew.

Here are four of our favorite trailblazing women in the fitness industry. 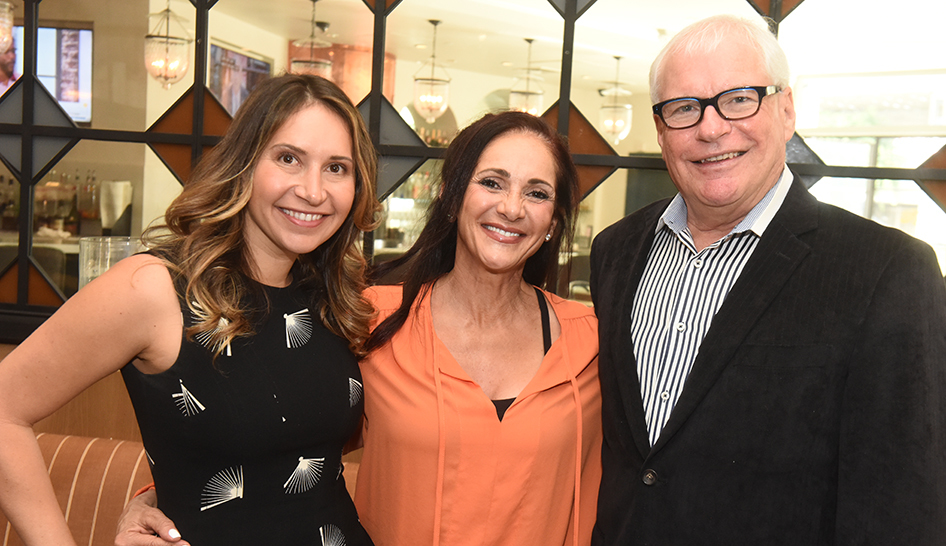 Julie Main was an IHRSA board member, club owner, and founder of a wellness program that continues to make a difference in the lives of women.

Julie was co-owner and president of the West Coast Athletic Clubs in California, a former board member and chair of the IHRSA Board of Directors. When she was diagnosed with breast cancer in 1993, she learned first-hand the powerful role that exercise plays in cancer treatment and rehabilitation. As a result, Julie co-created a community organization, the Cancer Well-fit Program, which enables cancer patients to feel better about themselves and cope with cancer through exercise.

The Cancer Well-fit Program is now a non-profit organization that has served thousands of cancer patients, and has inspired similar programs running in health clubs across the United States.

Each year, IHRSA honors Julie Main by presenting the Woman Leader Award to a woman who exemplifies Julie’s qualities of leadership and drive. The recipient receives a scholarship to attend IHRSA’s Annual International Convention & Trade Show.

Pat Laus, CEO of the Atlantic Club in Manasquan and Red Bank, NJ, and former IHRSA Board Member, is a tireless advocate for the industry and has pioneered a number of innovative health and wellness solutions in her community.

In addition, Pat Laus has committed herself to leveraging her club and members to support important organizations. In 2005 Pat founded “Clubs for the Cure,” raising over $1 million for the Avon Breast Cancer Organization. In 2007 “Clubs for the Cure” transitioned to “Clubs for the Quest” in support of Augie’s Quest. Since then, over 200 clubs have raised over $5 million. Pat has collected a number of awards for her work, including the Lou Gehrig Humanitarian of the Year Award, Club Industry International Community Service Award, and IHRSA’s Outstanding Community Service Award.

Lynne Brick, a former member of the IHRSA Board of Directors, played a key role in creating the Julie Main Scholarship (now the Woman Leader Award in honor of Julie Main) and establishing IHRSA’s Women’s Leadership Summit. Lynne lead the coalition in Maryland that ultimately defeated an attempt to tax health club memberships in the state.

The Brick’s business started in 1982 with a part time aerobics studio, and has since grown into a multi club business serving over 375,000 members, including five Brick Bodies coed and two Lynne Brick’s women-only clubs in Baltimore, and 60 Planet Fitness franchises in four states and Washington, D.C.

In 2007, the state of Maryland proposed an expansion to the sales tax to include health club dues and services. Lynne Brick and the Maryland coalition fought back. Lynne notes that her most memorable experience as part of the Industry Leaders Club (ILC) was “when we defeated the expansion of the sales tax in Maryland. We recruited bus loads of members and staff in addition to other clubs in our region and stormed the capital of Annapolis, Maryland. We starting chanting ‘Don’t tax health’ and doing push-ups in front of the building where the hearings transpired, called ‘Lawyers Mall.’” Lynne spoke in front of the chamber, explaining “that sitting is the ‘new smoking’ and as a state we need to encourage citizens to move, not inhibit or create barriers by including health club memberships under the expansion of the sales tax”. The coalition ultimately won, defending Maryland clubs against a sales tax.

Anastasia Yusina is a founding member of the IHRSA European Council, and 2011 IHRSA European Club Leadership Award winner, which recognizes a club leader who has advanced their company and the industry through strong leadership and performance in the European market.

Yusina and husband Alexy started Strata Partners 10 years ago with one club. The company has since grown to 33 clubs, two brands—Orange Fitness and City Fitness—in three countries, and serves over 70,000 members. She is also president of Fitness System Holding and developer of the Gravity Studio microGym concept in Florida. One of her brands, City Fitness, is a medical rehabilitation center offering a range of medical rehab, fitness, and diagnostics services, focusing on sports and post-trauma treatment. Yusina said, “we want to show our clients that fitness is more than a preventative health tool—it’s also able to make people healthy again.”