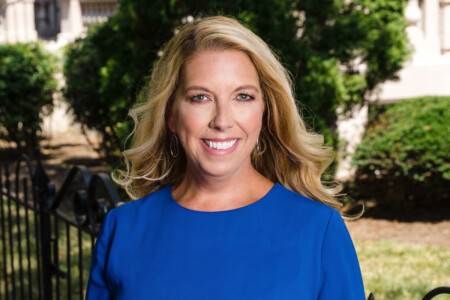 Liz Clark is IHRSA's first female president and chief executive officer in the association's 40-year history. She joined IHRSA at a critical time for the fitness industry and the association, and is well-equipped to double down on advocacy and communication efforts. A self-described "Energizer Bunny" and well-regarded Beltway presence, Liz is focused on making IHRSA known in Washington, D.C.

Prior to joining IHRSA in 2021, Liz spent 10 years spearheading government relations and advocacy at the National Confectioners Association (NCA), the trade association for the $44 billion candy industry. During her time, she directed the CandyPAC and was chief liaison and strategist. Among her notable accomplishments, Liz successfully lobbied to have confection manufacturing deemed "essential" during the pandemic. In 2016, she worked with congressional partners to develop the Congressional Candy Caucus and created a robust state government affairs program for the NCA.

Before her time at NCA, Liz was an executive director in the U.S. Chamber of Commerce. She was the world’s largest business federation representative on trade at the state level and worked closely with former Secretary of Education Margaret Spellings. Her focus was engaging and educating both lawmakers and the business community around trade and their role in public education, respectively. Liz previously worked at the National Paint and Coatings Association where she lobbied state and federal governments. She also directed NPCA’s chemical security committee, served as a liaison, and ran an environmental, health, and safety program.

Liz is a lifelong athlete whose commitment to fitness included rowing crew as an undergraduate at the University of Dayton. where she graduated with a B.A. in Communications. She received a Master of Arts in International Commerce and Policy from George Mason University. Liz lives in Arlington, VA, with her husband and three children.