Majority of Members Make Good on Plans to Return to Clubs

Early screening data showed that a large number of members were eager to get back into their health and fitness clubs. Those numbers continue to hold true in the latest reopening data.

BOSTON, MA—July 22, 2020—After a long layoff from accessing health clubs, surveys show a vast number of members have already returned or plan to return to their health club, gym, or studio. Data from four markets also indicate that physical activity decreased among users while clubs were closed.

“The critical role regular exercise plays in boosting health, wellbeing, and immunity is well-documented,” said Joe Moore, IHRSA CEO and president. “Multiple accounts show that a large majority of members intend to return to their health club, gym, or studio once they reopen after shutdowns.” 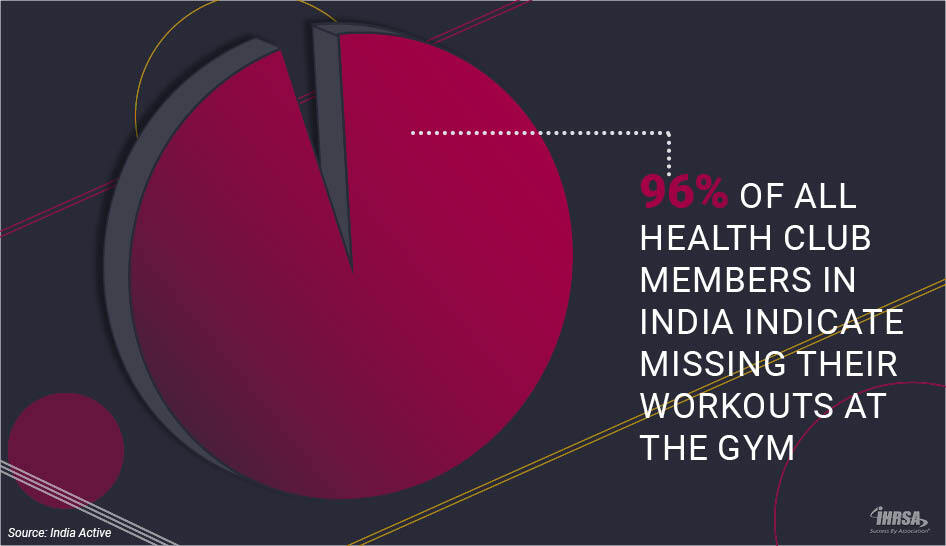 Early data from top-tier health clubs indicate that up to 80% of members have safely returned within weeks of reopening. Data provided by Peerfit shows that membership visits at fitness and wellness locations in their system increased by 101% from May to June. Additionally, data compiled by ABC Financial shows that club visits in the U.S. and Canada were up by 40% for the week ending July 10 in comparison with the week ending July 3. New member joins were also up by 19% over the same period. Since reopening, clubs have attracted over a million new joins and at least 44 million visits.

“While many clubs are still in need of relief to continue operations, reports from consumers show that people rely on their health and fitness clubs to engage in physical activity,” said Helen Durkin, IHRSA’s executive vice president of public policy. “Physical activity declined among club consumers during shutdowns, highlighting the need for relief and incentives in order for health clubs to continue facilitating healthy habits such as regular exercise.” 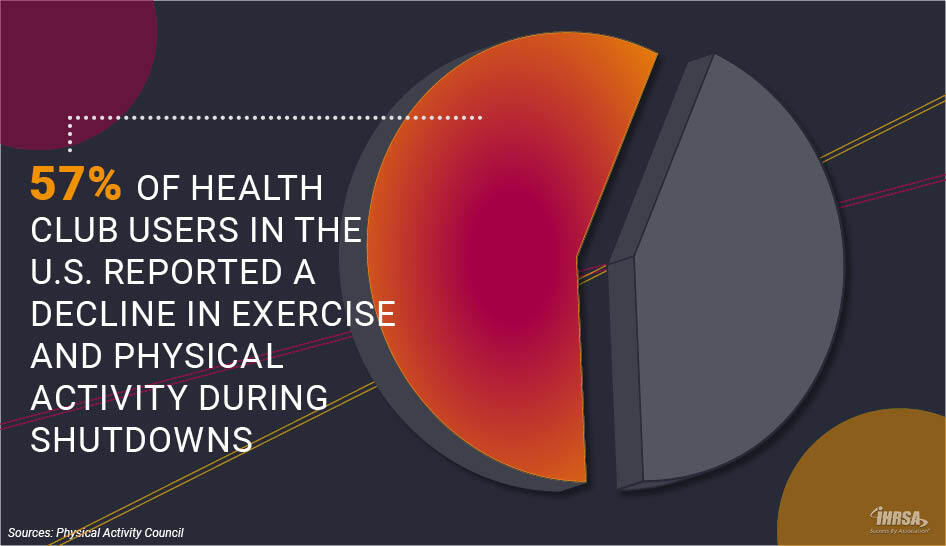 IHRSA, the International Health, Racquet & Sportsclub Association, is a not-for-profit trade association representing the global fitness industry of over 200,000 health and fitness facilities and their suppliers.

IHRSA maintains a leadership role in advancing physical activity, which is critical to peak health and fight the battle against obesity and chronic lifestyle disease. As one of the world's leading authorities on the commercial health club industry, IHRSA’s mission is to grow, promote, and protect the health and fitness industry, while providing its members with benefits and resources. IHRSA and its members are devoted to making the world happier, healthier, and more prosperous through regular exercise and activity promotion.