Freemotion Flies the Flag for Inclusivity

Global fitness manufacturer teams up with all-star duo to shine a spotlight on inclusivity at the 2019 Athletic Business Show.

November 7, 2019—Athletic Business, a leading fitness and education conference, will provide the backdrop as Freemotion reaffirms its commitment and shares its passion to highlight the importance of creating adaptive, inclusive and innovative workout equipment and experiences. In addition to this, to celebrate Veterans Day (November 11th), Freemotion Fitness will welcome special guests, Anthony Robles and Centra "CeCe" Mazyck, to the Athletic Business Show’s Military Reception on Wednesday, November 13th.

Anthony—a fitness Guinness World Record holder, National Champion Wrestler, and Author—was born with one leg but has conquered great adversity to become an inspiration to millions and figurehead for inclusive fitness. Anthony will join Freemotion fresh from his attempt to earn a second Guinness World Record during the NFL Network's GameDay broadcast on Sunday, November 10th. Having previously set a world record by completing 62 pull-ups in 60 seconds, Anthony will now attempt to break the record for the most pull-ups in one minute, but this time wearing a 40-lbs weight jacket.

Anthony said: "My dream is to take the success I've had and encourage other people to continue breaking boundaries and not let their challenges define them. I want to do all I can to make sure that fitness is accessible to everybody. My message has always been to 'never give up'—something I live by each and every day. As well as encouraging other people to aim high and push themselves as far as they can, I also encourage the health and fitness industry to never give up when it comes to making fitness more inclusive."

"As part of my ongoing mission to inspire other people to go beyond their perceived limitations, I'm attempting a second World Record to mark Veterans Day. I've been training hard for five months and feel confident about the possibility of setting a new record," Anthony continued. "Not only do I love the Freemotion FitRig, which I’ve trained with for the past year and will use for my World Record attempt, but I also love what Freemotion stands for. It's a company that genuinely cares about adaptive training and puts inclusivity at the heart of its product design. I'm excited to represent Freemotion during my World Record attempt and at Athletic Business, as I'm a huge proponent of the health and fitness industry becoming more inclusive and I want to encourage businesses to do more to reach out to the adaptive community that’s ready to be invited to the table. I want to help bridge this gap, open up communications and make sure that EVERYONE is given the opportunity to work out, enjoy exercise and become unstoppable."

Anthony was recently announced as an Ambassador of the Disabled American Veterans (DAV) and is continually fighting for inclusivity for people of all ages, experience levels and abilities.

Joining Anthony will be fellow DAV Ambassador, CeCe Mazyck, who is a retired Sergeant First Class (SFC) and a Paralympian in track and field who competed at the 2012 Paralympic Games. A new mother at the time, CeCe was paralyzed when an unexpected gust of wind turned a routine jump from her plane into a perilous freefall. She and a fellow jumper became tangled, and, while her training allowed her to separate the two parachutes successfully, there wasn't enough time to properly brace for impact.

"I landed with my feet and knees totally straight, so you can imagine the kind of impact that had," said CeCe. "I fell and burst my L1 and L2 vertebrae; I was paralyzed on impact, and the doctors told me I would never walk again. It’s a privilege to be attending the Athletic Business Show with Anthony and Freemotion. As a mom and professional athlete, I’m determined to help build a more inclusive world for current and future generations, particularly when it comes to exercise, as this is incredibly important for people’s physical and mental wellbeing. I’m looking forward to speaking to as many people as possible at this event to help Freemotion raise the profile of inclusive fitness and showcase its incredible range of adaptive fitness equipment.”

Anthony Robles will be signing copies of his best-selling book, Unstoppable (soon to be turned into a major film*), at the Military Reception during the Athletic Business Show.

Freemotion makes modern fitness machines that are ​safe, reliable, state-of-the-art and raise the fitness levels of passionate goal setters.​ Together with our 40-year old parent company, ICON Health & Fitness, we're believers in what’s next, what’s possible and what’s worth every drop of sweat. Learn more at the new the Freemotion Fitness website.

Founded in 1977, ICON Health & Fitness is one of the world’s largest developers, manufacturers and marketers of exercise equipment with brands that include NordicTrack, Freemotion, ProForm, and iFit. For the past 40 years, ICON has become the fitness industry’s leader in technology and innovation—with a legacy for the continuous pursuit of maintaining and improving the human body. 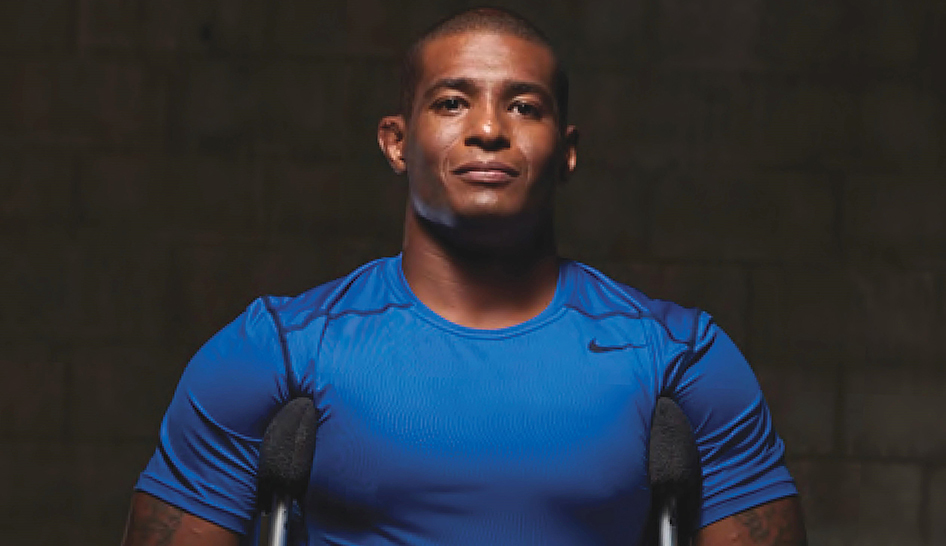